A technical breakdown of the Land of the Dead from Pixar’s Coco. RenderMan 22, the latest version of the renderer, integrates new lighting technology used on the movie into the commercial release of the software.


Originally posted on 19 July 2018. Scroll down for news of the non-commercial edition.

Pixar has released RenderMan 22, a major update to the production renderer, introducing a new ‘live rendering’ workflow and improving overall rendering speed by up to 100%.

Under the hood, the ray tracing core has been updated, and the old RIB-based scene description is being replaced by a new scene graph based on Pixar’s Universal Scene Description format.

The update also adds the studio’s own Pixar Unified light integrator, and a new representation for curves.

In related news, Pixar has announced that RenderMan XPU, the hybrid CPU/GPU rendering technology announced alongside RenderMan 22 at Siggraph 2017, is now scheduled for the “RenderMan 23 timeframe”.

According to Pixar: “Previously artists may have had to restart renders to see their changes to their scene. We’ve removed many of the restrictions that require users restart a render or wait for feedback.”

Of those restrictions, one of the biggest was the need to write out an RIB file when rendering.

Pixar is currently switching from its old RIB-based scene description to a new scene graph based on its Universal Scene Description, removing this intermediate step.

According to Pixar, RIB is “still around” – writing out RIBs for distribution to a render farm is still one of the batch render options in Maya, for example – but its use will presumably be wound down over time.

The tool enables artists to switch between unidirectional or birectional path tracing on a per-light basis, and uses “state-of-the-art techniques … where indirect light is guided with light paths”.

It also uses Manifold Next Event Estimation to resolve caustic paths faster, making it feasible to use caustics more widely in production: one use case that Pixar cites is rendering human eyes.

The software’s ray tracing core has itself also been overhauled: as well as the new scene graph, an extensive clean up of legacy code has reduced the size of the code base by 30%.


Overall speed boosts of up to 100% – more on complex shots
The resulting performance increases are quite significant: Pixar claims that overall, rendering is 10-100% faster than the previous release, and memory usage 10-30% lower.

Computationally intensive tasks benefit even more heavily: pure ray tracing is up to 3x faster, and curve rendering up to 6x faster.

In RenderMan for Maya, that means being able to render directly to Viewport 2.0, and to groom hair and fur interactively in XGen.

The user interfaces have also been rearranged to “expose useful simple controls first”, designed to reduce the amount of user input required to generate an initial image.

The Preset Browser, RenderMan’s built-in catalog of readymade materials and light rigs, has also been redesigned to make it easier to share assets between host applications.

Smaller changes, deprecated features and backwards compatibility
Other new features in RenderMan 22 itself include Progressive Multi-Jittered Sampling, intended to improve sample placement in traditionally undersampled areas of an image.

Deprecated features include the Dtex format – Pixar recommends Deep EXR instead for deep compositing – and the old PxrGlass and PxrSkin materials.

Most existing assets should work as normal in the new architecture, although layered materials created with the PxrSurface shader introduced in RenderMan 21 may render differently, particularly when using SSS.

C++ plugins are also “likely to require a few minor changes to work in version 22”, although Pixar hasn’t released the APIs for the new architecture yet: it just says that it plans to publish them “at a later date”.

Integrations are available for Maya 2017 and above and Katana 2.6v4 and above. Houdini contains its own integrated interface to RenderMan, with support for version 22 due in “Q4 2018”.

There is also an unofficial integration plugin for Blender, although at the time of posting, it hadn’t been updated to version 22. 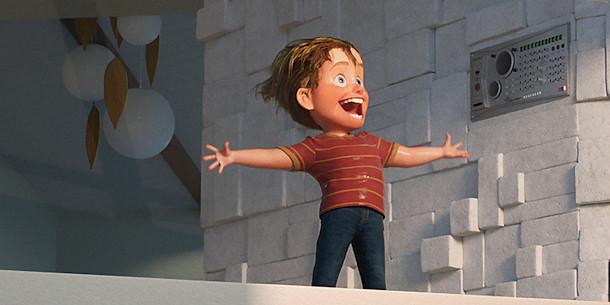 As with previous non-commercial editions, it isn’t watermarked or feature limited, although the licence does time out after 120 days, after which you have to renew.

The edition can be used for personal projects, research, and tools development, including the development of commercial plugins and assets.

To download it, you will need to register for a free account on Pixar’s forum, which entitles you to two node-locked licences. The system requirements are the same as for the commercial edition.