How to design believable fantasy beasts

Tips from a top illustrator for imagining original creatures.

There are many ways to approach creature and character design, and it all depends on what you want your end result to be. Look to the natural world for inspiration, as this can help you come up with some odd-looking creatures. One of the best places to spark off ideas is with a Google search – try exploring deep sea fish, unusual birds and bizarre insects.

How to draw and paint

When designing a fantasy creature, always have in mind where this beast’s habitat might be, what it might eat, whether it’s nocturnal, and whether it's something's prey or a predator. All of these things will influence the final design.

For instance, if you had a large herbivorous animal, ask yourself what does it eat? Who hunts it? If it has natural predators then what – if anything – has it evolved to protect itself? Speed? Armour? Poison? All of these questions should go through your mind at some point. They’ll ensure your creature feels like it might exist in real life, and that’s when the magic starts to happen... 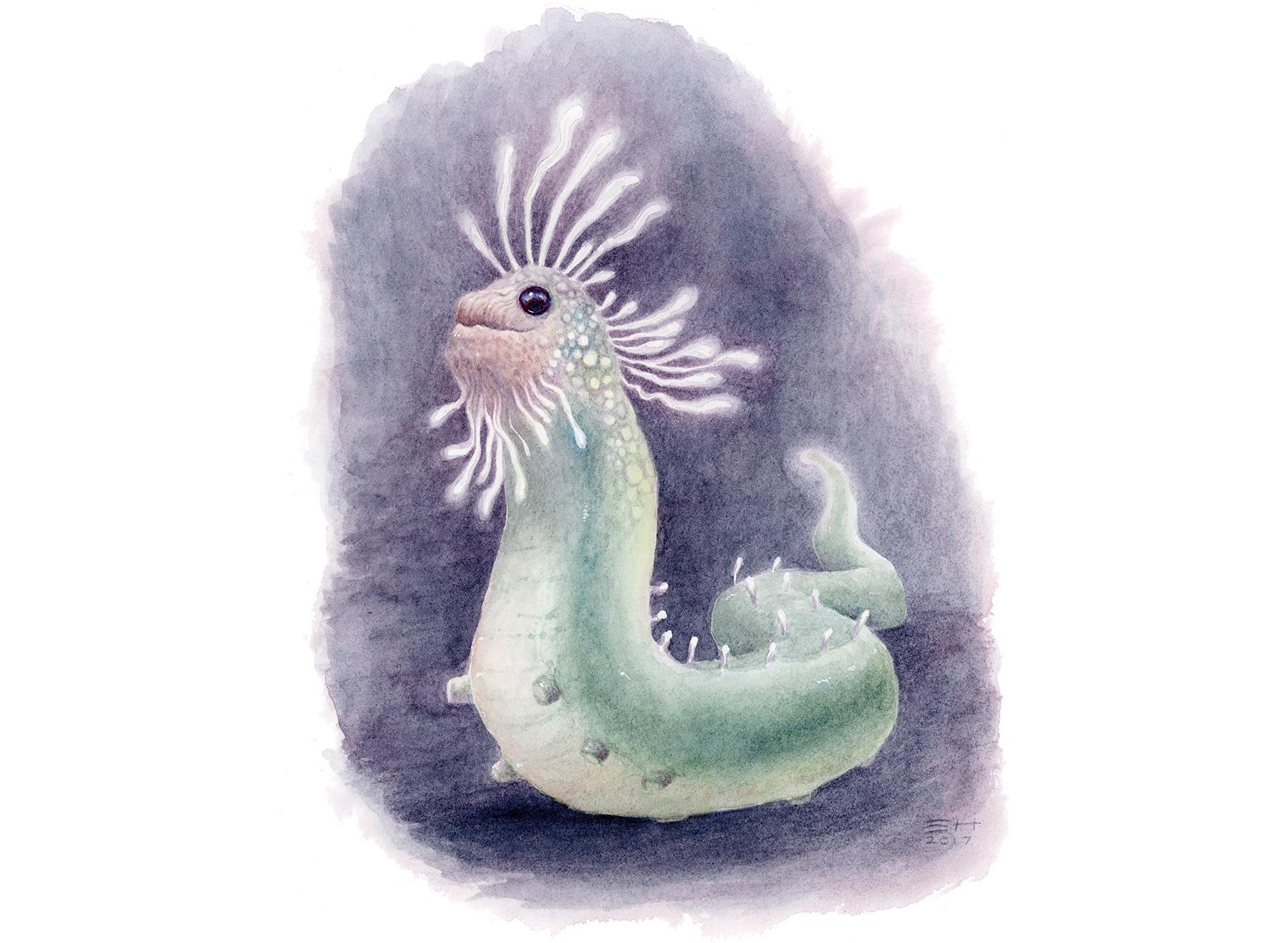 Combine aspects of different animals to make a new one

To help fill your brain with creature ideas, watch nature documentaries and look through wildlife photos on Pinterest or general Google searches. There’s nothing quite so strange as the natural world and you can combine aspects of different creatures to make a completely new one.

But try to avoid making a chimera, which is to take the body of one animal and the legs of another and the head of yet another: it doesn’t really feel like it’s something that could exist. Instead, imagine what would happen if two of those creatures had babies. What would they look like? 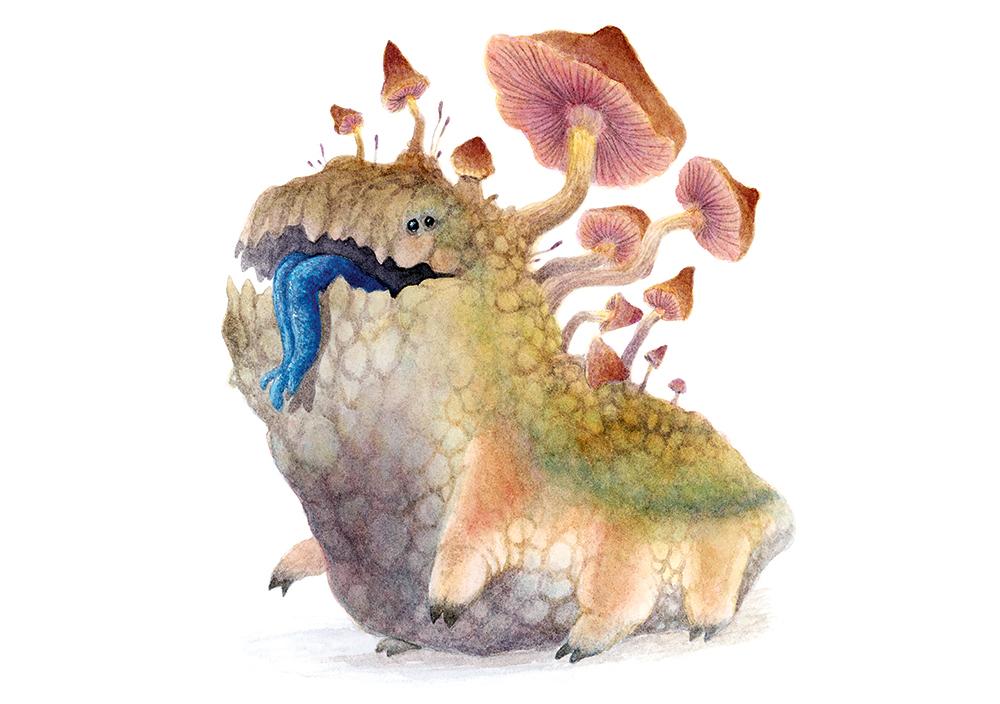 A fun way to make something new is to combine flora and fauna. For this craggle (a cannibalistic fairy caterpillar) I wanted a creature that could hide in plain sight to ambush his prey.

His prey, the wiffle, are fond of psychedelic mushrooms, so the craggle hides among these mushrooms, and is able to do so because there are fungi-like growths on its back. The wiffles don’t have a chance!

03. Design with logic in mind 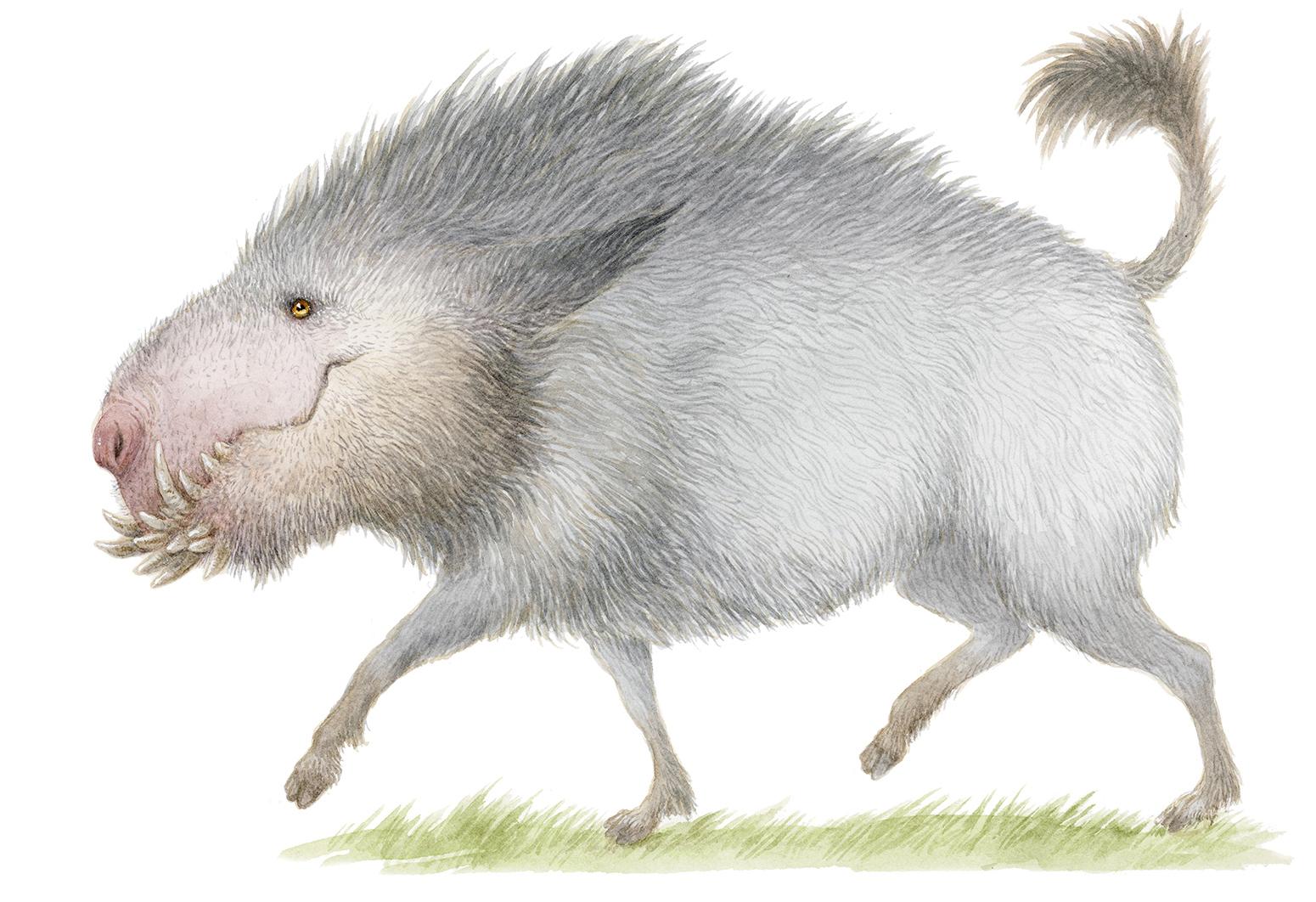 Tusks help this tarlak defend himself

This is a tarlak, one of the inhabitants of the world that I created for my book Strangehollow. This bristly, hairy chap has been influenced by warthogs and wild boar. I wanted a forest-dwelling vegetarian that was pig-like and used his tusks to dig the ground for delicious root vegetables of some kind.

He also needed to be able to look after himself if he was attacked by one of the local predators. His tusks would make formidable weapons against even the most persistent of carnivores.

Big eyes are a fast track to cuteness

For creating something super cute, go for big eyes because they’re a sure-fire way of conveying the ‘awwww’ factor. This little chap was inspired by squirrels and pugs. His snub nose and big wide eyes give the impression that perhaps he’s not too bright, and most definitely a little highly strung, too. 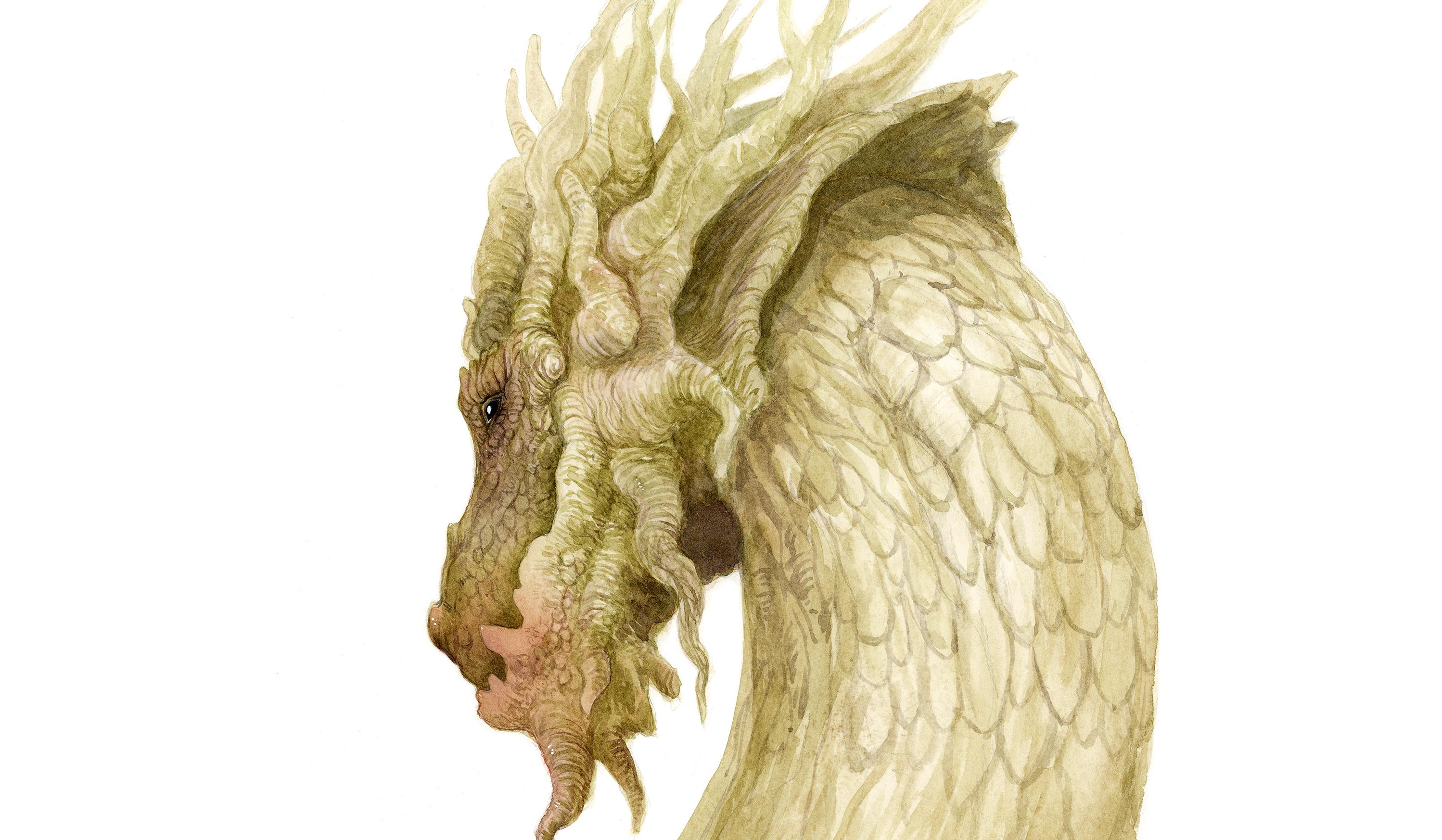 Look outside the reptilian world for inspiration

Dragons. Who doesn’t love them? I like the idea of a dragon that’s evolved to live in forests and so has developed growths that look like branches – the ideal camouflage for an ambush predator!

For inspiration for dragons you can look at all kinds of creatures. The usual ones to study would be Komodo dragons, crocodiles and other lizards, but check out less obvious creatures that will leave you with an unconventional dragon, which hopefully will have more variety. Birds are great for that dead-eyed, carnivorous stare – even a chicken has that... 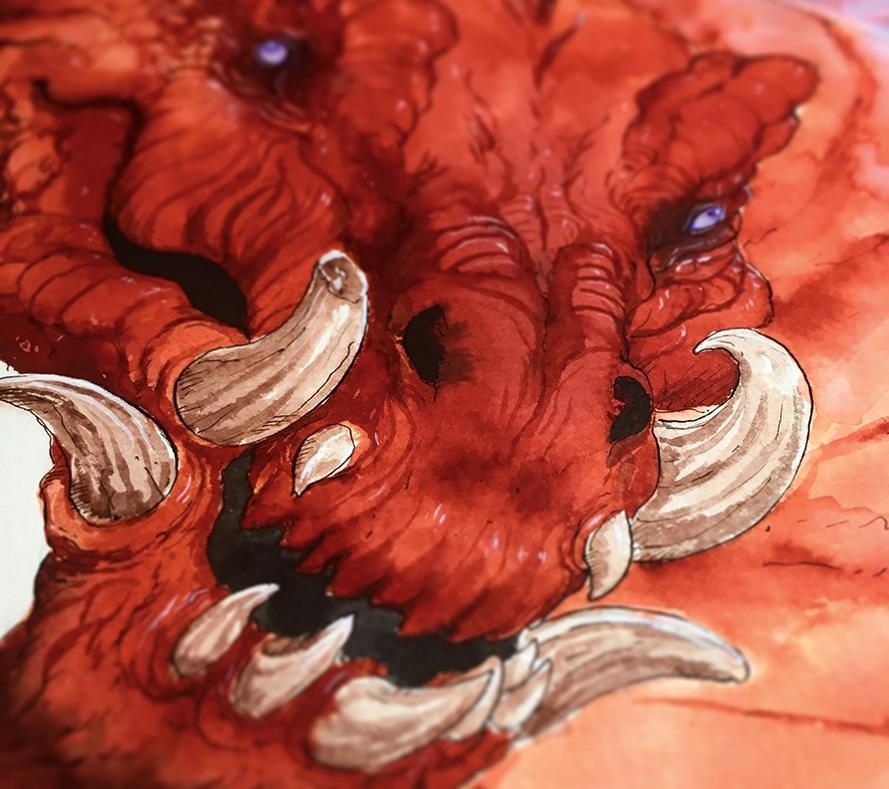 This dragon contains aspects of the hippopotamus skeleton

Another way to make your dragons more interesting is to take aspects of mammals and other toothy creatures and add those to your dragon. For this red beast I used inspiration from animals with tusks, wild boar and particularly the crushing jaws of a hippopotamus.

I used to live near a natural history museum that was filled with the most amazing animal skeletons. If you have anything like that near you, take some time to go there with your sketchbook to gain inspiration for your creatures. The hippopotamus skull was particularly amazing to see and definitely influenced this dragon. 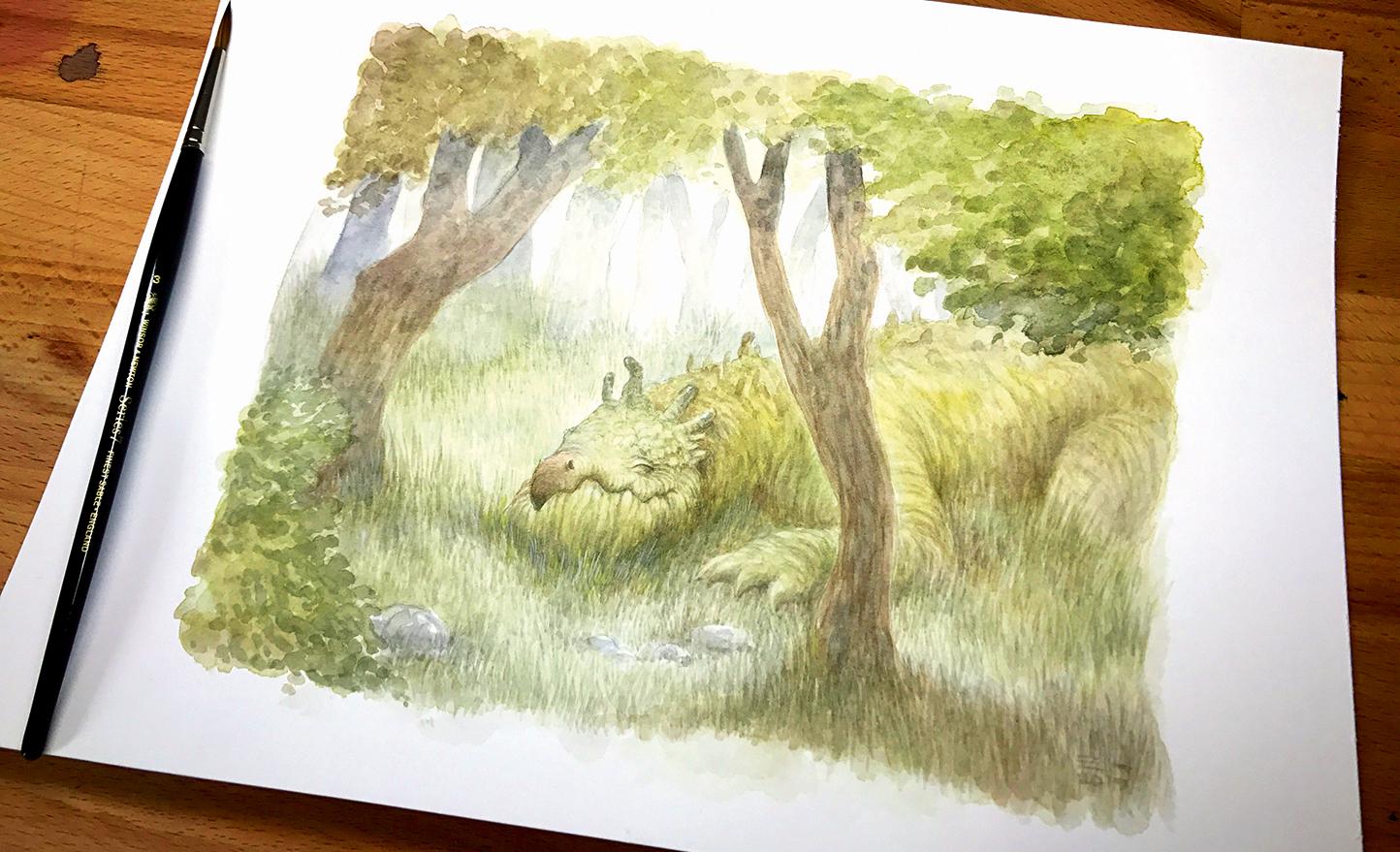 This creature hibernates for years at a time

If you’re not sure where to start, think of the story behind the creature. I created this dragon who eats dead trees. I started with the idea that he would go around eating the dead wood in the forest, then I thought, well, what happens when he’s eaten it all? He hibernates! Sleeping for years at a time while grasses and plants and small trees grow all over him, camouflaging him while he’s away in dreamland.

08. Remember to bring the fun 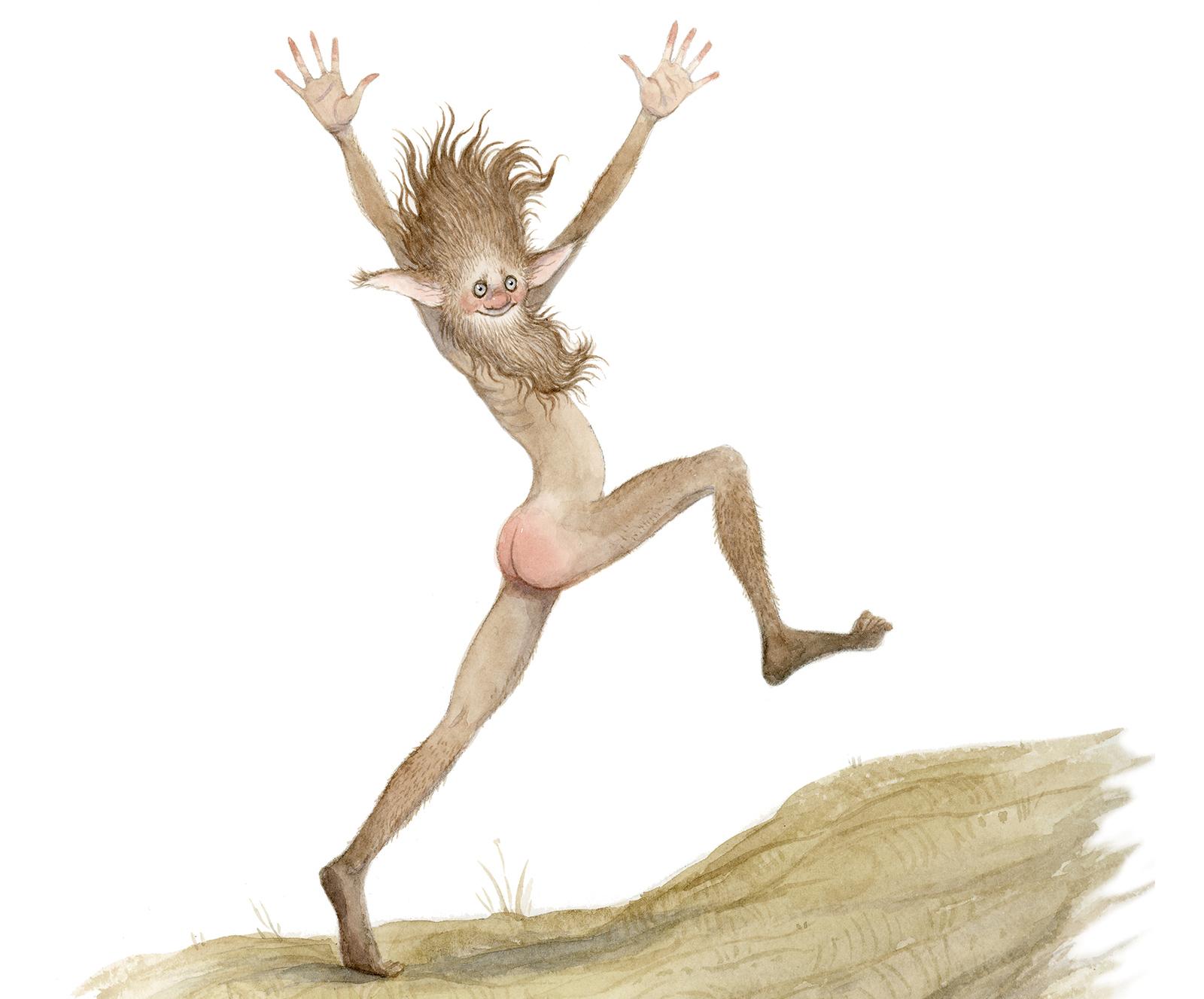 When I was designing my brownies, I imagined them as annoying little beings who try to distract you as you’re walking through the forest, in order to lead you off the safe path to where they can rob you of all your belongings.

I imagined them leaping about, maybe yelling compliments (of a sort) to you as you went on your way through the forest. This is the creature that appeared as a result. If in doubt, adding a nude pink bottom is highly amusing.