Originally posted on 12 September 2018. Scroll down for news of the commercial release.

Video Copilot has posted a teaser trailer for Orb, a new GPU-accelerated planet-generation plugin for After Effects.

The software, which will be a free download, is due for release next week now shipping.

Generate 3D planets with detailed atmospheres andlighting
At the minute, the only information about Orb is from the video itself, which shows a range of nice-looking shots of planets seen from space.

There is also an “automatic shadow illumination” system, which displays light from cities once that part of a planet passes into shadow. 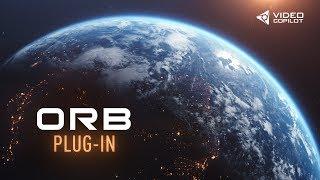 Video Copilot has launched a mini-site devoted to the plugin. It doesn’t go into much more detail about the feature set, but you can see the workflow in the 30-minute video tutorial embedded avove.

System requirements and availability
Orb is compatible with After Effects CS6+ running on Windows 7+ and Mac OS X 10.8.5+. The plugin is free.