How to draw manga characters

Learn how to draw manga characters by hand with these top tips. 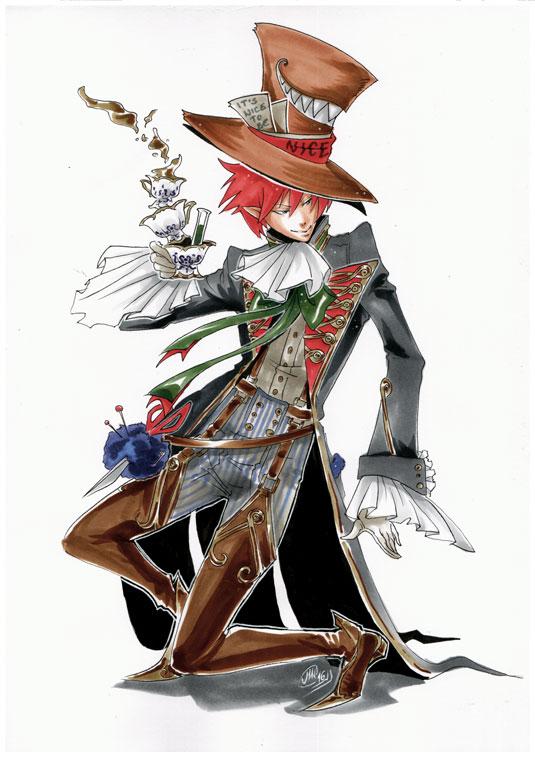 How to draw manga art like Mina Petrovic's Mad Hatter

Learning how to draw manga art is no easy feat. It has a very distinct style, and sometimes it can be hard to get started without knowledge of the basic principles. Even if you read a lot of manga comics, you may find it difficult to pick out the subtle differences that make each of your favourite artists unique, and therefore find it challenging to develop your own manga drawing style.

Artist Mina Petrovic, better known as Mistiqarts on YouTube, has made it simple for you, with these clear and concise tips on how to draw manga characters such as this Mad Hatter. Petrovic's tutorial channel boasts over 140,000 subscribers, and she also penned manga drawing book Manga Crash Course – so you're in good hands. 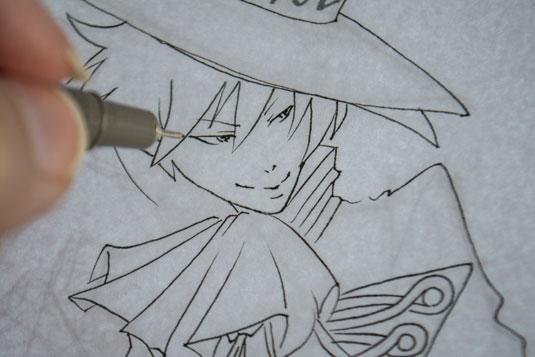 Getting the facial features proportioned correctly is key. "Distance between the eyes is the most important part – always make enough room to fit a third eye between them," says Petrovic. She suggests if you want to mimic the style shown here, you should keep the nostril size as minimal as possible, on both men and women.

Of course, there are a number of different ways to draw manga eyes. In the video above, Petrovic walks though eight different techniques you can explore. 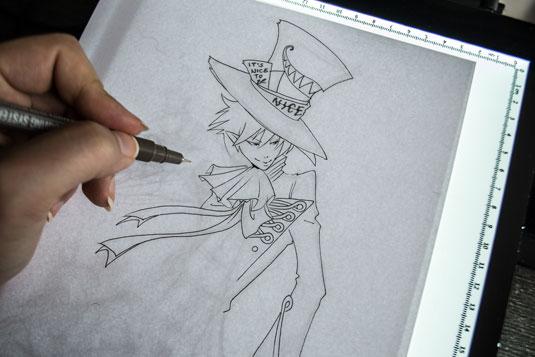 "Line art represents half the style – with thin, smooth lines as the main visual trait," Petrovic reveals. If your initial sketches aren't that neat, try this trick: Petrovic uses a lightbox to trace her sketches and create bold, smooth lines. 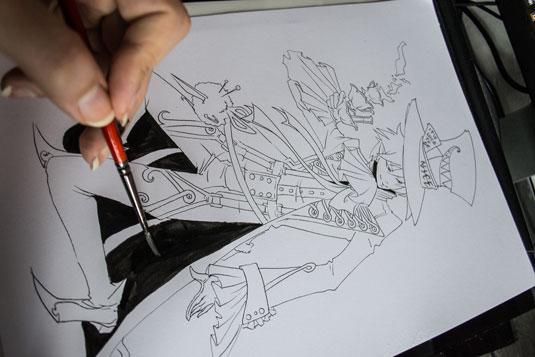 Now it's time to add some details. Petrovic suggests paying particular attention to your character's clothing, and using the details in it to give clues as to their personality. 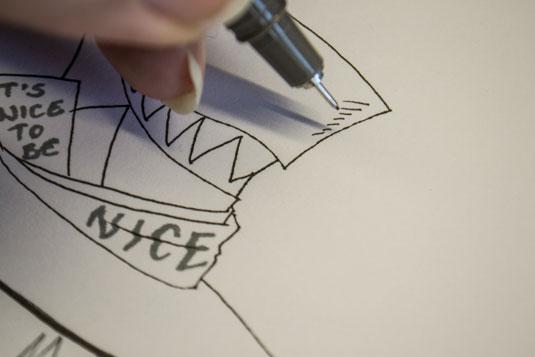 Once the outlines are complete, add some shading in black – this is the final part of the lineart, says Petrovic. She uses solid black for large areas of dark shadow (usually behind the character), and thin lines (see image below) for more subtle shade.

"Textures are simplified, in a form of parallel lines, also a part of the line work," Petrovic says. 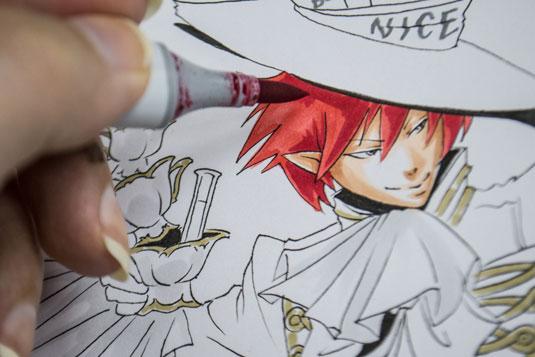 Let's move on to how to colour manga. You don't need to fill every inch of paper, says Petrovic. "Some areas are covered in colour only at the shaded parts, for example, light skin," she explains. Be sure to use at least two shades of each colour, in block areas, to mimic anime's 'cell shaded' look. 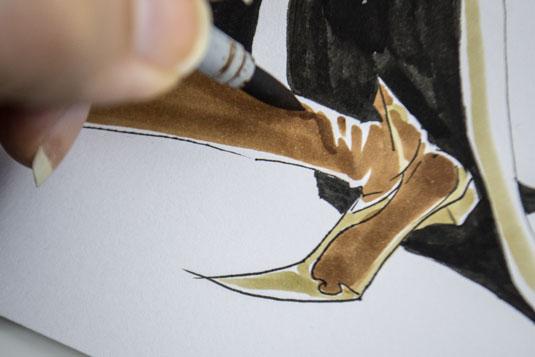 Another top is to leave a thin, uncoloured border around leather clothes and shoes, or anywhere where light would fall.

"By leaving out white areas in the middle of a bent fabric shape, you get a smooth, satin-like feel to it," says Petrovic. "It's a trick to save up on colour, and get a cool effect."

04. Final touches to your manga art 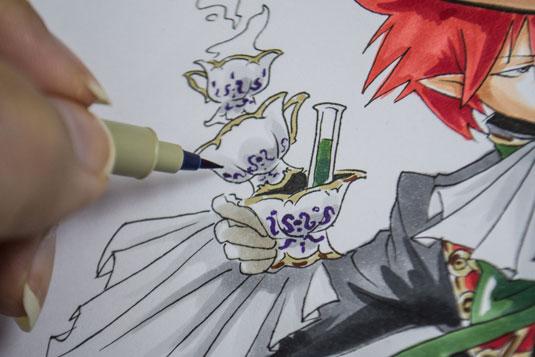 Get the small details right

The final step in learning how to draw manga characters is adding intricate details."Even the smallest details are in need of careful decorating," Petrovic advises. "When doing a pattern on the clothing, make sure the pattern follows the shape of the character's body." 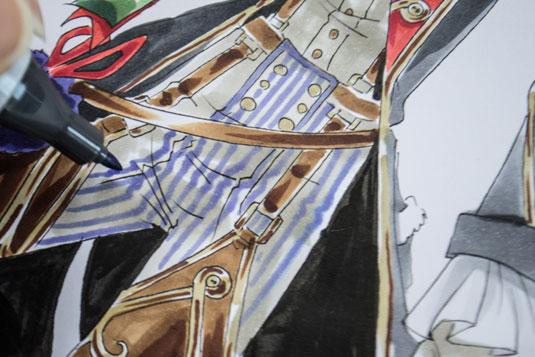 "And lastly, white outlines can make all the difference, by marking all the objects and parts of the character which are closest to the observer."

For more information on manga, including tips and tricks, as well as full tutorials, check out our sister title Manga Artist.

Check out more of our art posts:

How to draw: the best drawing tutorialsHow to draw a faceHow to begin a figure drawing