How to make it as a manga artist

Manga art is in rude health, so if you know how to draw manga and paint it you’re in good company. It’s now possible for manga artists to amass hundreds of thousands of social media followers, get crowdfunded via sites like Patreon, sell their art commercially, and even go and live and work in Japan itself. But how do you go about it? Here, four manga artists who have found success share advice on how to follow in their footsteps.

The first, and perhaps most obvious, point is that you need to get your art in front of people. “If you create a lot of illustrations but don’t post them anywhere, nothing’s going to happen,” says Ilya Kuvshinov, a Russian artist based in Tokyo with 1.3 million Instagram followers. “It can be scary to expose your work publicly, but there’ll be people who love it – trust me!” 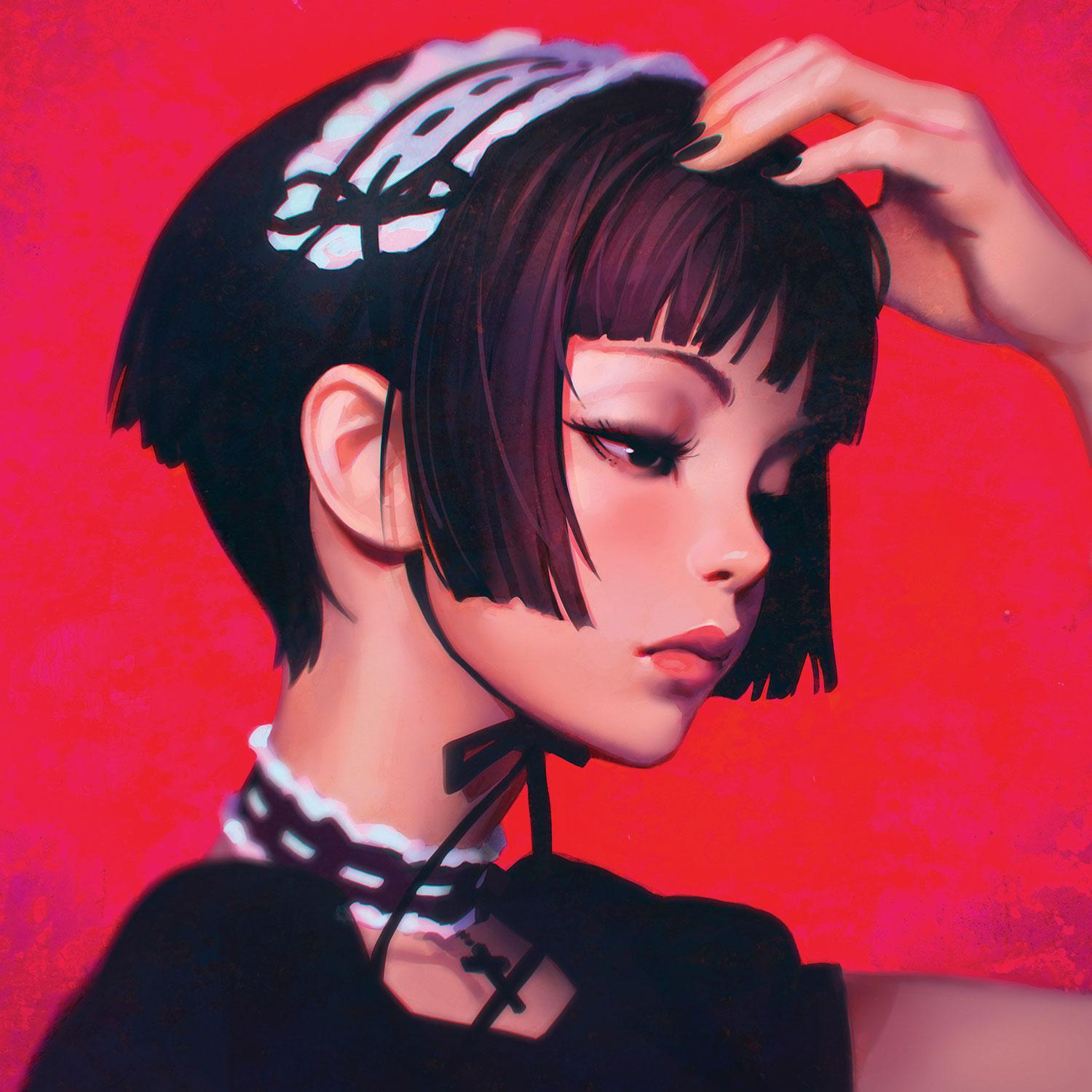 One of the illustrations from Ilya’s book, Momentary: The Art of Ilya Kuvshinov

Just posting in one place, though, may not be enough, says Larienne Chan. Better known as Lärienne or Princess Lärienne, the Polish illustrator has made a huge impact on the DeviantArt community, which honoured her with its ‘Deviousness’ award in 2016. But she’s also built strong bases on Instagram, Tumblr and the online Japanese art community, Pixiv.

“Some people think just being good is enough, but unfortunately that’s no longer true,” Chan says. “In these times of constantly changing algorithms and fierce competition, you never know where clients or fans are coming from, so you need to be in as many places as possible.” 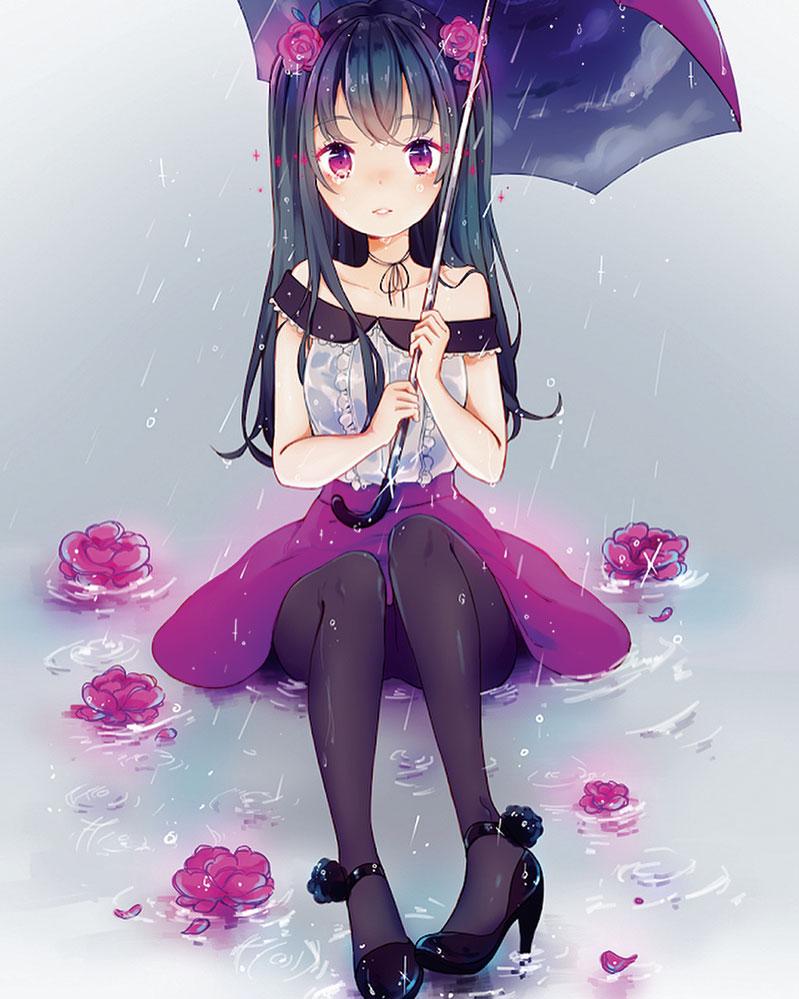 “Aiming to give my art a different feel to other manga has helped it stand out,” says Spryszynska

It’s also important to post often, says Aleksandra Spryszynska, a Polish art student who’s attracted almost a quarter of a million followers on Instagram as Yenko. “Being consistent is key,” Spryszynskastresses. “You need to keep posting new things, come up with new ideas all the time, so that people don’t forget you and will introduce you to their friends.”

Spryszynska's own Instagram feed is a great mixture of photography, sketches and full artwork, which makes it feel much more personal than just a straightforward gallery. “People would rather see a photo of your artwork than a clean scan of it,” she stresses. “They like to see behind the scenes, the workspace. It’s also a great way to show the tools you’ve used.”

Given that other manga artists will be doing all that as well, though, how do you ensure your work stands out? Spryszynska believes it’s essentially about being true to your vision. “Just like in other types of art, we all have our own style, and other things that make our work unique,” she says. “Concentrate on what interests you, and others will follow.” 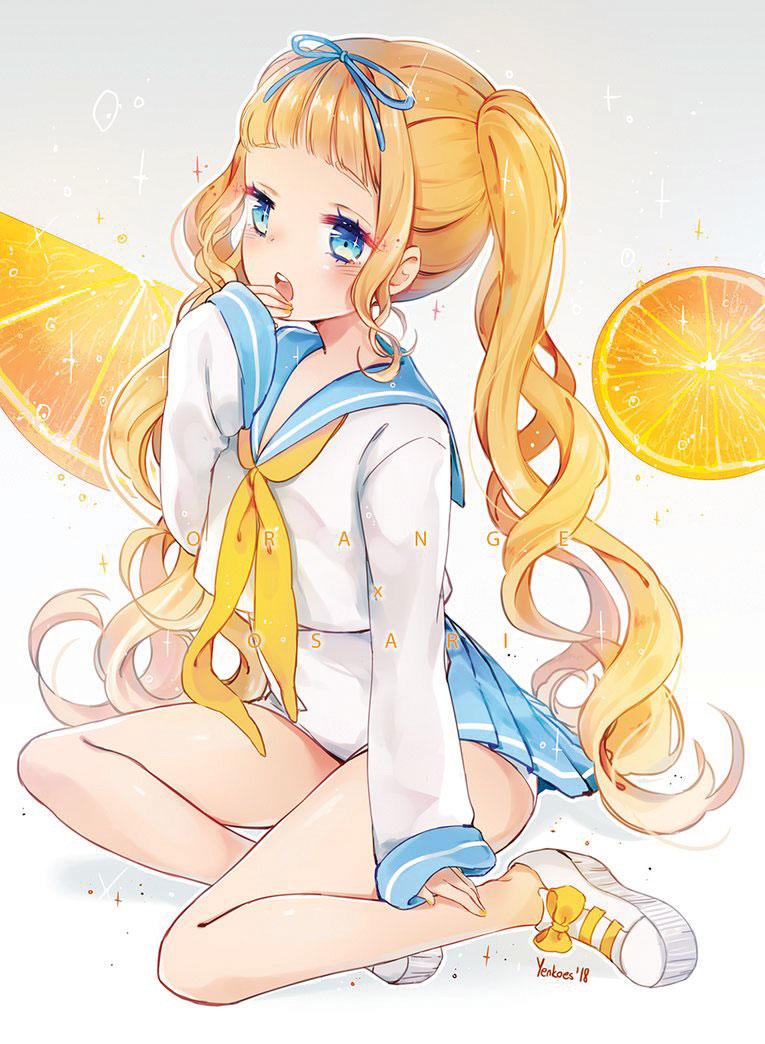 That said, some have found that posting fan art can be an effective way of getting extra attention and boosting their audience. “My own ‘big break’ came when I shared fan art of Mathilda from the film Leon on Instagram,” says Kuvshinov. “Suddenly I found myself with a huge number of followers.”

It was a similar story for Chan. “My real breakthrough came with applying my personal style to fan art of western cartoons,” she says. 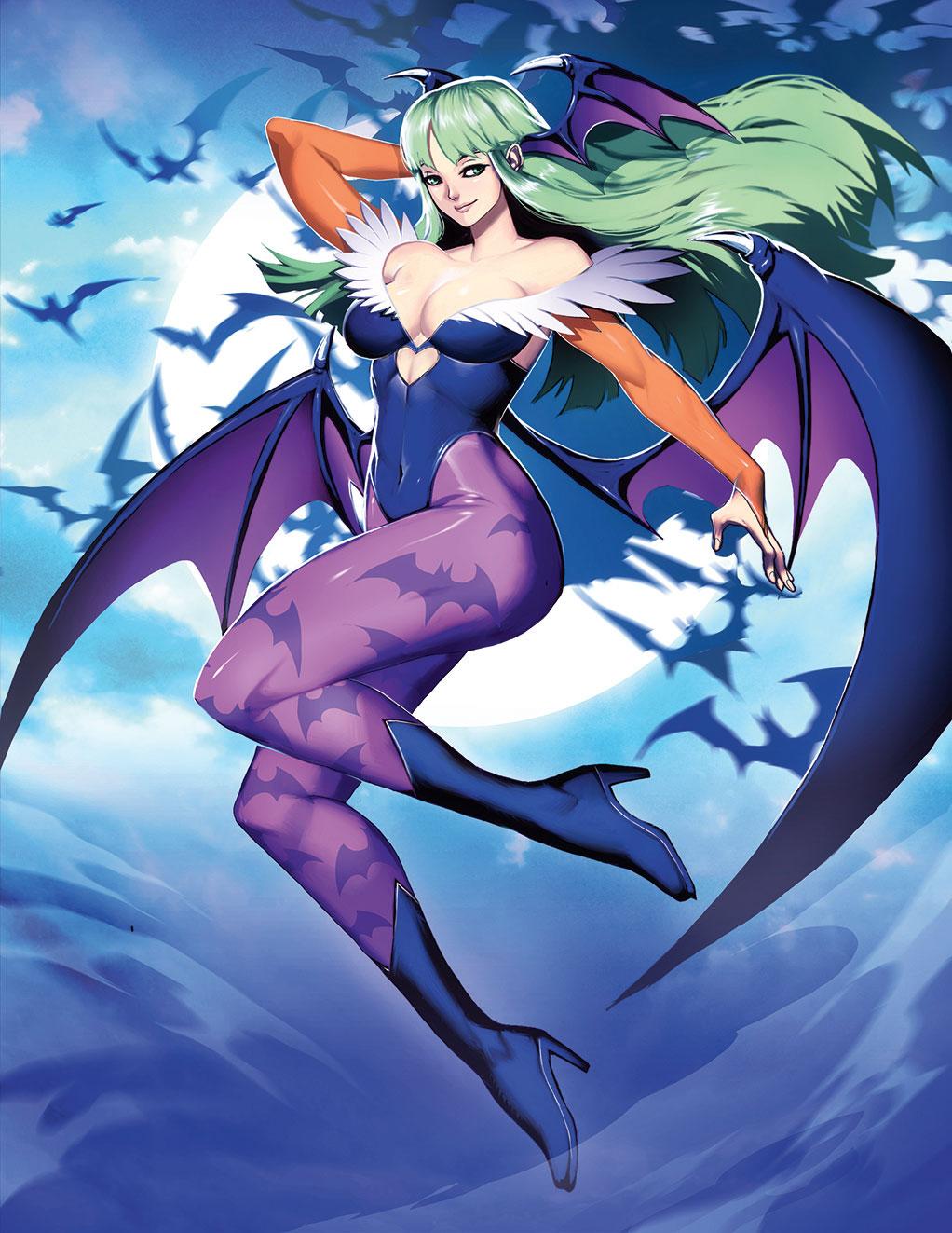 Yet for every fan artwork that goes viral, a thousand more get ignored, and it’s not something you should rely on, believes Gonzalo Ordoñez, aka the popular Genzoman. “When you do nothing but fan art, people might start to see you more in those terms than as a creator,” he says. “So I think a better strategy is to combine your own ideas and concepts with fan art, not just one thing or the other.”

Aleksandra adds that if you’re going to experiment with fan art, make sure it’s something you have a true passion for. “It’s so obvious who’s actually into the fandom, and who’s just out looking for likes and shares,” she cautions.

The same principle, of course, applies to the discipline itself. Manga isn’t just one style, but a deep and rich culture going back decades, and the more you can study and immerse yourself in it, the better your art will become.

“Many people think manga is only Shonen [manga aimed at teenage males] or Moe [child-like characters that aim to elicit a strong emotional response], which is what audiences outside Asia tend to see,” says Ordoñez. “But there are many genres, artists and visions within manga, so I’d encourage young people to learn as much as they can about its origins. 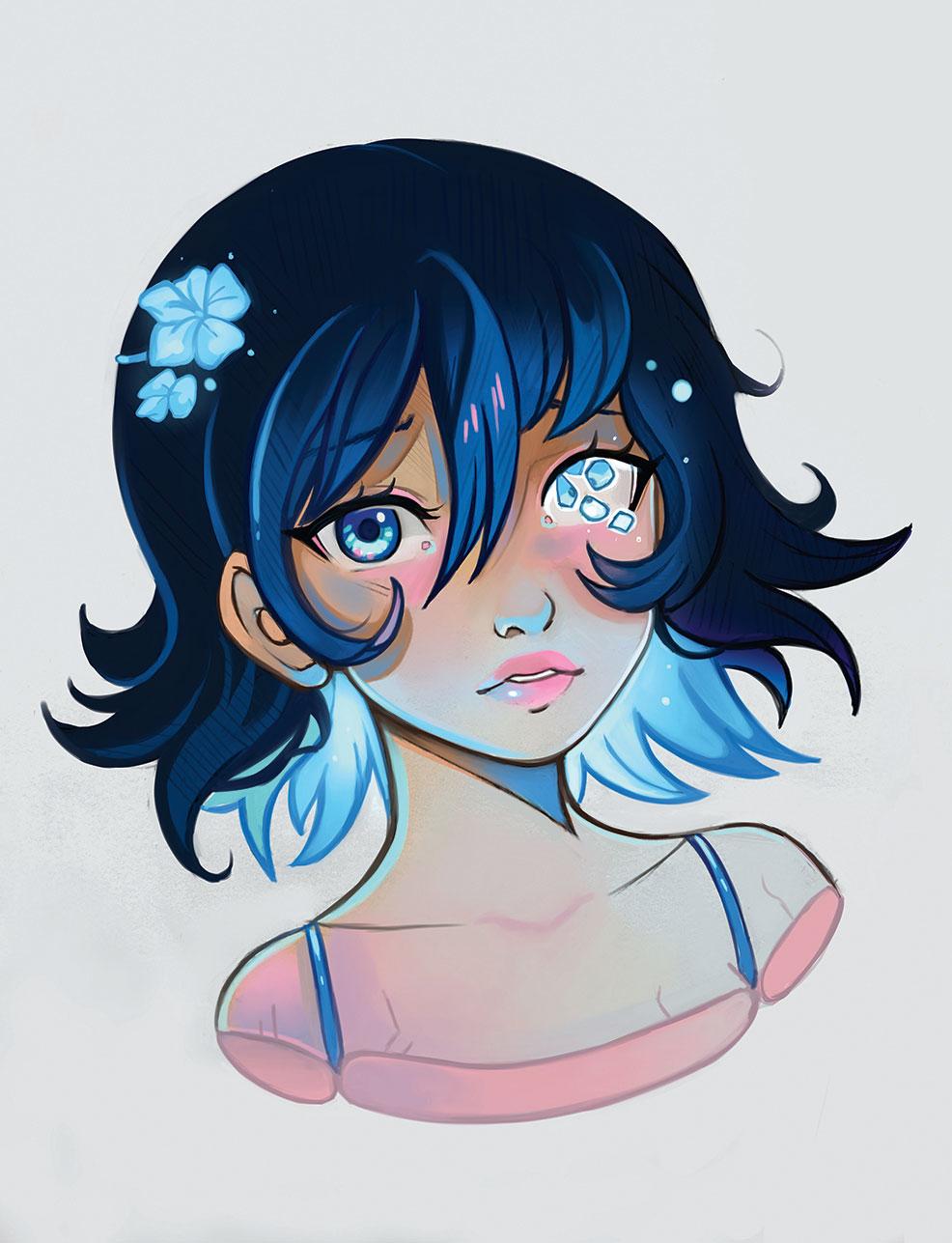 “With so many talented people around, your artwork needs to be unique to stand out,” says Chan

“Explore the work of Osamu Tezuka, Shotaro Ishinomori and Go Nagai,” he says, “as well as other types of Japanese artists, such as Yoshiharu Tsuge or Yoshihiro Tatsumi. This helps you diversify, because if we’re all doing similar styles, we’ll end up competing with one another. A manga artist doesn’t have to be a one-trick pony, but can be as versatile as any other type of creative.”

In short, it’s about being original and finding your own, distinct path. “When I was starting out I copied pages from Dragon Ball, and recreated the style of artists like Kazushi Hagiwara,” says Ordoñez. “But there’s a point where you have to try new things, so people don’t see you as ‘the imitator of’, like the art equivalent of a covers band.” 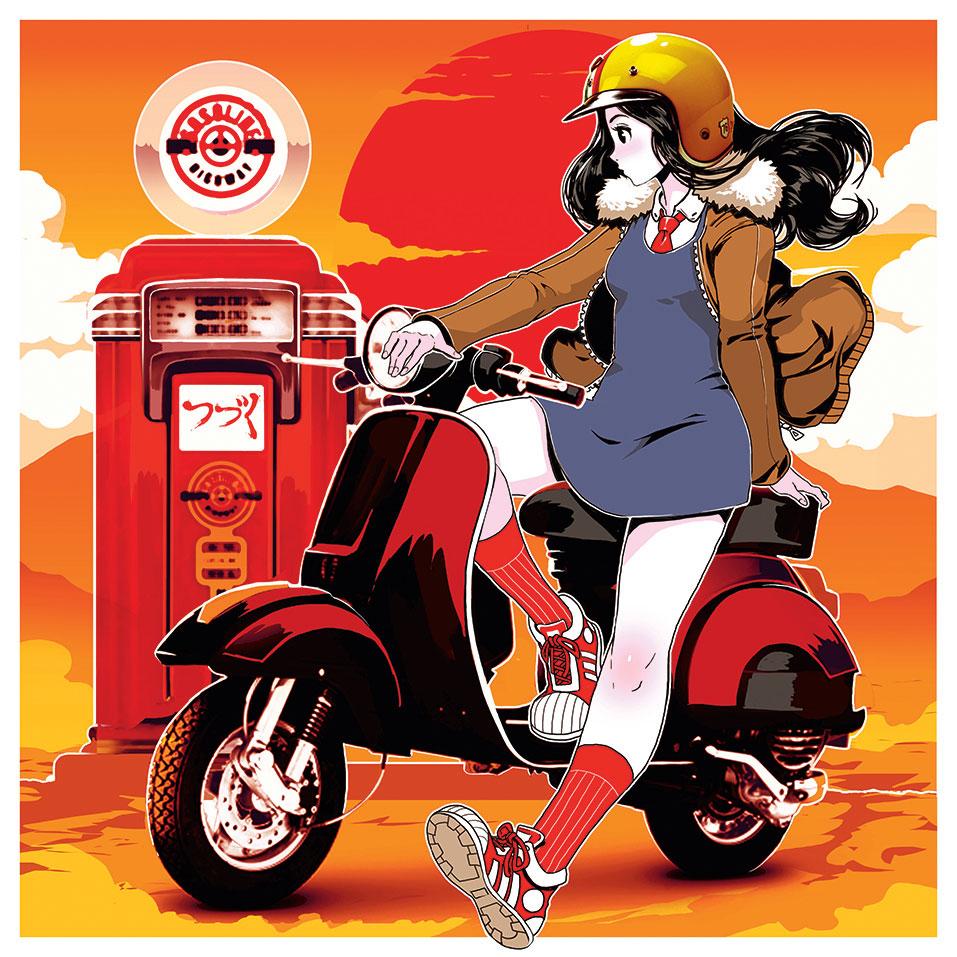 “DeviantArt’s viewing public is very different to Tumblr’s, Pixiv’s or Instagram’s, so you need different content for each,” says Gonzalo

And after that, it’s down to persistence, hard work and just keeping going until it starts to happen for you. “Believe in yourself,” says Chan. “Get engaged with the art community. Ask questions, experiment and practise a lot.”

And Aleksandra adds: “Don’t give up. It’s very hard. People aren’t fair, social media isn’t fair. But you can be fair to yourself. Do what you love and what defines you. Work hard and it will pay off!”