Announced at Adobe MAX: The Photoshop tools you've been waiting years for

We've been blown away by the technology on show at Adobe MAX 2018. But as the conference kicked off yesterday, it wasn't artificial intelligence causing a stir, but the addition of some long-awaited features to Photoshop CC.

As Terry White, Adobe's charismatic principal worldwide design and photography evangelist took to the stage, he hooked the crowd immediately: "These are the Photoshop updates you've been waiting for for YEARS," he said.

You could feel the rumble of excitement and anticipation among the audience as White demonstrated how Photoshop users can now simply double click on text to edit, rather than selecting the layer, then the Type tool to make alterations. Creatives were delighted even further when he went on to reveal scale proportionally is now turned on by default.

But the biggest reaction, by far, came when White announced continuous undo without holding the option or shift keys is now available. Clearly these long-awaited features, small as they may seem, have been top of many a creative's wishlist for quite some time.

If that reaction was anything to go by, we reckon the Adobe team could've packed up right there and then, safe in the knowledge that their users were happy. But, of course, they didn't. Instead White went on to introduce even more all-new game-changing Photoshop features... 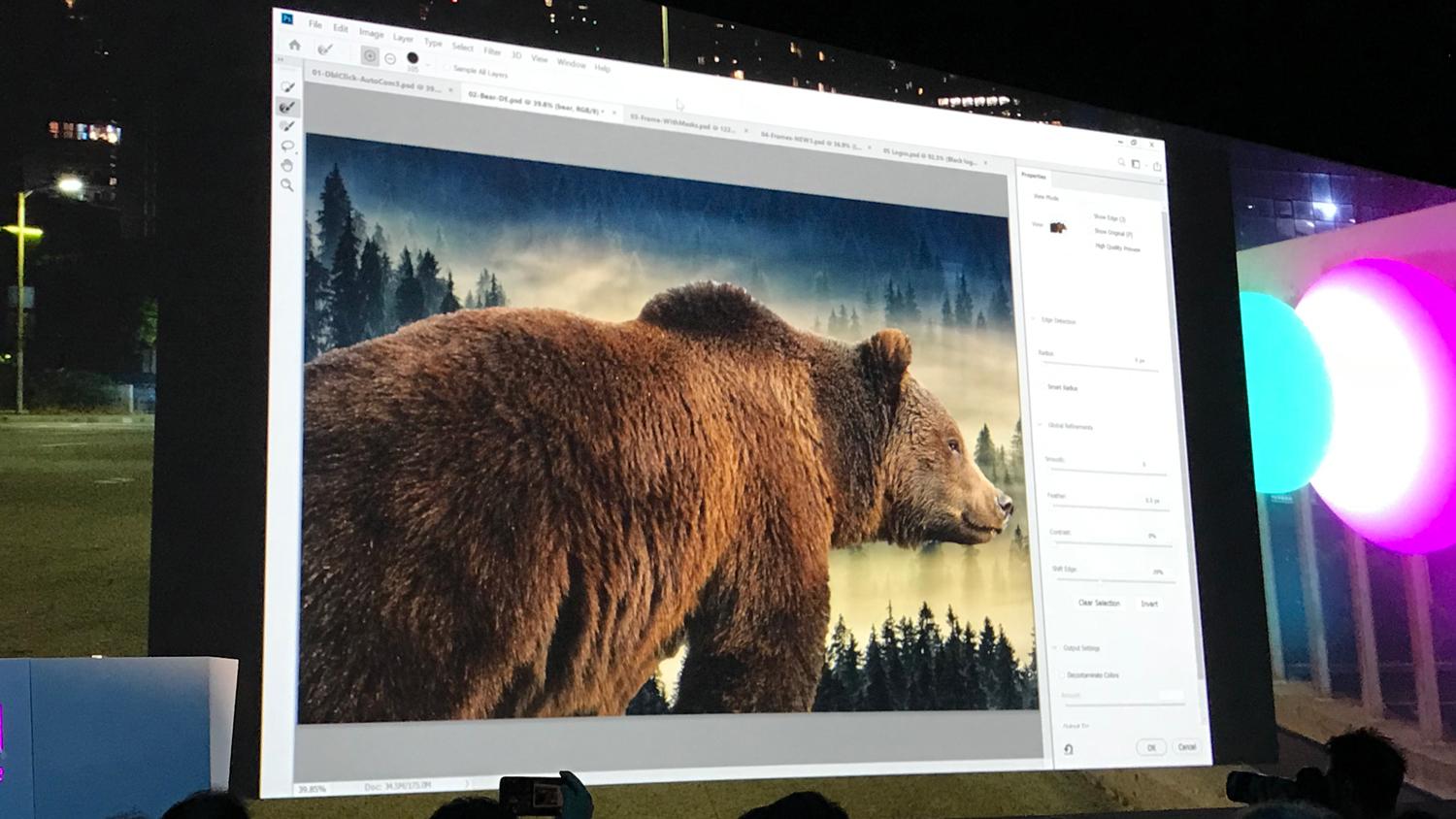 Adobe Sensei, the company's AI technology, is the tool pushing much of the innovation in Adobe products this year. And Photoshop is no exception. Using this bear (above) as an example, White demonstrated how, in just one click, Photoshop's new Sensei Selection tool automatically detects the object you wish to select and then does all the hard work for you. We haven't managed to get up close and personal with this new iteration of Photoshop CC just yet, but we can't wait to get our hands on it and see if this tool really is as easy as it looks to use.

It sounds so simple, but when White hovered over the various different blend modes and it updated in real time on the screen, once again, the crowd erupted. In much the same way as when he went on to share the new Frame tool, which, like InDesign, embeds a photo like a mask in Photoshop layouts.

Overall, this new iteration of Photoshop seems to not only address some fundamental needs of users, but injects some seriously powerful new technology to enable a whole new level of creativity.