The designer's guide to the Golden Ratio

The Golden Ratio is something every designer should know about. We explain what it is and how you can use it.

There's a common mathematical ratio found in nature that can be used to create pleasing, natural-looking compositions in your design work. We call it the Golden Ratio, although it's also known as the Golden Mean, The Golden Section, or the Greek letter phi. Whether you're an illustrator, art director or graphic designer, it's well worth considering the Golden Ratio on any project.

The designer's guide to grid theory

In this article, we'll explain what it is, how you can use it, and point to some great resources for further inspiration and study...

What is the Golden Ratio?

Closely related to the Fibonacci Sequence (which you may remember from either your school maths lessons or Dan Brown's The Da Vinci Code), the Golden Ratio describes the perfectly symmetrical relationship between two proportions.

Approximately equal to a 1:1.61 ratio, the Golden Ratio can be illustrated using a Golden Rectangle: a large rectangle consisting of a square (with sides equal in length to the shortest length of the rectangle) and a smaller rectangle.

If you remove this square from the rectangle, you'll be left with another, smaller Golden Rectangle. This could continue infinitely, like Fibonacci numbers – which work in reverse. (Adding a square equal to the length of the longest side of the rectangle gets you increasingly closer to a Golden Rectangle and the Golden Ratio.) 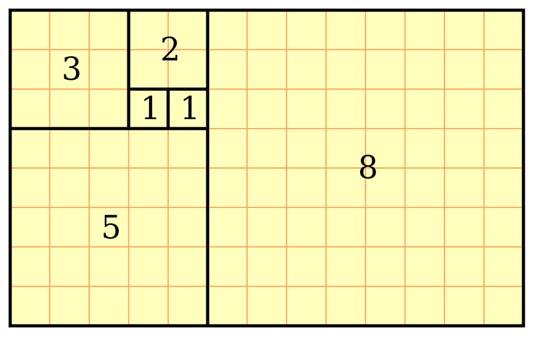 Golden Ratio in use

It's believed that the Golden Ratio has been in use for at least 4,000 years in human art and design. However, it may be even longer than that – some people argue that the Ancient Egyptians used the principle to build the pyramids.

30 world-famous buildings to inspire you

In more contemporary times, the Golden Ratio can be observed in music, art, and design all around you. By applying a similar working methodology, you can bring the same design sensibilities to your own work. Let's take a look at a couple of examples to inspire you.

The Golden Ratio in Greek architecture 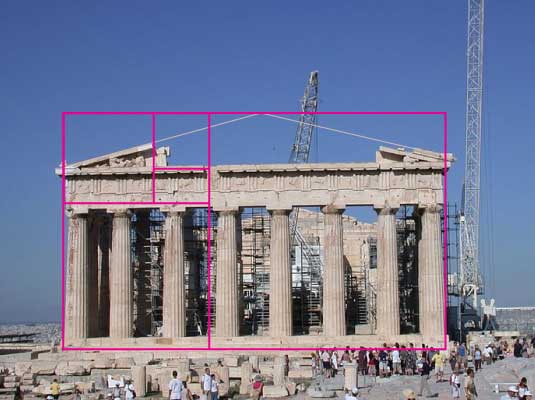 Ancient Greek architecture used the Golden Ratio to determine pleasing dimensional relationships between the width of a building and its height, the size of the portico and even the position of the columns supporting the structure.

The final result is a building that feels entirely in proportion. The neo-classical architecture movement reused these principles too.

The Golden Ratio in The Last Supper 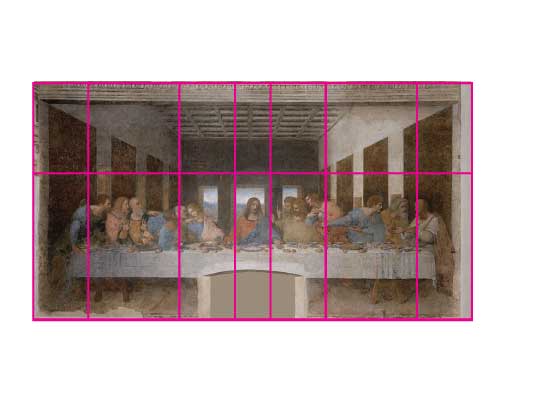 Leonardo da Vinci made extensive use of the Golden Ratio

Leonardo da Vinci, like many other artists throughout the ages, made extensive use of the Golden Ratio to create pleasing compositions.

In The Last Supper, the figures are arranged in the lower two thirds (the larger of the two parts of the Golden Ratio), and the position of Jesus is perfectly plotted by arranging golden rectangles across the canvas.

The Golden Ratio in nature

There are also numerous examples of the Golden Ratio in nature – you can observe it all around you. Flowers, sea shells, pineapples and even honeycombs all exhibit the same principle ratio in their makeup.

Next page: how to construct a Golden Ratio rectangle