Originally posted on 24 October 2018. Scroll down for news of the commercial release.

Chaos Group has posted a teaser video (above) showing off the new features in V-Ray Next for Maya, the next major update to the Maya edition of the renderer.

No new build of the software is available – at time of posting, it’s still on Beta 3 – but the fact that Chaos Group has released an official trailer suggests that it is now feature-complete.

New scene intelligence and GPU rendering features, new hair and toon shaders
V-Ray Next for Maya has been in development for some time now, with the first sneak peek coming out shortly before the release of its sister product, V-Ray Next for 3ds Max.

Most of the new features in the update were previously rolled out in the 3ds Max edition, including the new ‘scene intelligence’ tools like automatic exposure and white balance and the new V-Ray GPU architecture.

Other features previously debuted in the 3ds Max edition include a new physically based hair shader and the integration of Nvidia’s AI-based OptiX render denoising technology.

However, there are also features unique to Maya, notably VRayToonMtl, a new toon shader with advanced options like anisotropy and glossy Fresnel effects.

In addition, V-Ray Next for Maya incorporates a few GPU rendering features not yet supported in the 3ds Max edition, like bucket rendering – “coming in [future] dot releases” for Max, according to Chaos Group.

We’ve covered the new features as they were rolled out in successive beta releases, so for more details, check out our original stories on the initial teaser, and on Beta 2 and Beta 3. 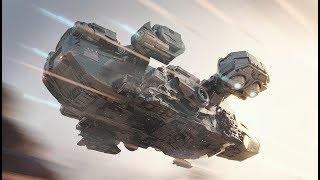 As well as the features listed above, the update adds a new metalness parameter to the standard V-Ray Material to support PBR workflows; support for layered Alembic files; and a new layered texture.

Pricing and availability
V-Ray Next for Maya is available for Maya 2015+ running on Windows 7+ and Linux and Maya 2016+ running on Mac OS X 10.11+. You can see the full system requirements here.

Prices start at $1,040 for one floating user licence and one floating render node licence. There are also new rental options, starting at $80/month or $470/year. See more pricing options here.