Hoping to snag yourself a bargain laptop on Black Friday or Cyber Monday 2018? Here's everything you need to know.

Black Friday 2018 is just around the corner, and if you're a working creative in need of a spanking new laptop then you'll already know that this is the perfect opportunity to get yourself kitted out. What you'll also know, though, is that you can't risk leaping on the first Black Friday 2018 deals you find; if you need something that's going to serve you well in your design career, you're going to have to be a little more discriminating than the average punter.

That's why we're giving you a helping hand in getting ready to score the best Black Friday and Cyber Monday laptop deals that are right for you. Read on to discover everything you need to know. 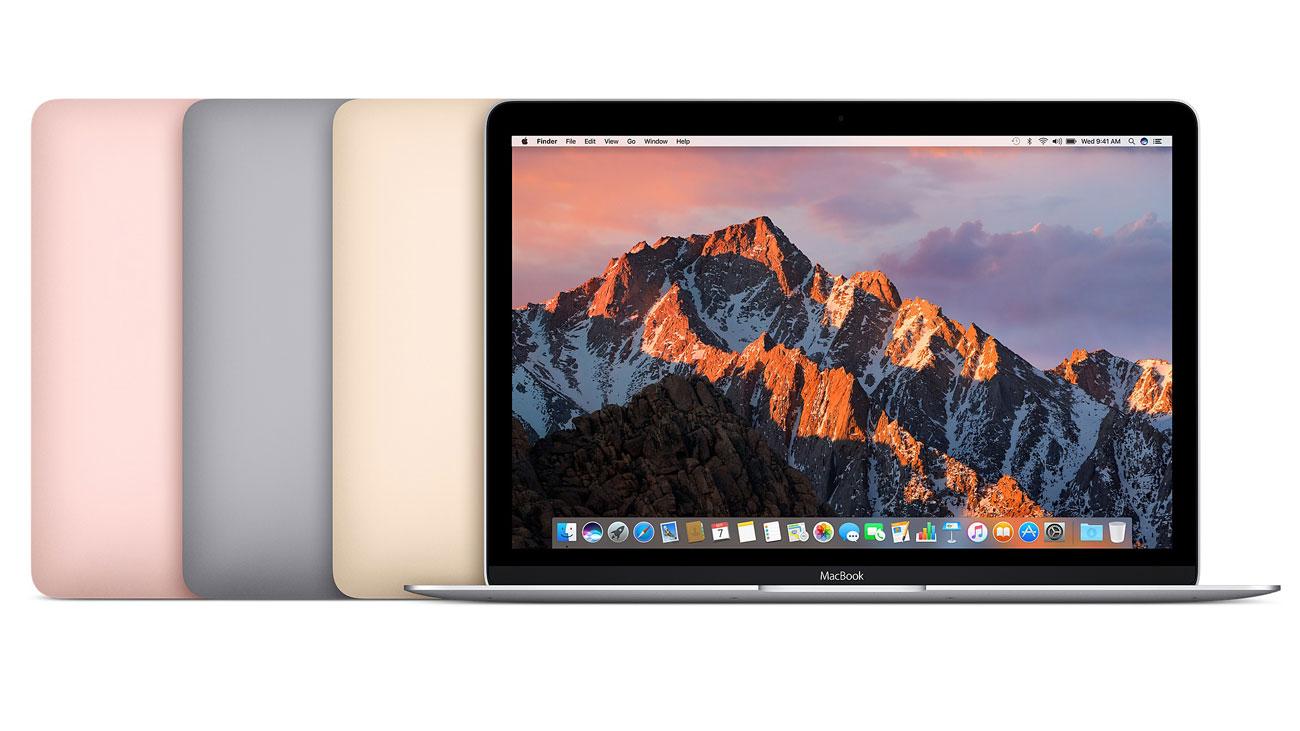 Don't expect to snag a MacBook Pro at a knockdown price

If you're looking for the best Black Friday laptop prices then you're going to have to concentrate on the big names rather than smaller manufacturers. The likes of Dell, HP and Microsoft are constantly introducing new models into their ranges, which means that they have older stock that's usually almost as good as the new stuff, which they need to get off their books, and that's your opportunity to grab a bargain.

Microsoft in particular has just announced its new Surface Pro 6, and while there's virtually no chance of getting a discount on this brand new model, it means that there's a very good likelihood of seeing some impressive price cuts on the Surface Pro 2017, and probably on the cheaper Surface Go, too.

Microsoft Black Friday 2018: what to expect

Dell is always reliable for savings; last year we saw some great Black Friday Dell laptop deals on its XPS 15 and XPS 13 models, and we're expecting more of the same this year. And if you're hoping for Black Friday HP laptop deals then you're almost certainly going to be in luck; HP already appears to be gearing up for Black Friday with some impressive discounts on some of its Pavilion and ENVY models, as well as its OMEN gaming laptops and high-end SPECTRE range, so keep an eye out.

If you have your heart set on amazing Black Friday Apple laptop deals, though, don't get your hopes up. Apple didn't get where it is today by slashing its prices willy-nilly, and we're not expecting it to buck the trend this year. Keep an eye out and you'll probably get a nice little saving on one of last year's MacBooks, but that's about the best you can hope for.

What sort of laptop deals can you expect this year? Here's a selection of some of last year's bargains to give you an idea. 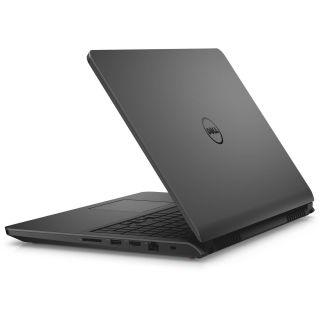 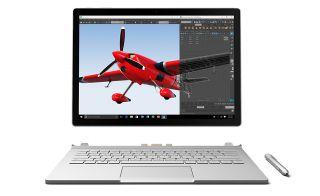 In the UK? Here are some of the discounted laptops you could have got last year. 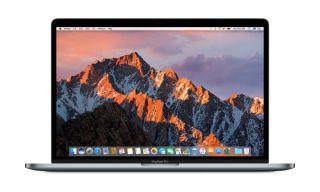 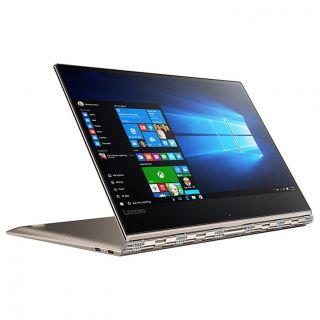 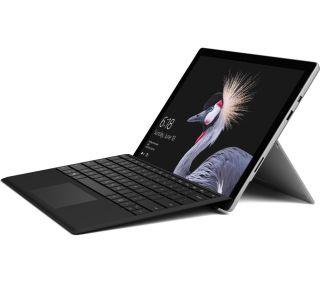 Microsoft Surface Pro 128GB + Typecover: £799 (was £1,099)
If you can't decide between a laptop and a tablet, this Surface Pro gives you the best of both worlds, and it saw some impressive discounting last year; look out for more of the same this year.

Work out in advance what sort of laptop you need

So, you're committed to finding yourself a great Black Friday laptop deal; what's the best way to go about it? For starters, don't wait until the morning of Black Friday; increasingly there's more and more competition between retailers to get your custom, so you'll find that great deals start springing up days or possibly weeks in advance.

Next, have a solid idea in mind of exactly what kind of laptop you want to buy. You don't want to leap on an apparent bargain that can't cope with serious design work; similarly there's no point in dropping a fortune on a high-end machine that's totally overpowered, unless of course you were planning on using it for sneaky game of Fortnite in your lunch hour.

While Amazon feels like the obvious choice for finding the best Black Friday laptop deals, you should cast your net wider for the fullest choice. If you're in the US, be sure to look at Walmart, Newegg and the Microsoft store, while in the UK you're likely to find great Black Friday discounts at John Lewis and Currys PC World.

Keep an eye out for cashback offers that'll deliver an extra saving, and always check the guarantee so you know your rights if your new purchase goes wrong. And of course, make sure you keep your receipts; you never know if you might change your mind and need to return your new laptop.

What laptop features creatives should look out for

What should you be looking for when you hunt out a new laptop on Black Friday? Perhaps the most obvious feature is a brand name you recognise; not only are you likely to get a better deal, but you can also rely on better build quality and tech support – essential if you're going to be relying on your laptop for work.

If you're working on secret projects then a model with a fingerprint scanner is a great way to keep things secure, and if you're planning on transferring large files then an actual Ethernet port is a must so that you can plug straight into a network rather than relying on Wi-Fi. A great tip is to look out for gaming laptops; if it's good enough for playing the latest games, you can be sure it'll be up to the job of running all the Creative Suite apps you'll need simultaneously. And when it comes to the actual hardware you'll need, simply read on.

What specs creatives should look out for 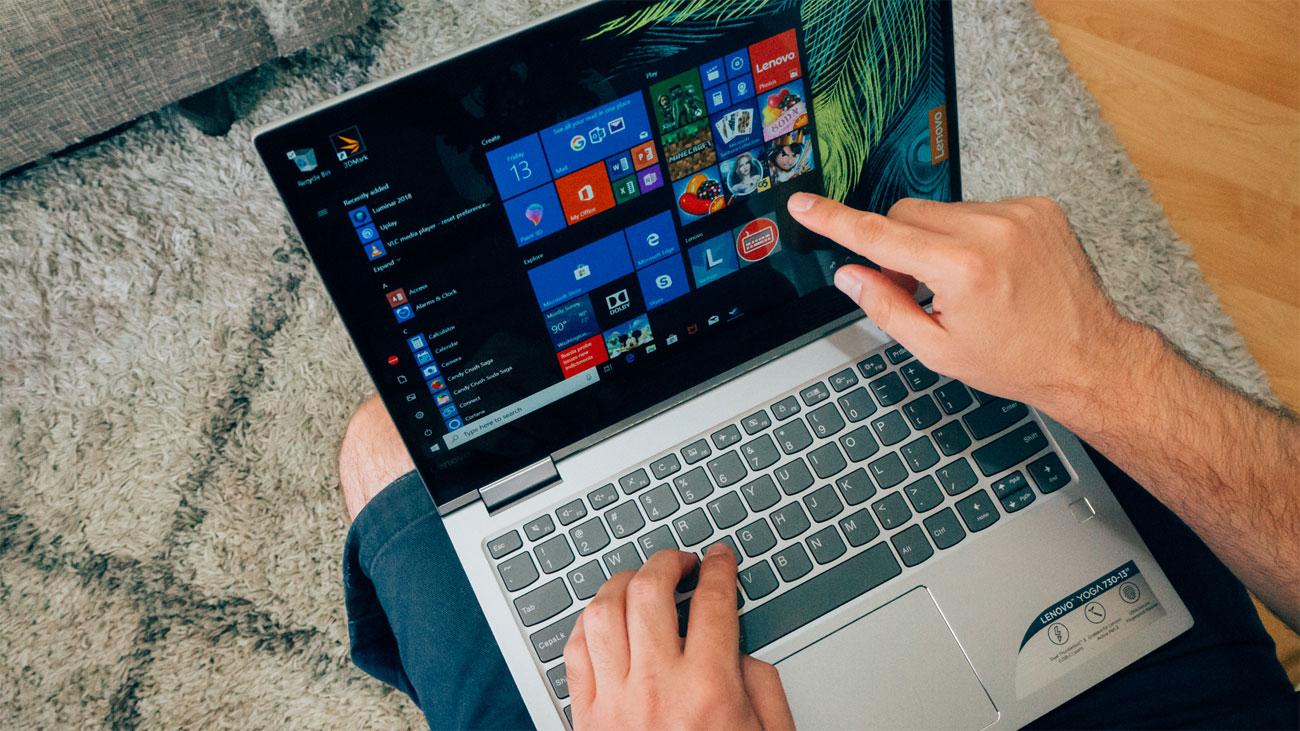 Don't think about anything with less than 8GB RAM

The two key specs you'll need to keep in mind are CPU and memory. Memory's the easy one; you can just about get by with 4GB of RAM, but for design work we wouldn't recommend it. With 8GB on board, you'll be good to go with most everyday design applications, but if you're into the heavyweight business of 3D rendering, video editing or building intricate Photoshop CC or Illustrator CC imagery with hundreds of layers and complex blending options, you should probably look for a laptop with 16GB under the hood.

As for the CPU it's largely a matter of picking the right Intel processor. Don't bother with Atom or Core i3 processors; they're cheap but they'll disappoint you with sluggish performance. A Core i5 will cope with most of what you can throw at it, but again if you're working with more demanding applications then you should probably be looking at the top-end Core i7. Keep an eye out for AMD processors, too; they'll offer a similar level of performance to their Intel equivalents, but often at a slightly lower price.

What graphics and display to look out for

When it comes to design work, the last thing you want is to skimp on the display, and fortunately it's hard to go wrong if you're looking for Black Friday laptop offers. Most mid-range laptops upwards will give you a full HD display, which should be perfectly suitable for your needs, and you'll find that the majority of laptops on offer will feature a 15.6-inch screen; comfortable for working and just about big enough for showing off work in meetings.

What you'll need to pay attention to, though, is the GPU that's driving those HD graphics. Integrated graphics – often described as Intel HD Graphics or Intel Iris – are fine for basic tasks, but you should look for a laptop with a dedicated GPU. A GeForce MX150 will give you an instant display boost, but if you have the need – and the budget – look out for a GeForce GTX 1060 or better.

What storage to look for in a Black Friday laptop

For the best performance reliability, not to mention lightning start-up times, you should look for a laptop with an SSD (solid-state drive), but bear in mind you get a lot less storage for your buck than you would with an old-fashioned hard disk. However if you regularly work with massive files then you should expect to have to supplement your SSD with a fat external hard drive.

Many budget laptops feature eMMC drives rather than SSDs; they're considerably slower, but still faster than a hard disk, so if that's the only sticking point between you and a Black Friday bargain then it might be worth giving it a chance.

If you’re not too concerned with speedy start-ups, though, a traditional hard disk could still be the way to go; you'll get all the storage you need without having to worry about an external drive. Look out for faster 7200 RPM models rather than 5400 RPM. 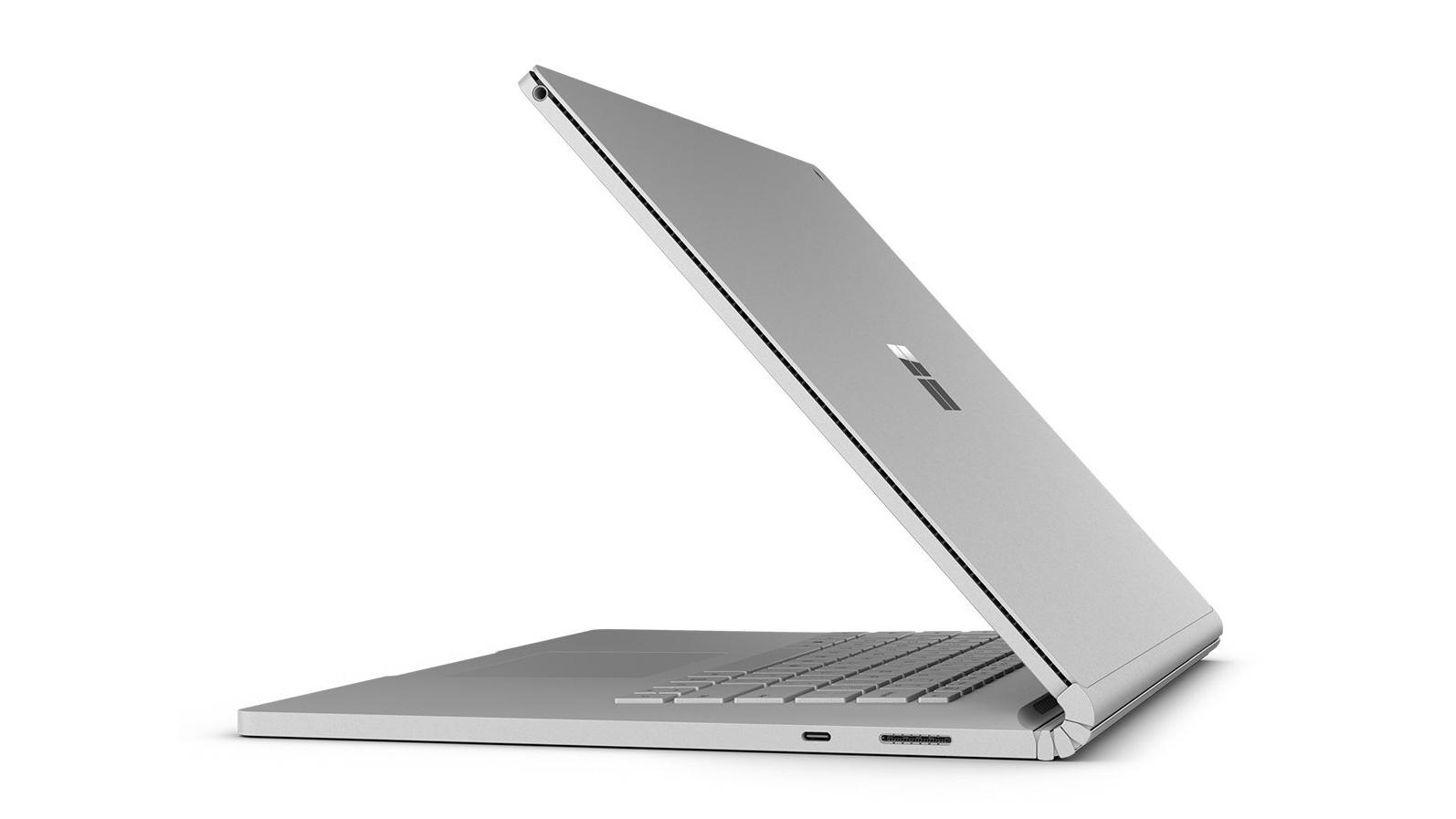 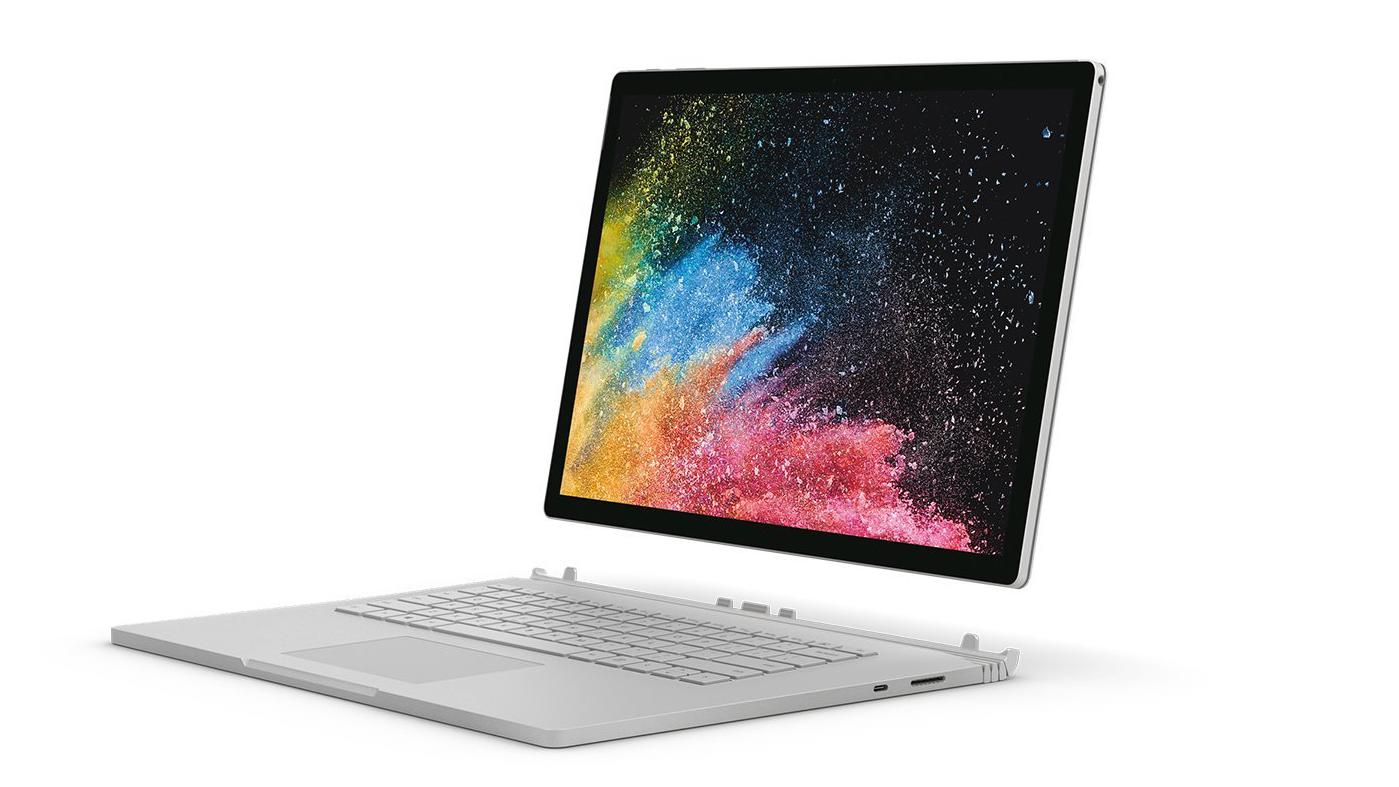 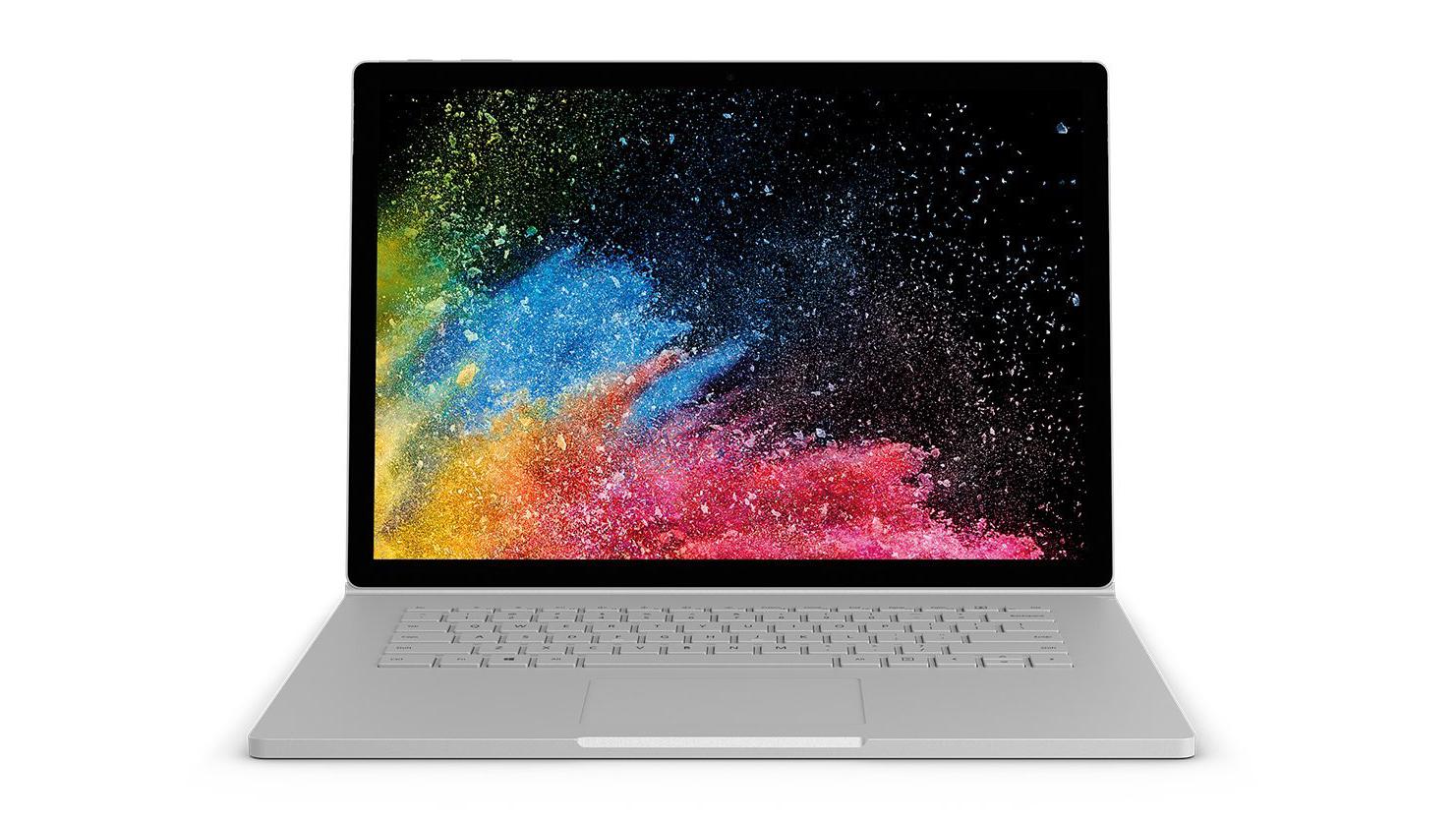 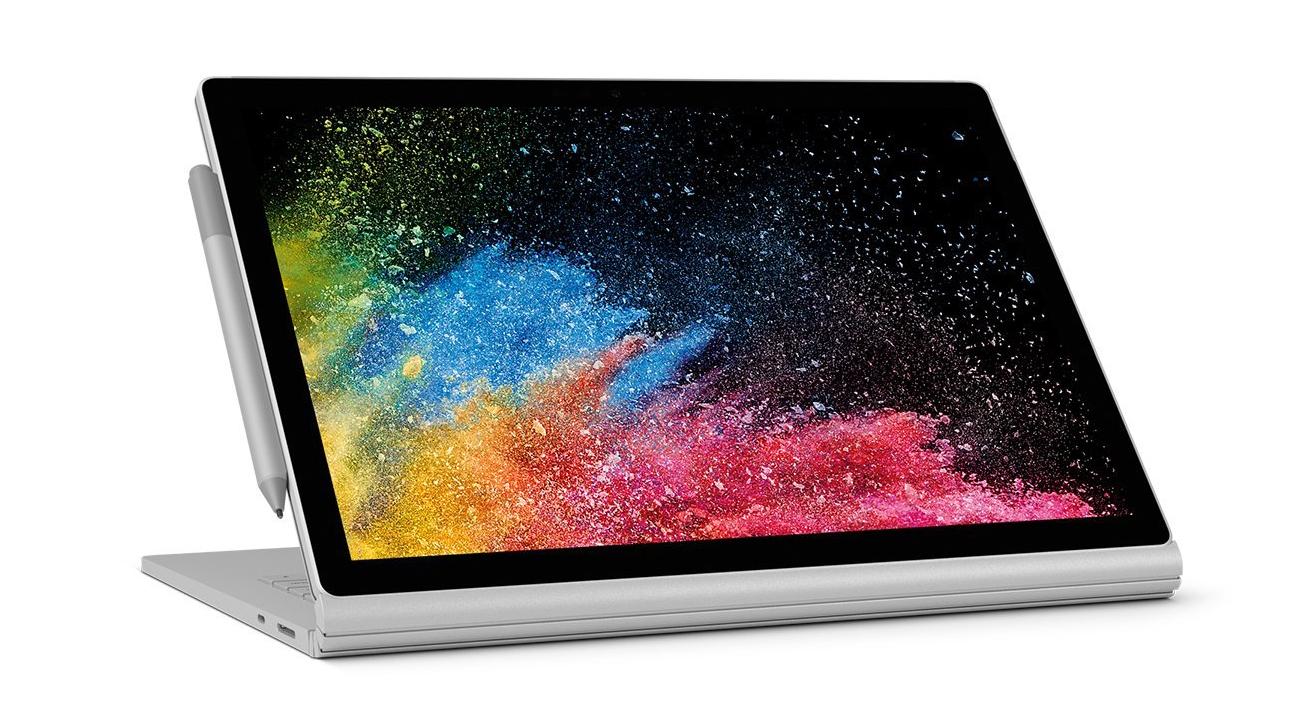 The ultimate laptop for graphic design

Even in its lowest spec option, Microsoft's Surface Book 2 is an incredible 2-in-1 laptop. It's fast and immensely powerful, with an Intel Core i7-8650 processor and 16GB of RAM, and it boasts an impressive battery life, plus a stunning, crisp display with superb colour accuracy. You can use it as a graphics, video or photo-editing workstation; on the go; or as a sketch book. Detach the screen and you can use it as a tablet with the Surface Pen (which sadly doesn't come included) or buy the Surface Dial ($50/£60) as an intuitive way to control your creative tools. Even better, flip the screen around, reattach it and you can use it to draw at a more natural angle. 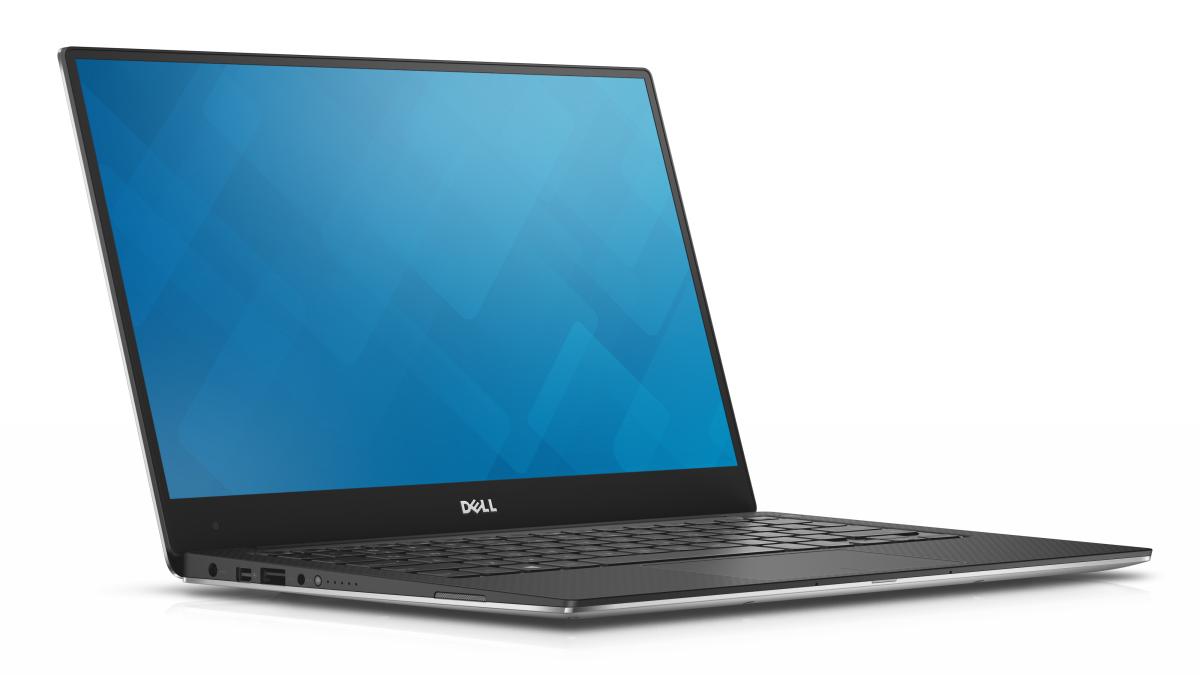 A stunning laptop with a top-notch display

The basic Dell XPS 15 is a fantastic laptop with a near-borderless 'InfinityEdge' HD display a Core i5 CPU, 8GB RAM and a 1TB HD and 32GB SSD. It's great value for money, but if you're prepared to spend more then you can really start pumping up the specs, upgrading it to a 4K touchscreen display – which you can couple with the Dell stylus to turn the XPS 15 into a portable sketchbook – and giving it more graphical power with an Nvidia GeForce GTX 1050, which should be more than suitable for even the most intensive design apps. 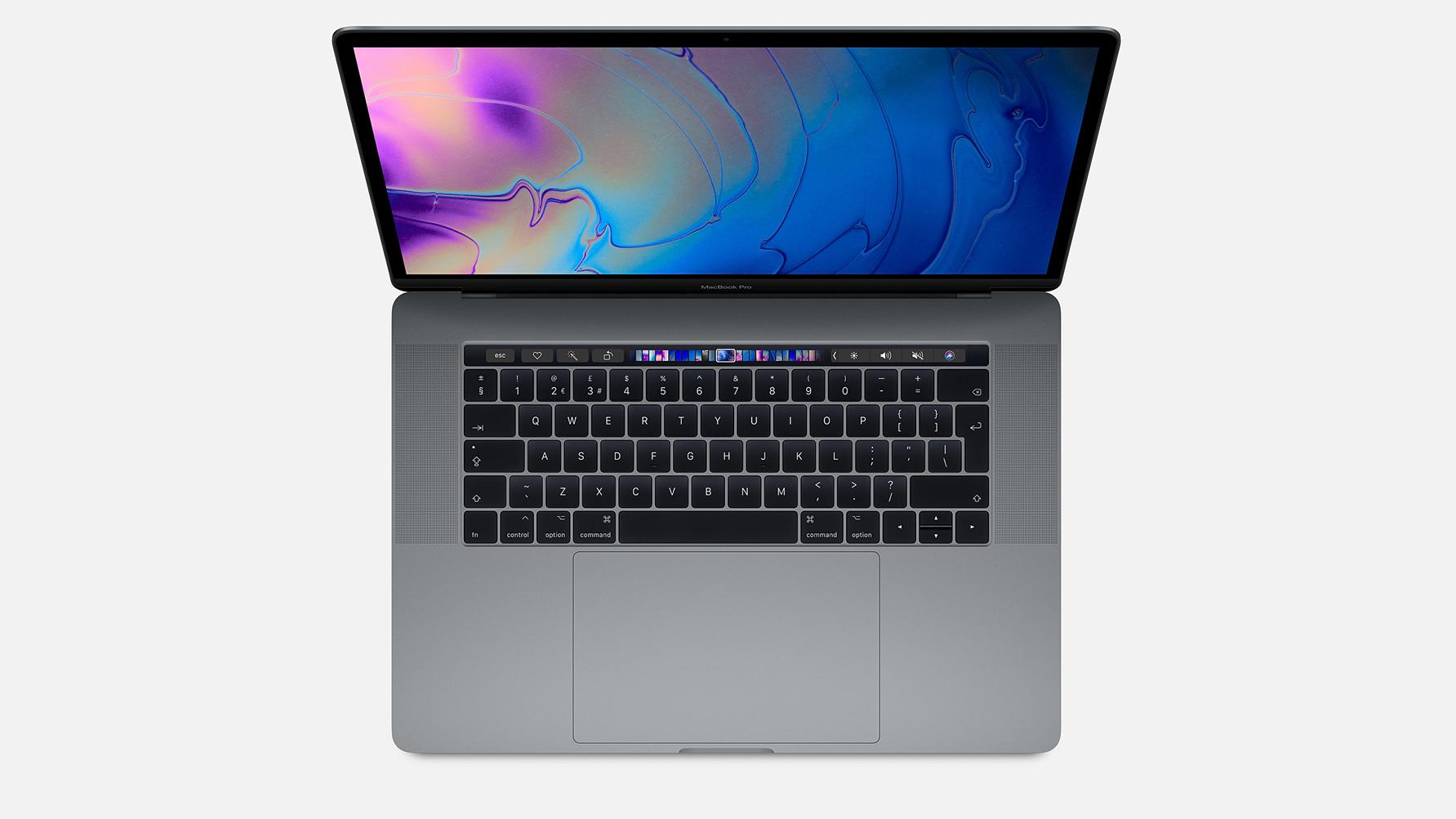 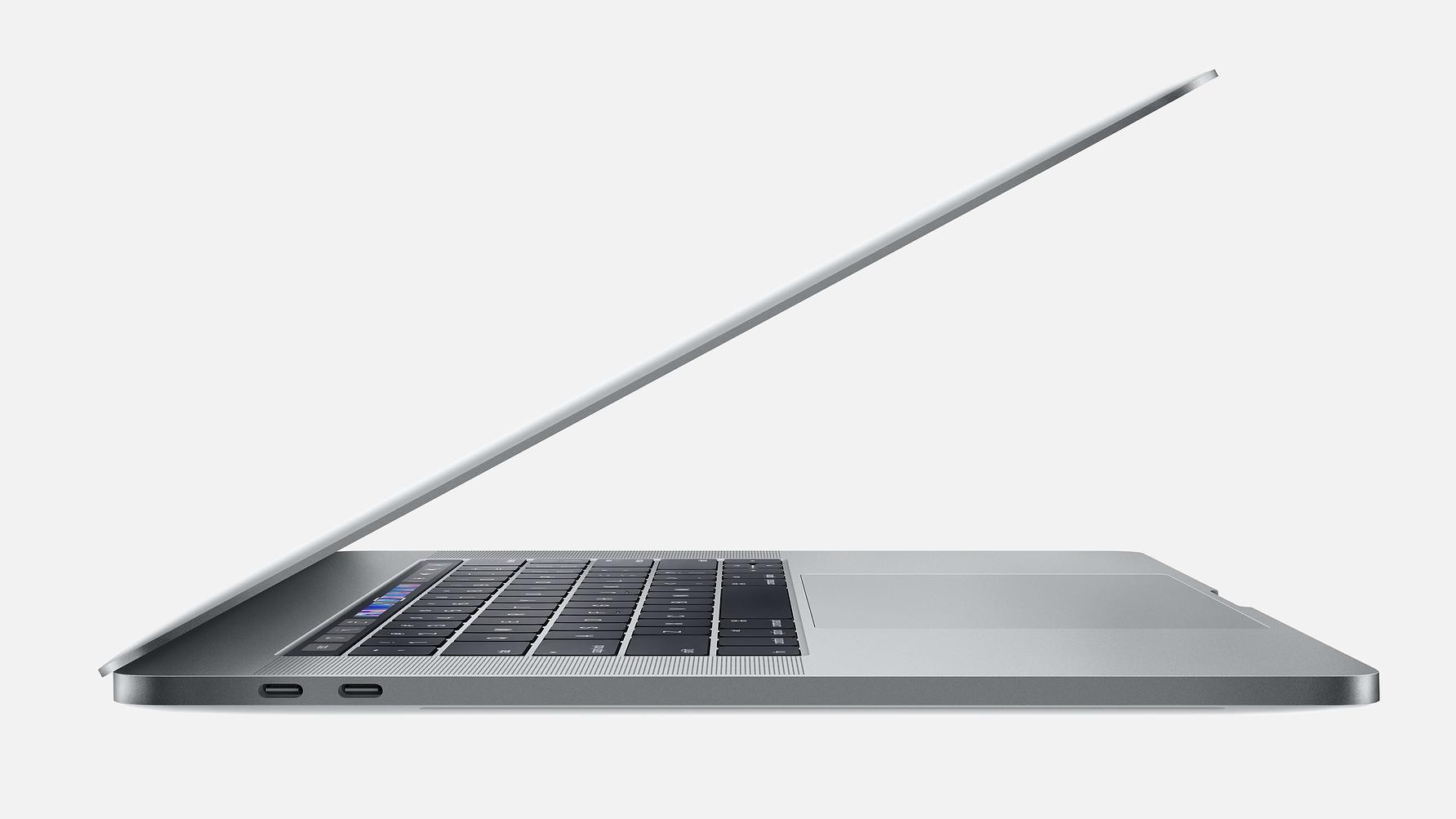 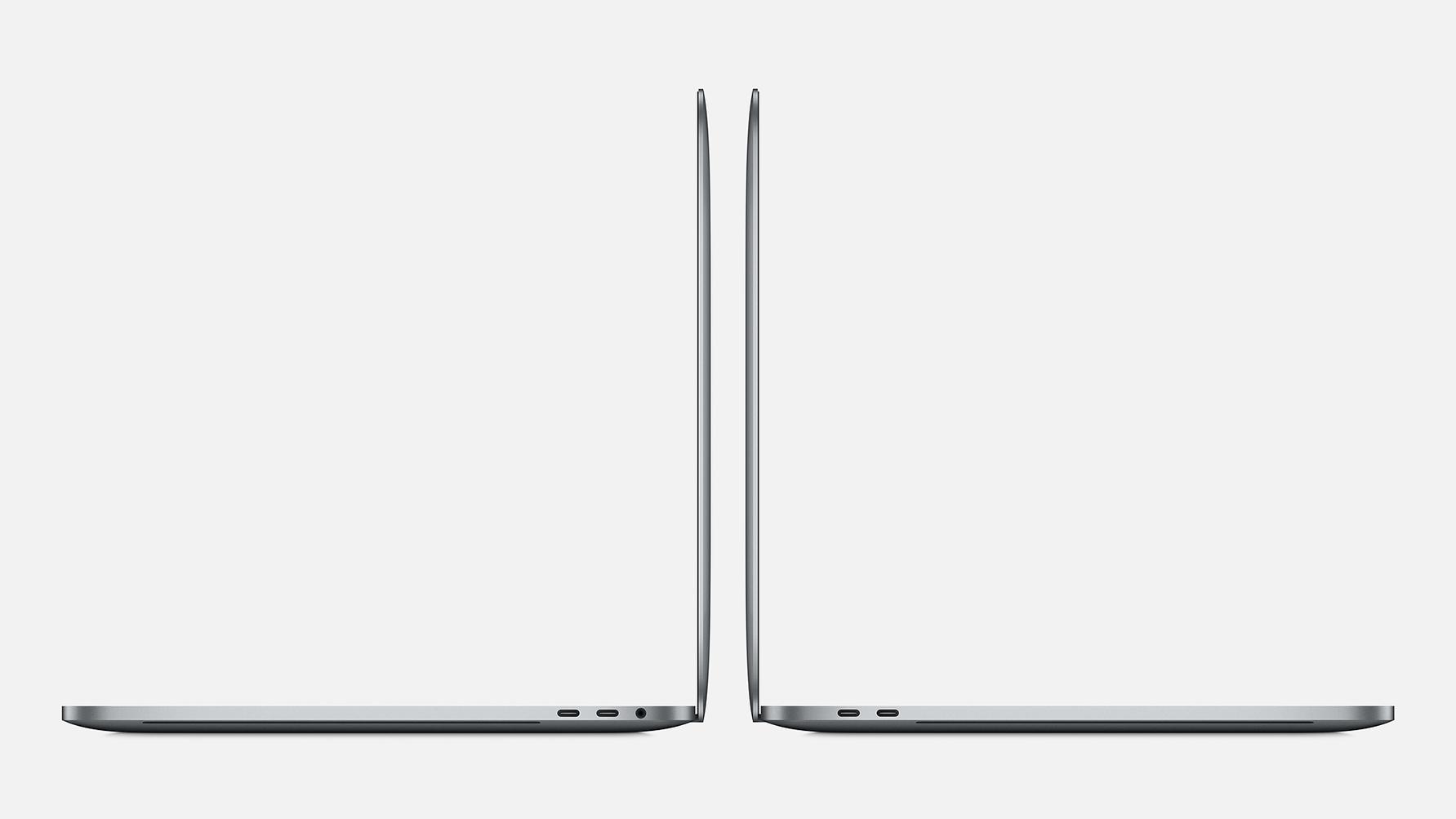 If you need raw power – and have the cash – the latest 15-inch MacBook Pro with Touch Bar is a welcome return to form from Apple, offering a massive upgrade over previous versions and even beating the mighty Surface Book 2 on specs. Thinner than the Dell XPS 15 and lighter than the Surface Book 2, it's the most powerful MacBook ever made, with more memory, a choice of 8th-generation Intel Core processors and better graphics hardware, as well as a quieter keyboard and ridiculously fast SSDs. We'd have liked to see more ports, and a 4K screen option would be nice, but these niggles aside, this is an absolute beast of a laptop, and it looks fantastic too. 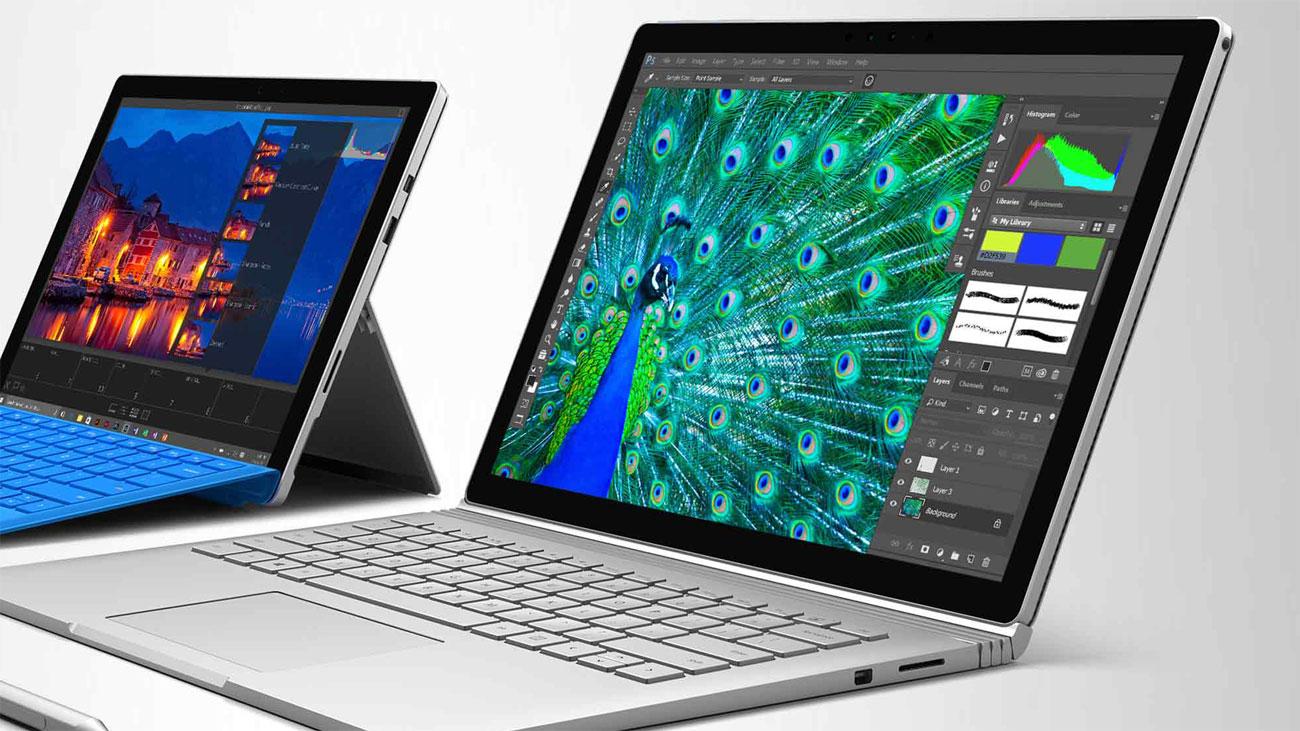 Oh, so you've decided that you really need to get your hands on a shiny new laptop, but it's way too many sleeps until Black Friday? It's okay. We understand. That's why we've gathered together some of the best offers available right now; fill your boots!