Get all the line weights you need in a single pen thanks to this clever design.

Design may be mostly done on computers these days, but everyone loves a bit of old-fashioned ink drawing.

The only problem is that to make your work look good you need an assortment of pens, of different line widths, and eventually they end up taking over your desk. If only there was a pen equivalent of simply increasing the line width in Photoshop CC. 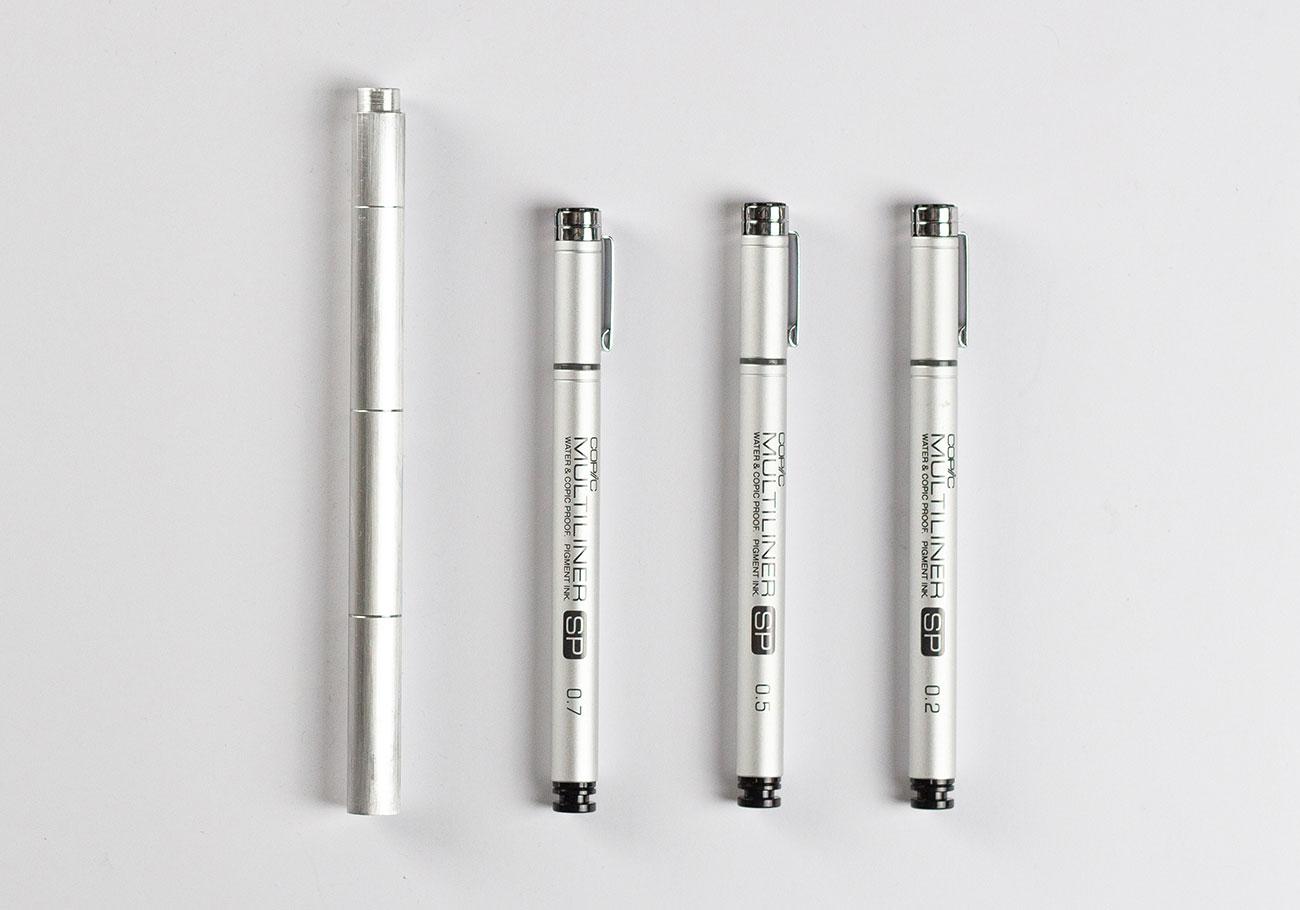 Take three pens into the studio? Not any more!

Well, now there is; or at least, there soon will be. The Wright Pen, by Wright Design, is the world's first magnetic multi-tip drawing pen, giving you three line weights in a single aircraft-grade aluminium body, and it's available to order now via KickStarter.

Designed for artists, designers, illustrators and just about anyone else who needs fine control over their line weights, the Wright Pen is basically three little pens that slot together to make one versatile drawing implement.

And what about the magnets? Well, the last thing you want is your pen falling apart right in the middle of some especially fiddly cross-hatching, so the Wright Pen uses powerful neodymium magnets to ensure that the three pen tips stick together properly and only come apart when you need to switch tips. 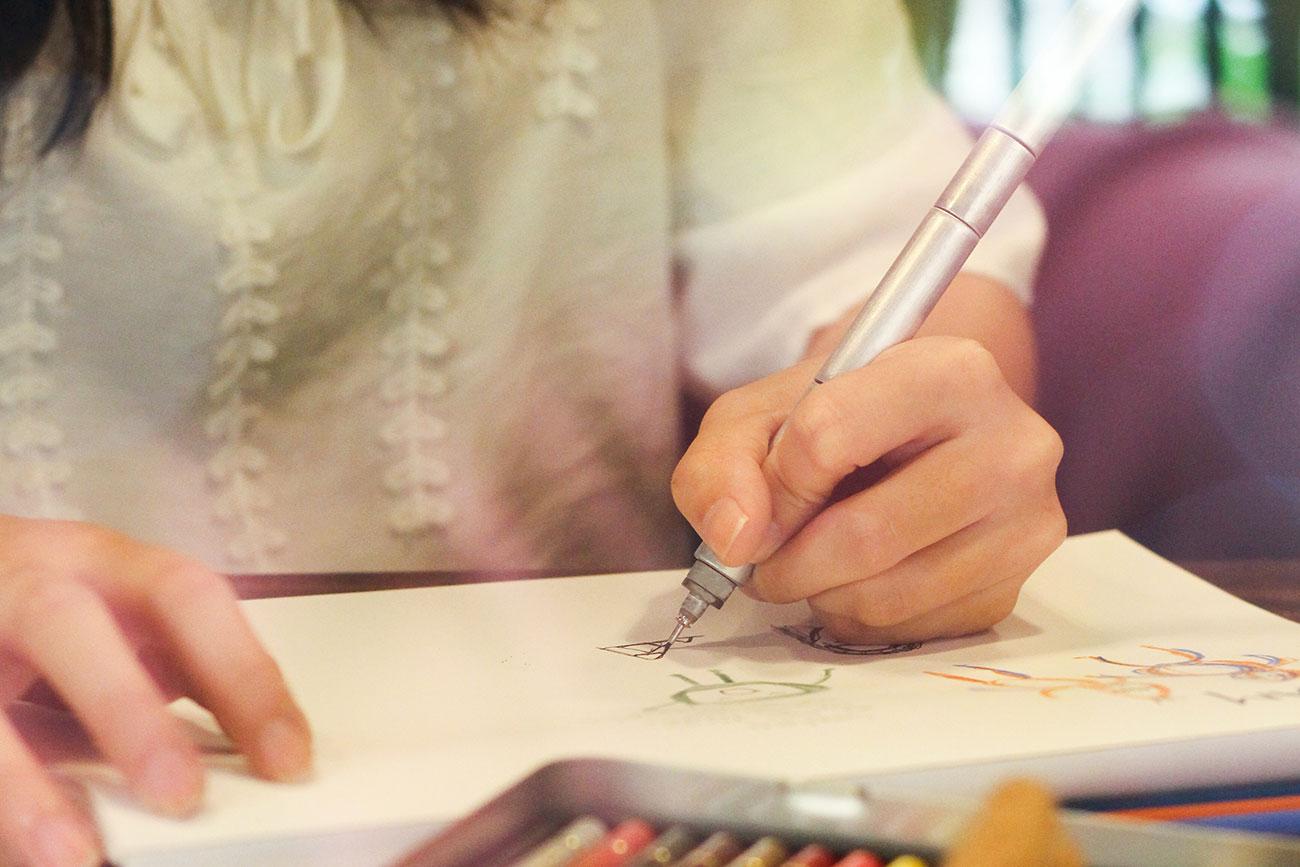 The Wright Pen's suitable for ladies and their delightful illustrations...

The Wright Pen's three nibs come in 0.2mm, 0.5mm and 07.mm widths, giving you a great variety of line weights, and if you need different weights you can simply customise your pen with replacement nibs from the Copic Multiliner SP family. Each tip has its own 3.6mL ink cartridge, ready for you to fill with your favourite drawing ink. 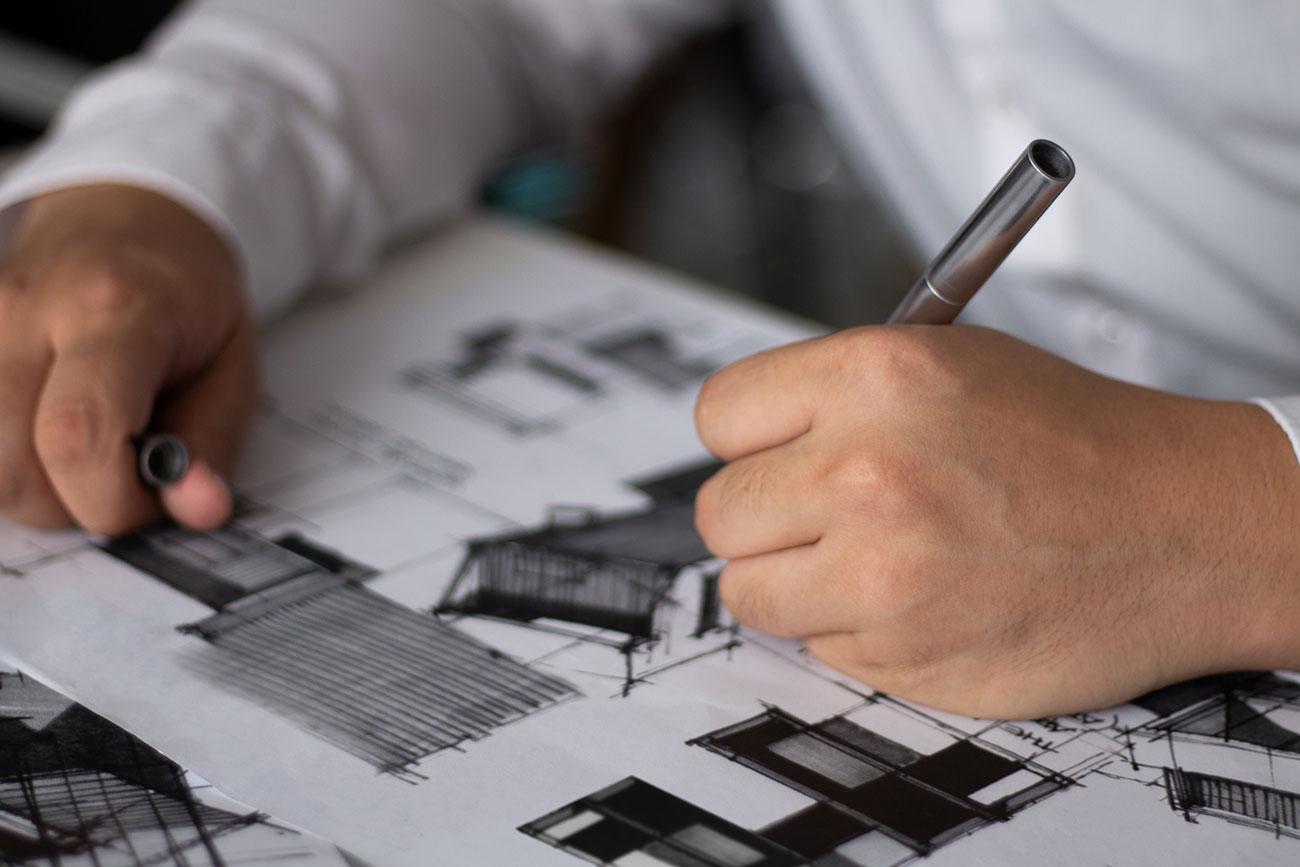 ...and for men with their SERIOUS TECHNICAL DRAWINGS

Sleek and lightweight, the Wright Pen has just sailed through its (admittedly low) KickStarter target in around an hour, but there's still plenty of time for you to back the project and reserve your own pen for $56/£44 – 23 per cent off the retail price. Bear in mind, though, that it'll be a while before your pen arrives; according to Wright Design's timeline, production's due to kick off early in 2019, and the pens themselves will begin shipping in August next year.

How to draw a character in pen and inkThe best pencils: colouring, sketching and drawingHow to draw: the best drawing tutorials