It’s a separate commercial product to Blender itself, but Menuet plans to release weekly builds incorporating new optimisations made in the core software.

The speed boost varies from graphics card to graphics card: user results posted in this thread on BlenderArtists.org suggest that it may be larger with more powerful – or at least, more recent – GPUs.

It also works with AMD graphics cards running under OpenCL, although the speed boost is smaller: in Menuet’s tests, the standard scenes render 1.06x to 1.28x faster with a Radeon RX Vega 64.

According to Menuet, CPU rendering using Open Shader Language is also faster, but at the minute, E-Cycles is mainly intended for GPU rendering. 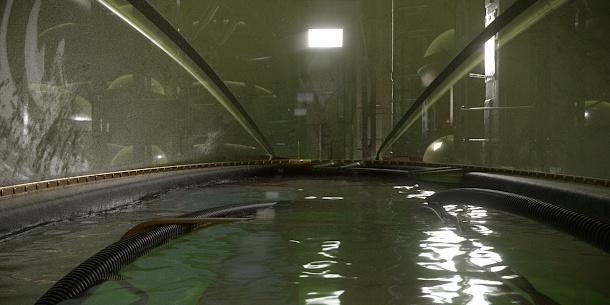 This test scene posted by user Komposthaufen on the BlenderArtists.org thread renders over 1.5x faster in E-Cycles than the Blender master on a Nvidia GeForce GTX 980 GPU.


In the forum thread, Menuet is cagey about revealing exactly how E-Cycles differs from regular Cycles, but the source code is available as part of his commercial Blender programmming course.

He also says that after a year on sale, each new feature will be uploaded for review on the official tracker for possible inclusion within the Blender master.

System requirements and pricing
E-Cycles is available for Blender running on Windows or Linux. It’s built on the still-in-beta Blender 2.8, so until a stable build of 2.8 is released, the usual caveats apply about using it in production.

It’s priced at €9.99/month (around $11.40/month) or €99/year ($113/year), but that just determines how long you get the weekly updates: the actual builds will still work when the subscription expires.

Read more about E-Cycles for Blender in the product thread on BlenderArtists.org
(Includes links to buy the software)