7 huge tech trends in 2019 that designers need to know

These tech trends will shape our lives and careers.

When it comes to tech trends, there are few better places to get a glimpse of the future than the Consumer Electronics Show in Vegas. On Monday, before CES 2019 officially opened its doors, we had a preview of the biggest tech trends to watch in 2019 and beyond, courtesy of Steve Koenig from the Consumer Technology Association.

We’ve highlighted the most exciting tech trends for designers below – all of which can be seen on the CES show floor this week. Much of this tech has been talked about before: what’s new in 2019 is we’re finally seeing its first commercial deployment. Think 5G, 8K TVs, self-driving cars.

“We’re seeing a lot for the innovations we’ve been talking about for years becoming reality,” Koenig told the assembled media in the Las Vegas Convention Centre. “What direction are these trends and technology pointing to? The answer is that we are fast approaching a new era of consumer tech: the ‘data age’.”

How to build trust in emerging tech

According to Koenig, we’re transitioning from the ‘connected age’ of consumer tech, where we’ve been focusing on connecting people, into the ‘data age’ – where we’ll now concentrate on connecting things.

“5G will become the central nervous system of the data age. It isn’t like flipping a switch though,” he cautioned. “The build out of the 5G network is like a toddler learning to walk: we’ll see the networks expand in the coming years. In two or three years we’ll see the majority of these 5G networks up and running around the world.” 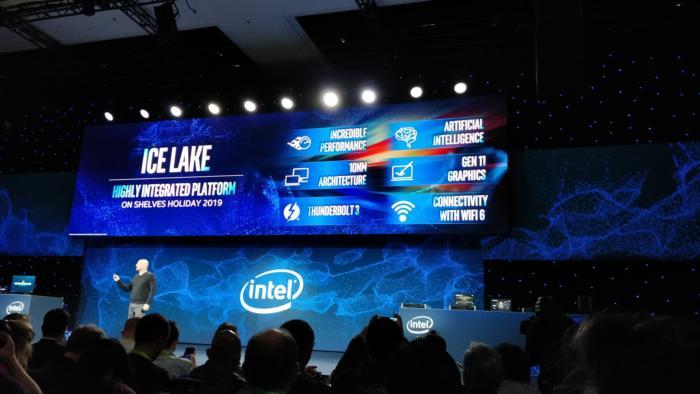 Artificial Intelligence is gathering serious momentum in households around the world. In a late 2018 report, management consulting firm McKinsey Global Institute likened the worldwide impact of AI to the steam locomotive, and that analysis certainly chimes true at CES.

Here in Vegas, the likes of Nvidia and AMD are showcasing their latest processors devoted to machine learning and AI. They’re designed for end devices like TVs and smartphones – why? To improve the UX.

02. The rise of the digital assistant

Digital assistants sit at the most visible part of the AI spectrum. “There are more smart speakers, smart displays... Digital assistants are quickly becoming omnipresent,” said Koenig, adding that right now there are over 20,000 compatible devices with Amazon Alexa. Even the Church of England has an Amazon Echo app.

“Services, business – everyone is supporting these digital assistants," he continued. "And it's happening because consumers are starting to expect it.”

03. Voice will be a paradigm shift

With the rise of digital assistants comes voice design, as we've talked about before. Voice isn’t universal as an interface yet, but in certain cases we’re increasingly pivoting towards it – to ask questions, check the weather and so on. (Things we’d normally open an app for.)

With digital assistants, we’re speaking to more brands and services. And with every conversation, the AI becomes better trained. “This activity is showing us we’re on the cusp of a major shift in consumer behaviour. This will multiply as we move into the data age,” predicted Koenig. “Voice will become established as a go-to digital option. Digital assistants will be our digital co-pilots.” 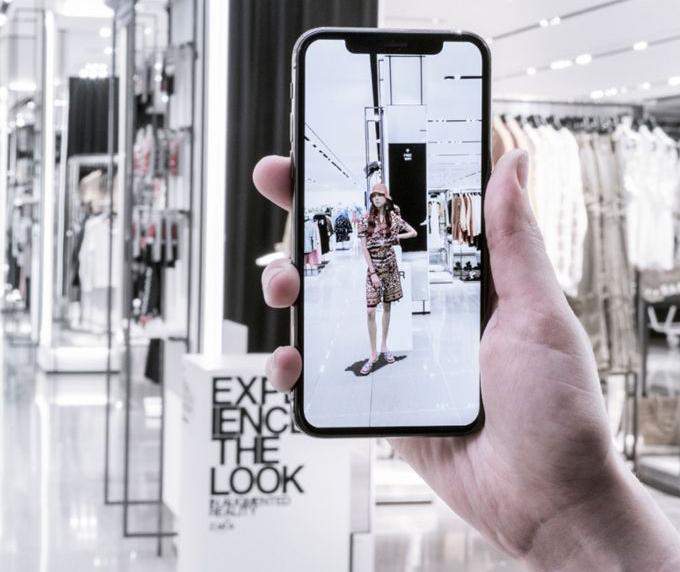 “VR surged in front at first, but AR has quietly pulled forward,” says Koenig. “We’re seeing a lot of innovation in AR.”

From wearables and fashion to tourism and education, there’s an abundance of AR hardware and software at CES this year. Smart mirrors – where consumers can see what they look like in different garments without physically wearing them – could revolutionise fashion retail; while the tourism and education sectors are already amplifying experiences with AR.

“The forecast for VR headsets is fairly flat,” Koenig added. “There will be more experimentation over the next few years; the headsets will get better. But on the S-curve of adoption, we’re still at the bottom of the curve – in the middle of the next decade we’ll see the inflection.”

“That said, VR is the perfect fit for brands – look at what Audi did with its Enter Sandbox demo. It’s a great way to communicate brand experiences.”

05. There are limits to automation

“We’re beginning to understand the limits of automation, where AI doesn’t really fit,“ said Koenig. “The things we ascribe to AI involve solving really hard problems, but when we pass physical tasks to robotics, they struggle. There has to be training. Also, there are a lot of cases where the tech worked fine but it failed because we need that human element.”

Koenig says that we can expect more human-machine partnerships in the data age. But he believes that the outright automation of different job tasks won’t mean mass job displacement for people. “These systems will take over tasks that aren’t safe for humans, like search and rescue,” he suggested.

“AI is all about perfecting processes, freeing us up to do other things. Job displacement will be the real outlier. And we’ll come up with other things – we always do.”

CES is writing another chapter in display innovation this year, with 8K TVs out in force. But do we really need them?

Yes, says Koenig. ”Screen sizes keep getting bigger and bigger, because consumers demand them. It’s a global thing. In this sense, 8K is right on time. The average screen size shipping this year is almost 50-inches.”

The super-big TV segment is the fastest growing in the sector – and it makes sense. But if you’ve only just invested in 4K, don’t worry. There isn’t much 8K native content yet. It’s coming, sure. But these are just the first steps.

07. The rise of resilient tech

“Resilient tech is emerging in the context of smart cites,” said Koenig. Without resilience these cities can be fragile, he added, highlighting areas of cyber resilience, 'emergency preparedness' and anti-terrorism as areas of growth.

Take the Genny, an atmospheric water generator that literally makes water out of air. The small home and office device can generate 25 to 30 litres per day, needs only electric infrastructure to operate and can be installed anywhere, making it a potential game-changer in areas with water shortages.

It won a CES 2019 Best of Innovation Award – and there are plenty more examples of this growing tech trend across the CES show floor.