Originally posted on 6 September 2018. Scroll down for news of the release of the Clarisse iFX edition.

It was demoed on Isotropix’s booth at Siggraph 2018, but the video has only just been posted on YouTube.

The trees can be rigged and animated automatically, with support for both wind and growth animation. 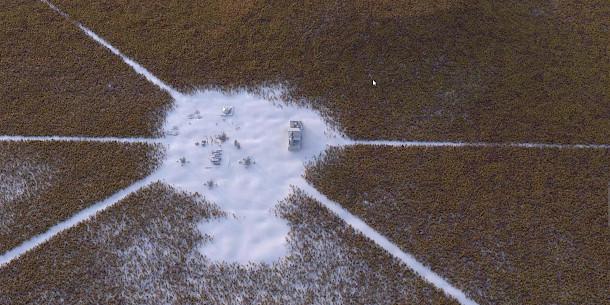 Export trees as procedural geometry and generate variants and wind animation in your DCC software
Although there is already an edition designed for visual effects work, SpeedTree Cinema, it’s designed to be software-agnostic, exporting in standard geometry formats: typically Alembic caches for animations.

That means that file sizes can increase very quickly: IDV says 3GB for 10 seconds of wind animation is typical.

In contrast, SpeedTree Engine uses SpeedTree’s native .spm format: a procedural format that exposes many of a tree’s key control parameters, including those governing its form and seasonal state.

That means that a user can generate variants of a tree model directly inside their DCC software rather than having to do so in SpeedTree itself and export each variant individually.

Wind animation is also generated on the fly inside the DCC software on a per-tree basis, reducing file sizes from Gigabytes to mere kilobytes.

In the video at the top of the story, IDV director of operations Danny Oakes shows an entire landscape populated using variants of a single tree model generated directly inside Clarisse iFX.

“Theoretically, you could export just 2MB of trees … and populate the entire scene,” he said.


Pricing and availability
SpeedTree Engine is compatible with Clarisse iFX 3.6 SP4 and above. A node-locked or floating licence for Clarisse iFX costs $795; a licence for cnode, the command-line version of Clarisse, costs $125.