The best cities for 3D artists

We talk to creators in CG hubs around the world to discover what sets these hotspots apart.

Every 3D artist has an idea of where in the world they’d like to be, whether it’s London, Berlin, Vancouver or Los Angeles. But has anyone ever asked how these places came to be the promised lands for aspiring creators, and if they’re still relevant in an age where the internet rules supreme?

In this article, we've assembled a variety of companies and creatives to discuss their respective communities and the concept of industry hotspots. Here we hear from VFX veterans RISE in Berlin, Riot Games character artist Blair Armitage in LA and Tokyo, CraveFX in Singapore, and DNEG in London and Vancouver.

Get free admission to VERTEX 2019, the ultimate event for 2D and 3D artists A still from German crime-drama series Babylon Berlin, for which RISE provided VFX

“Berlin’s 3D community is still relatively young, but that doesn’t mean we aren’t up to speed or as advanced as other places,” says RISE VFX supervisor Jonathan Weber. He has been working at RISE for 11 years, joining shortly after the studio was founded in 2007. His most recent credits include massive 3D movies such as Avengers: Infinity War, Black Panther and Disney’s upcoming live-action adaptation of Dumbo.

“The industry here grew at a steady rate,” he explains. “There aren’t as many companies in this region compared with cities like London or Montreal. Rise however was one of those that grew alongside the industry and remains one of the original. With the increase of film production in the area, the amount of visual effects projects coming to Germany has really taken off in recent years.”

When asked how Berlin came to be such an important part of the global CG community, Weber attributes it to several factors. First of all is the abundance of nearby universities and educational programs for digital and 3D art, bringing a wealth of fresh talent through the area.

He continues: “Cities like Munich and Stuttgart help by continuing to grow by passing on individuals with the necessary knowledge and expertise. There’s other incentives such as the recently updated state-sponsored tax rebate programs. It’s also still an affordable city, so if you’re deciding between here or a city like London, which has a larger number of artists and higher living costs, Berlin will continue to be the better alternative.” 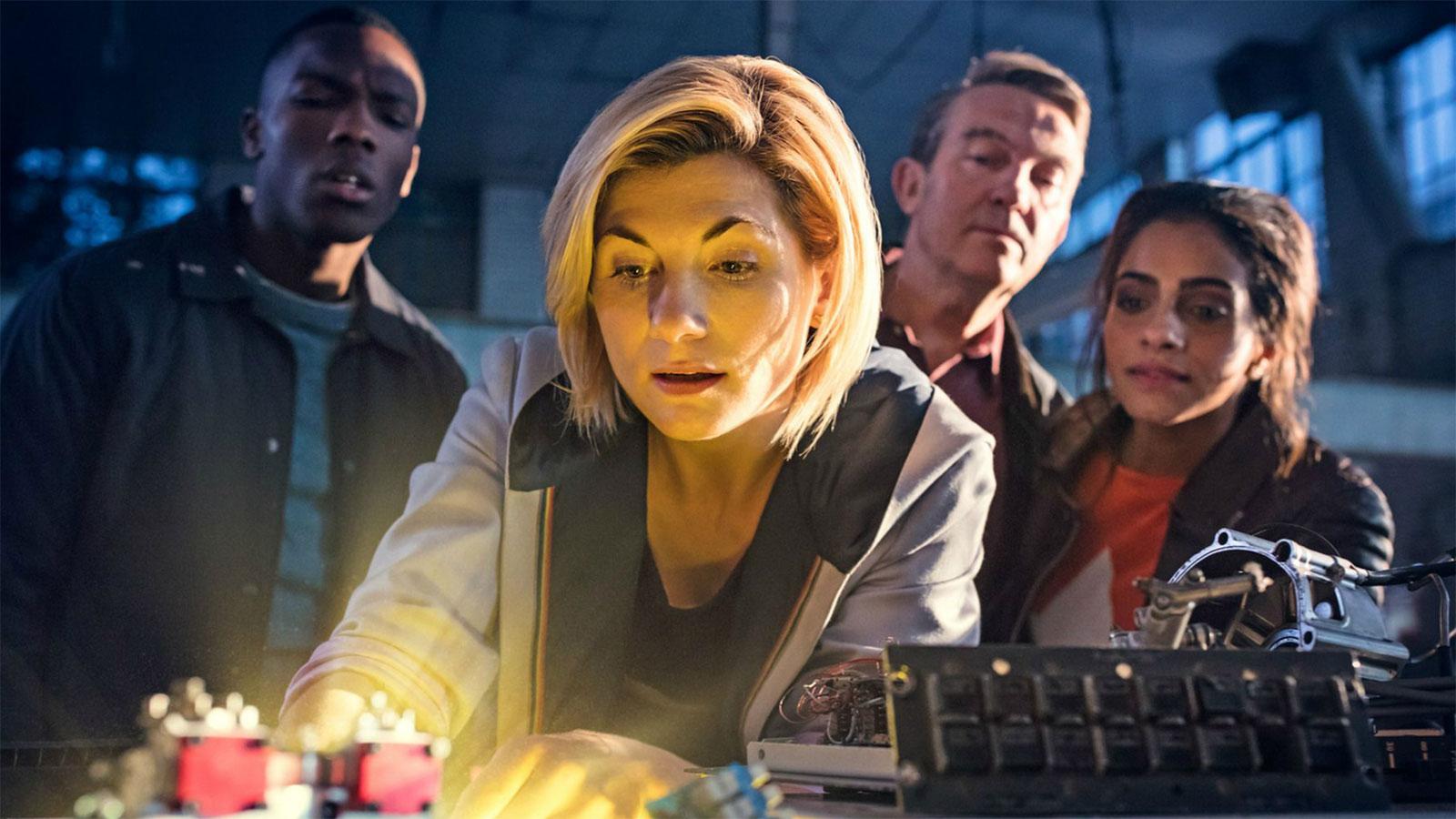 Few studios are as well placed to assess London’s place in the global CG community as DNEG, which was founded in the city back in 1998. According CG head Stuart Farley, it was formed by “a group of people who had been working together in visual effects, and aspired to produce visual effects of the highest calibre for feature films.”

Farley goes on to explain that over the ensuing two decades DNEG have continued to push themselves creatively and technically, something that has allowed them to thrive in the crowded London scene.

He continues: “We try to remain focused at all times on the other important things that drive us: award-winning visuals, relationships with the very best creatives, collaboration with upcoming filmmakers and pushing storytelling beyond the limits that audiences are used to. We hope this focus has given us a special place in the community.”

Since 2014, DNEG has opened a number of facilities around the world, one of which is in Vancouver. “It’s proven itself to be an important hub for the VFX industry,” explains Farley. “DNEG was a natural fit for this environment. We wanted to open our doors to the wealth of talent here and bring the culture of DNEG to Vancouver.”

Discussing how Vancouver came to such fruition in the industry, Farley says: “It offers a diverse workforce and an established backbone of shoot services. There’s a great range of stages and locations.” The abundance of film production has attracted many of the VFX industry’s heavy hitters, which in turn brings a wealth of talented creators to the city. 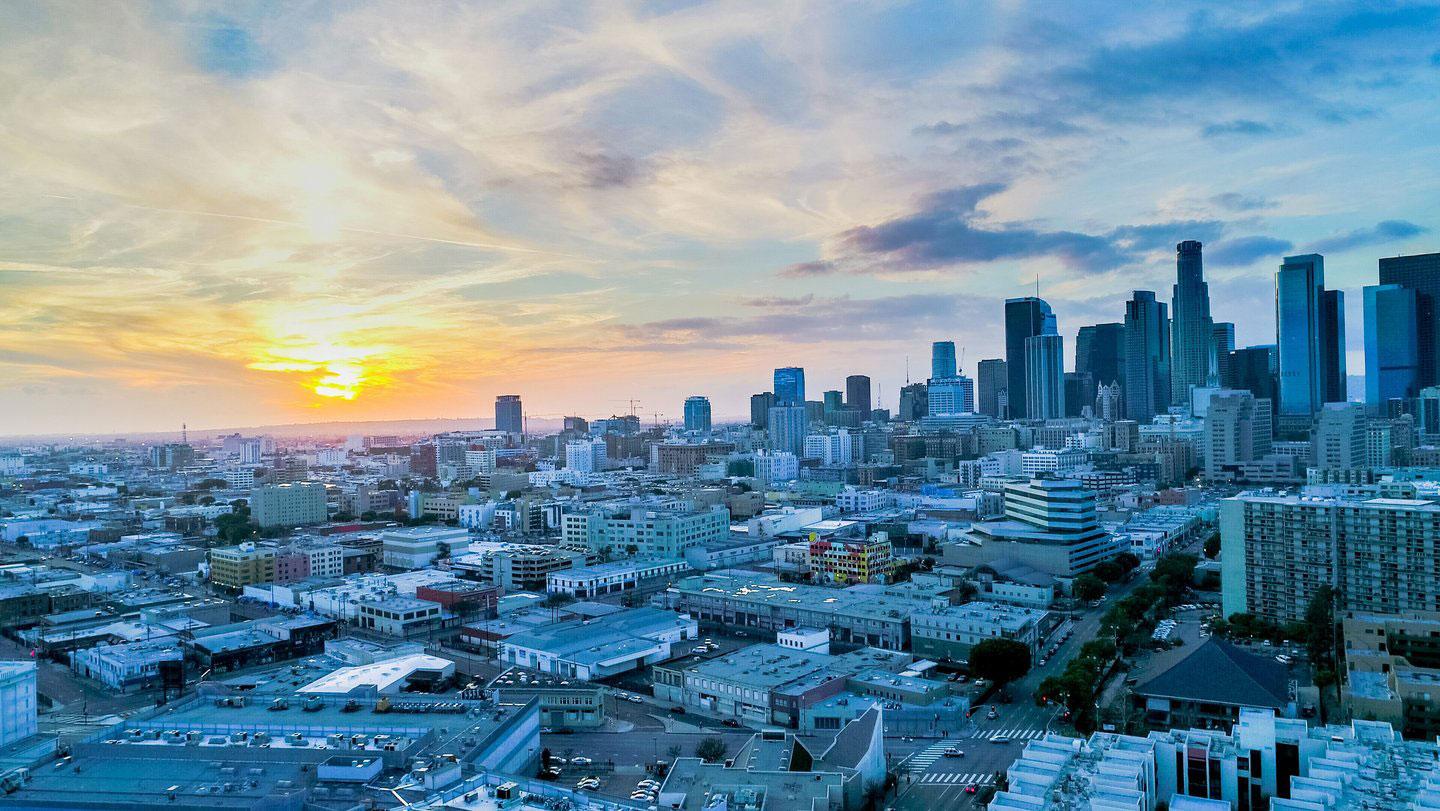 LA welcomes artists of all types

Originally hailing from West Yorkshire, character artist Blair Armitage relocated to the bustling CG hotspot of Los Angeles for a role at Riot Games, after working for several years in the UK and freelancing in Japan.

“There are so many artists here in LA, from different industries that I had no idea about in the UK,” she explains. “I’ve met people from the animation industry and learned all about their pipelines and skillsets. My view as a game artist was very narrow and hyper-focused, being here has inspired me to learn more outside of that.”

Long-established studios like Disney, Dreamworks and Blizzard, to name just a few, first attracted the diverse range of talent that has made LA such a crucial part of the global community. But what makes it unique from the host of other hotspots?

“There’s tons of learning to do here. Lots of great opportunities for artist meetups, E3, ZBrush Summit, Gnomon Workshop events, and CTN animation eXpo,” says Armitage. “I’ve met people who have been working in LA their whole careers, which is odd to me as I feel like a lot of young British artists are more nomadic due to the nature of the industry.” Armitage also expresses the diversity of the community in LA, with artists from a wide variety of backgrounds and experiences. 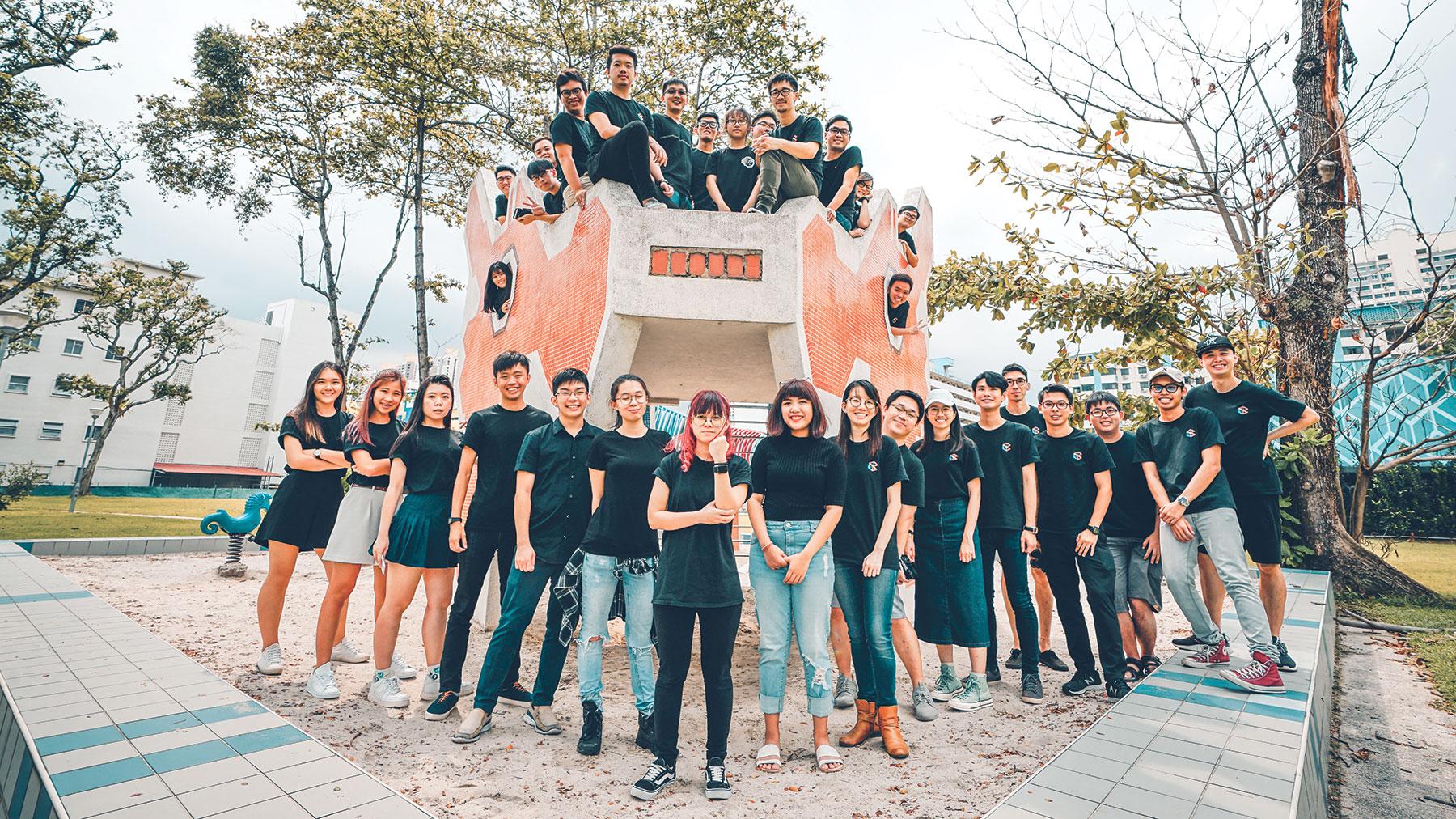 Animation and post-production studio CraveFX has been part of Singapore’s CG community for the last five years. “Our directors Joshua and Davier met as students in university and worked together as project officers for a year after they graduated,” says a spokesperson for the company.

“Like any other fresh graduate, their dream was to land a comfortable full-time position in a large organisation. But after some time freelancing, they realised they had something unique that they could bring to the industry. That’s when they struck out on their own. We’ve since grown from a two-man outfit to a bustling studio with more than 30 people.”

“The government played a big role in giving the sector an early leg-up, with initiatives and grants to draw animation studios with a global presence into the country,” says CraveFX on the subject of how Singapore became such a focal point for the industry. There’s also an abundance of educational institutions that offer courses in motion graphics or animation. “This helps with the nurturing of talented artists and animators,” adds CraveFX.

Tokyo: The one to watch 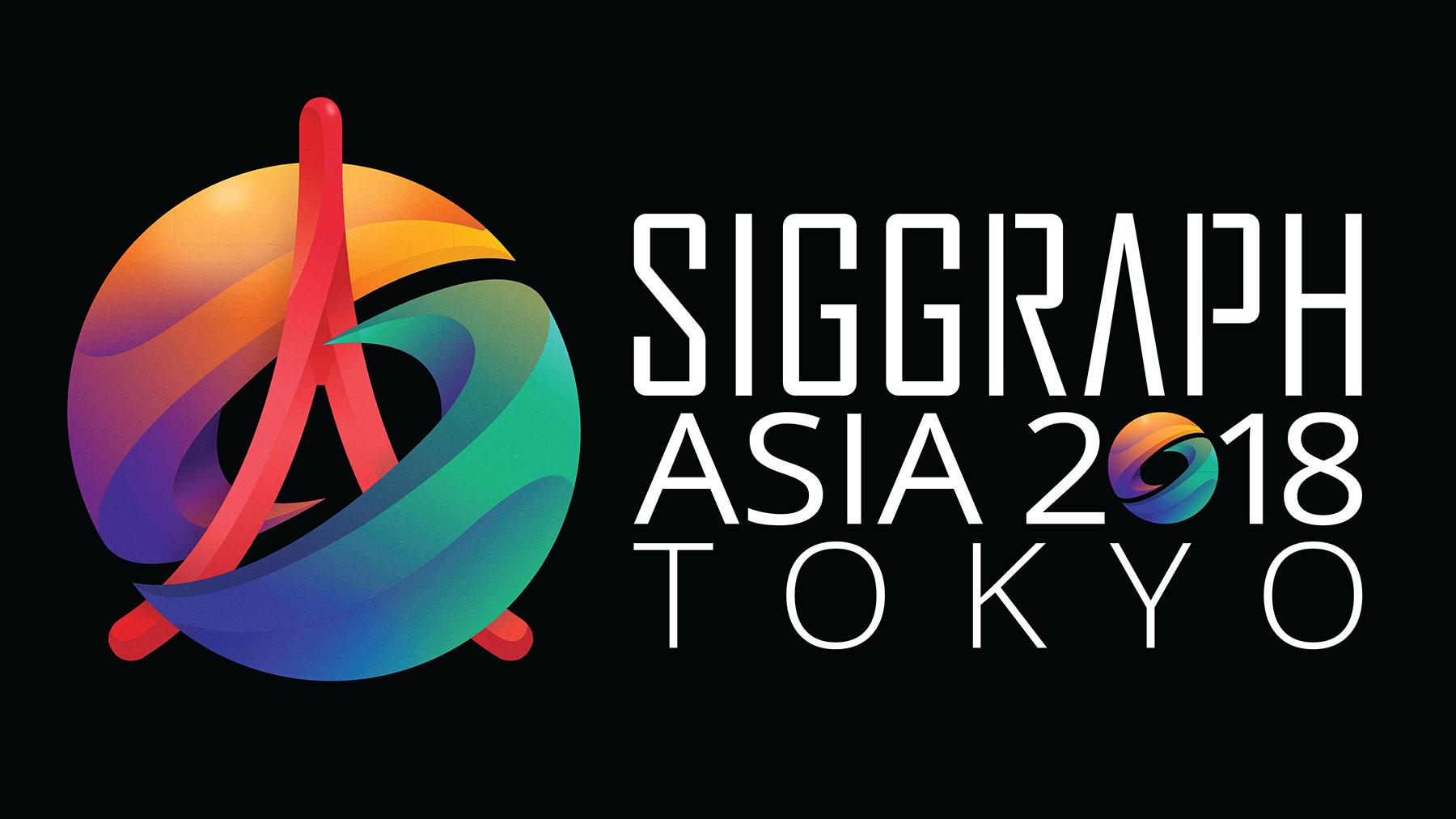 “I keep seeing more artists go to Tokyo,” explains Armitage. “I think there might be more communities of foreign artists there in future. More studios are looking to hire from overseas and improve the sharing of knowledge. There was a welcoming game dev community when I lived there, who were so inviting and open to talking about their experience.”

There’s also a wealth of events held in the city for hobbyists, fans and artists alike, not least the prestigious SIGGRAPH Asia or the Video & CG Production Expo.

Armitage goes on to explain that the language barrier can be somewhat of a challenge for newcomers: “There’s so much separation between language barriers that can make it difficult to see the amazing art that comes from Japanese artists, so seeing their work in person, where you’ll likely be part of the 1 per cent of English speakers, is such a fascinating experience. For me, Japan was the best place.”

The recipe for a global CG hotspot appears to be a mixture of major studios, educational institutions and government initiatives. However, there still remains the question of whether or not physical locations remain relevant in a time when everyone is more connected than ever, and budding artists can become established members of the community from their bedroom.

Farley asserts that the idea of hotspots isn’t at all outdated: “Hotspots like Vancouver have proliferated because of the wealth of creative talent in the community, and because our clients recognise the advantages of placing work in different geographical locations. The creativity between studios is fed, and an environment is nurtured where everyone benefits, creating a richer community.”

“There will always be hotspots,” argues Weber. “Yes, it is getting easier and easier to work from a home office setup. That however is still limiting, especially if you want to be involved in larger productions that have more opportunities to further develop your skills. If you are just starting off too you may not be able to obtain and work on the industry-standard software, and wouldn’t be familiar with the pipeline developments that make working between multiple departments more efficient.”

He continues: “All this doesn’t mean you can’t learn at home, but as a functional studio you need to have a physical location that has the hardware, software, licences and more to further yourself with. Not forgetting what you may pick up from working with artists from a variety of backgrounds and experience levels.”

Hotspots will continue to exist, but that will allow freelancers to try out places all over the world

Sara Sarmiento, RISE’s line producer, shares the same view. She explains: “My experience has shown me that certain tasks can only be achieved in a team setting, under a supervisor’s direction. The greater and more demanding tasks become, whether it’s 3D or otherwise, the more you need others to help realise the end result. That requires clear and efficient dialogue between departments. Hotspots will continue to exist, but that will allow freelancers to try out places all over the world.”

CraveFX takes a slightly different view: “The world is shrinking, particularly the animation sector. Unlike traditional industries such as manufacturing, it’s less reliant on economies of scale and proximity. Because of our mobility, we don’t have to be clustered in one place. Good animation work is universal and can come from anywhere in the world.”

For Armitage, the best place in the world for a 3D artist to be is anywhere that they can bring a laptop or a tablet, with good coffee and internet. However, she still sees some worth in the concept of industry hotspots and the studio environment.

“In my opinion, you can’t beat face-to-face relationships,” she explains. “It’s much nicer to see someone’s face when you can interact with them with zero lag. Personally I find it easier to build trust with someone in real life, even if I originally knew them from the internet.

“Online mingling is really important, but I would still encourage young artists to attend community events, to have fun and enjoy the vibe, make friends and connections, and see if this is a community that you want to be a part of. It’s also important to find out if you can see these people as your potential future co-workers.”

So it appears that the age of the industry hotspot isn’t over just yet and there are still a multitude of reasons for studios to remain in clusters around the globe, whether it be for financial incentives, or the proximity to emerging talent. Plus, one particular aspect that all our experts seem to agree on is that there’s no substitute for the wealth of interaction that a studio environment can provide.

This article was originally published in 3D World, the world's best-selling magazine for CG artists. Buy issue 242 or subscribe.