The Period Game is Dream Phone with ovaries

New board game aims to bust the taboos surrounding periods.

If periods could ever be said to be having a 'moment', this must be it. A documentary about menstruation – Period. End of Sentence – has just won an Oscar, and the stigma surrounding periods is being challenged left right and centre, as advertisers shake things up with new types of period product ads, and issues such as period poverty are discussed in Parliament.

New educational board game The Period Game aims to engage the next generation with menstruation, and it's currently well on the way to meeting its Kickstarter target. It's designed by Daniela Gilsanz and Ryan Murphy – two industrial designers who have spent years testing out the game at schools – and has already won a Red Dot Design award.

The game is designed to teach players about puberty and the menstrual cycle, including topics such as PMS and different flows. There's pretty much no way you could play it without engaging with the topic, and the idea is not just to educate, but to make talking about the subject more natural.

The centrepiece of the game is two giant ovaries, which the player has to twist to release a marble. This is probably the oddest part of the game, as we don't think anyone should be advocating twisting organs.

Different coloured marbles denote whether the player has their period or not, and which card they get to play as they move round the four sections of the board – corresponding to a typical monthly cycle. The counters are also pretty cool, there's a pad, two tampons, menstrual cup and a pair of period pants, and we like the fact that it's not just all pads and tampons. 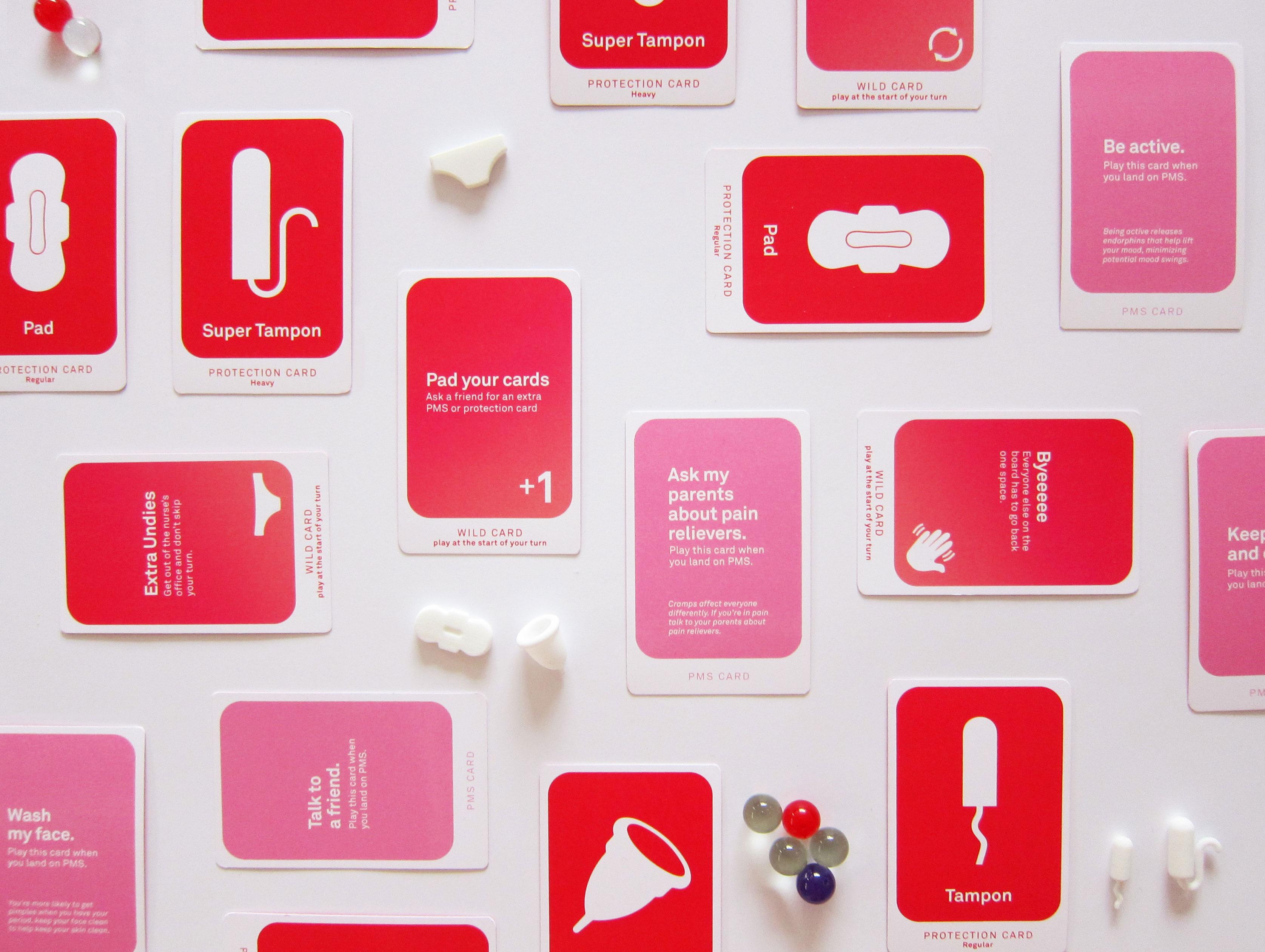 Overall, this looks like a fun game to teach people about menstruation, and we applaud that. We also like the bold design and clear illustrations, despite the colour scheme being very pink and red, as products about periods are want to be (see our analysis of the problem with period product branding). We don't like the twisty ovaries, though.

But if teenagers are playing this instead of 'guessing who likes them' by talking into a giant pink phone (we're talking about you, Dream Phone), that can't be a bad thing. And you never know, they might even learn something.

You can back the project on Kickstarter here.