The best Black Friday deals 2018: grab a bargain this year

Where, when and how designers and artists can pick up the best Black Friday deals in 2018.

Black Friday 2018 is less than two months away. We'll be curating the very best Black Friday deals for designers, artists and creatives right here – so bookmark this page and make sure you check in from the start of November.

The best Black Friday deals: everything you need to know

Yep, we did just say the start of November. Gone is the time where Black Friday was a one-day-only event. This year, thousands of brilliant bargains will be dropping in the four weeks leading up to Black Friday 2018; with thousands more during and after the event.

Of course, mixed in with the best Black Friday deals will be a great deal of not-so-good deals – and when they're coming thick and fast, it can be tough to know the difference. That's where we can help. We'll be searching for the biggest genuine bargains, and posting them here throughout the extended shopping bonanza.

So if you're interested in making some cracking savings on everything from creative hardware, software and resources, through to anything – and everything – a creative could possibly want (whiskey deals, anyone?) this page is where you want to be.

In the meantime, there are a few things you can do now to make sure you're ready to bag a bargain in November – and that you're clued up to avoid non-deals. From the dates you need in your diary through to pro tips on how to get the best Black Friday deals as a designer, artist or creative, here’s everything you need to know about Black Friday 2018…

Oh, and if you're in the mood to make some early savings, take a look at the best pre Black Friday deals below.

This year, Black Friday falls on 23 November 2018, with Cyber Monday following on the 26 November. Always held the day after Thanksgiving, Black Friday marks the unofficial beginning of the Christmas shopping season.

Traditionally Black Friday was a one-day brick-and-mortar juggernaut of sales, with Cyber Monday later conceived by savvy marketeers to extend the sales period online. These days, Black Friday is of course a huge online event as well.

In the last few years, the spending bonanza has morphed into a 'Black November', with many major retailers leaking decent money-saving deals throughout the month. Amazon, for example, officially opened its Black Friday Deals Store on the 17 November in 2017, a week before Black Friday started. We also saw plenty of deals creeping through before that – and a lot of rock-bottom deals in the days after Cyber Monday, too.

So make sure you check back into this page from early November to see what's on offer.

Black Friday: where to find the biggest savings 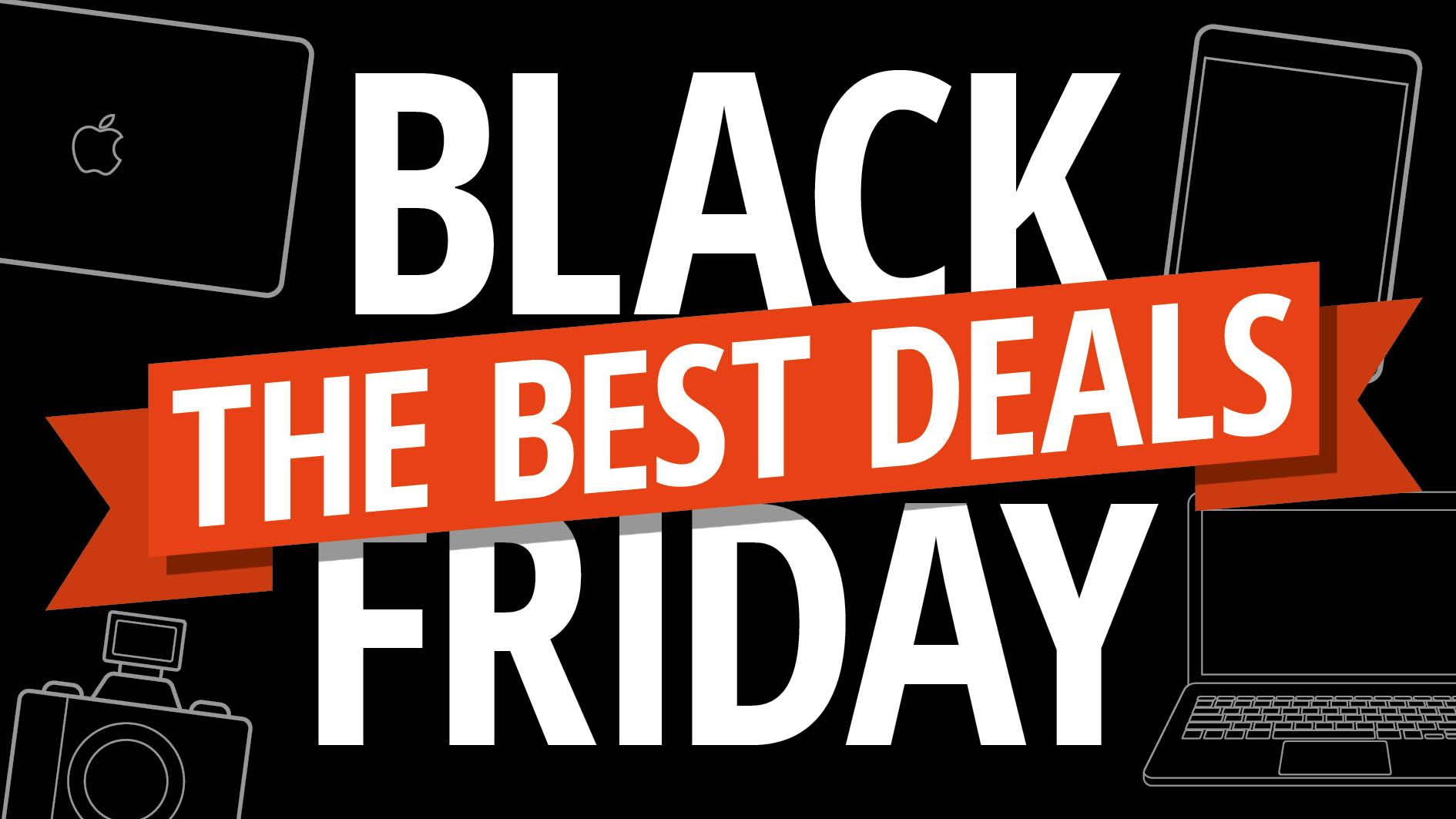 So where to look for real bargains? Well, the best Black Friday deals on creative hardware and software tend to come from third-party retailers – rather than directly from manufacturers like Apple or Wacom. That said, Microsoft slashed the cost of its Surface family of tablets for Black Friday 2017, and we saw big tech bargains on the Dell website too.

Some of the biggest savings last year across the board, however, came from Amazon and eBay. Certainly this is where you need to be if you're in the market for a new drawing tablet – and there were fantastic bargains to be found on desktops, laptops, 4K monitors, computer mice, keyboards and more.

Whether you’re interested in perusing Black Friday deals directly on the websites of the most reputable retailers, sign-up for early Black Friday alerts or do some early product research, here are the links you need…

How to get the best Black Friday deals in 2018 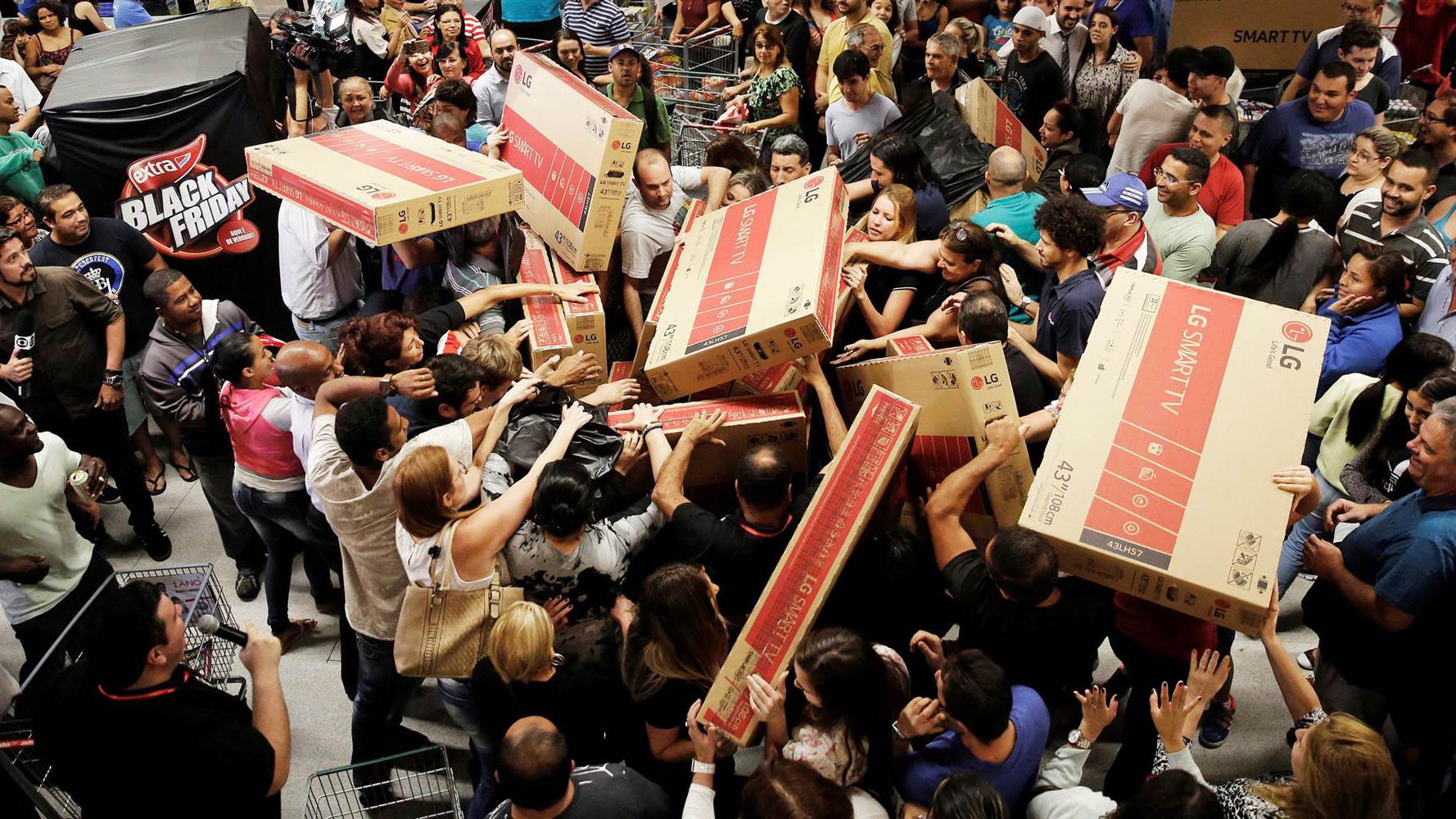 We’ll be curating the very best Black Friday deals for creatives right here again this year, so bookmark this page and keep checking back in November. But there are some other pro tips you can follow for bagging big Black Friday bargains, too.

The best way to avoid getting a bad deal is to do your research first. You need to be knowledgeable about the product – and its normal retail price.

Draw up a list of items you might like to purchase over Black Friday, read the reviews, research the best manufacturers, and make sure you know the difference between a good and bad version of that product.

It’s always a good idea to compare prices, so use price-comparison internet shopping sites like PriceGrabber.com for insight where you’re looking at product prices.

And make sure you check the specs: are you looking at a low or high-specced product for this price? Does it come with accessories? What about post and packaging charges?

Another tip is to think about how you’re paying. While we don’t suggest racking up huge credit cards bills with big interest rates, many credit cards do offer benefits like free warranties, return protection and sale price protection – which are worth bearing in mind.

05. Get an Amazon Prime subscription

Prime users (including all those on a free trial) are offered an exclusive 30-minute early access period to all Amazon Lightning Deals. If you don't already have one, an Amazon Prime subscription will set you back £79/$99 per year.

Adobe has crunched the numbers to put together a handy guide revealing the best days to buy different products, and also which products are more likely to run out on which days.

Apparently, Thanksgiving is the best time to grab a bargain on computers – you’re likely to save 16 per cent, on average – but it’s also the day popular tablets and televisions are most likely to be out of stock.

Black Friday, meanwhile, is the best day to save on tablets and televisions (on average 24 per cent), with computers most likely to be out of stock.

Can't hang on until Black Friday to pick up a hot deal? No problem. There are plenty of fantastic bargains to be found on creative hardware, software and resources right now.

We're tracking the months' best deals in the following articles, and you can scroll down for the day's best deals on our favourite creative products...