These books shaped the careers of creatives of all kinds.

We all know there are plenty of books for graphic designers to choose from, but for this article we decided to take a different tack: we asked some of our favourite artists, designers and typographers to tell us about the book that most influenced them. It could be a novel, non-fiction, autobiography, or something that relates to their work – but all of these books, between first page and last, somehow brought about a change in they way these designers saw things.

Their answers prove that inspiration can come from the most unlikely places. In this roundup, a studio boss picks a best-seller that proves we're all wrong about the state of the world. A graphic design duo goes with a memoir that taught them to celebrate imperfections. And a prop-maker explains how a cookbook about desserts had a lasting effected on her work.

For inspiration without the price tag, take a look at take a look at our roundup of free ebooks for designers. There are plenty of gems in there to tide you over until payday. 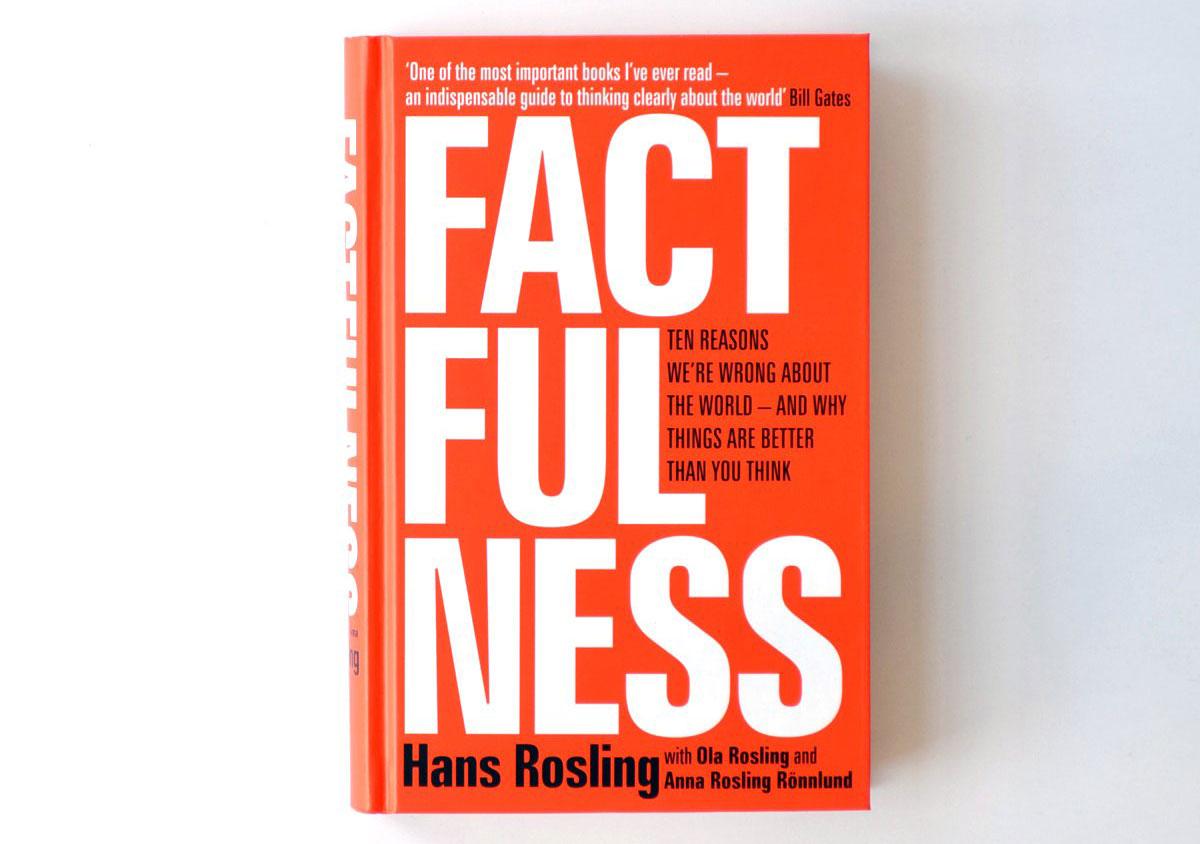 Chosen by Simon Manchipp, owner and co-founder SomeOne

It’s brilliant. In Factfulness: Ten Reasons We're Wrong About The World, Hans Rosling suggests the vast majority of human beings are wrong about the state of the world. He shows that his test subjects think the world is poorer, less healthy, and more dangerous than it is. Rosling recommends thinking about the world as divided into four levels based on income brackets. He suggests 10 instincts that prevent us from seeing real progress in the world: Gap, Negativity, Straight Line, Fear, Size, Generalization, Destiny, Single, Blame, and Urgency. This book connects rather well to Elephant in the Brain – another new fave.

£8.99
View
We check over 130 million products every day for the best prices

02. A Heartbreaking Work of Staggering Genius 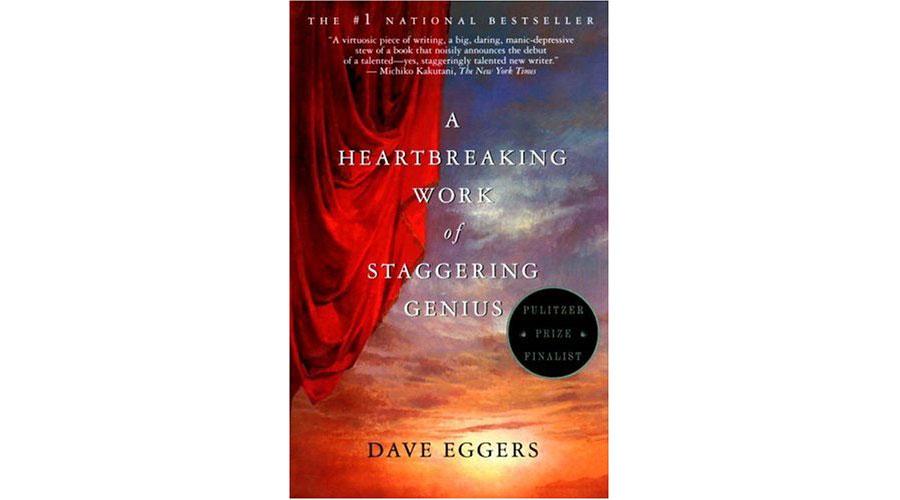 The book that I have most treasured, and that has perhaps influenced me most. In the main, A Heartbreaking Work of Staggering Genius is a memoir about a point in Dave Eggers’ life where both his parents passed and he and his sister were left with their younger brother. Now, what sounds like a grim start to a book is actually a beautifully warm story, one that’s enlightening, exposing, and empathically told. Eggers’ wit and prose are sharp, funny, meandering, and groundbreaking. It showed to me that writing doesn’t always have to be concrete in its form and function and that play is possible. It’s quite a tome, but worth the stretch.

£19.99
View
We check over 130 million products every day for the best prices 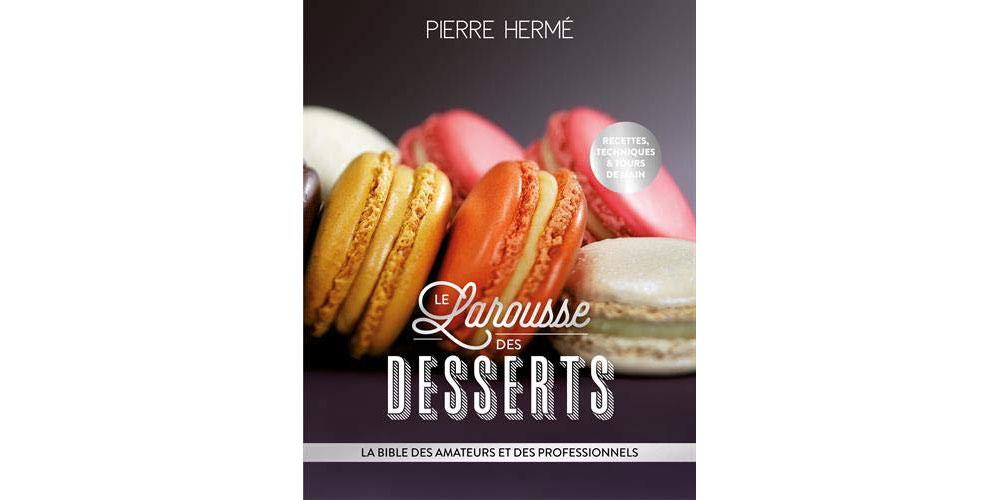 Three years ago I switched apartments for a month with a couple in Barcelona. The lady was a cook and I discovered in her library Le Larousse Des Desserts: Pierre Hermé's encyclopaedia of French desserts, with theory (all doughs possible), recipes, glossary, descriptions of all the ingredients by chapters and tools. I discovered a new kind of creativity that I can totally relate to my work: techniques, compositions, shapes, and colours – and joy for everyone. The thing with baking is that you don't just want to share it – you HAVE to share it!

04. The Art of Looking Sideways 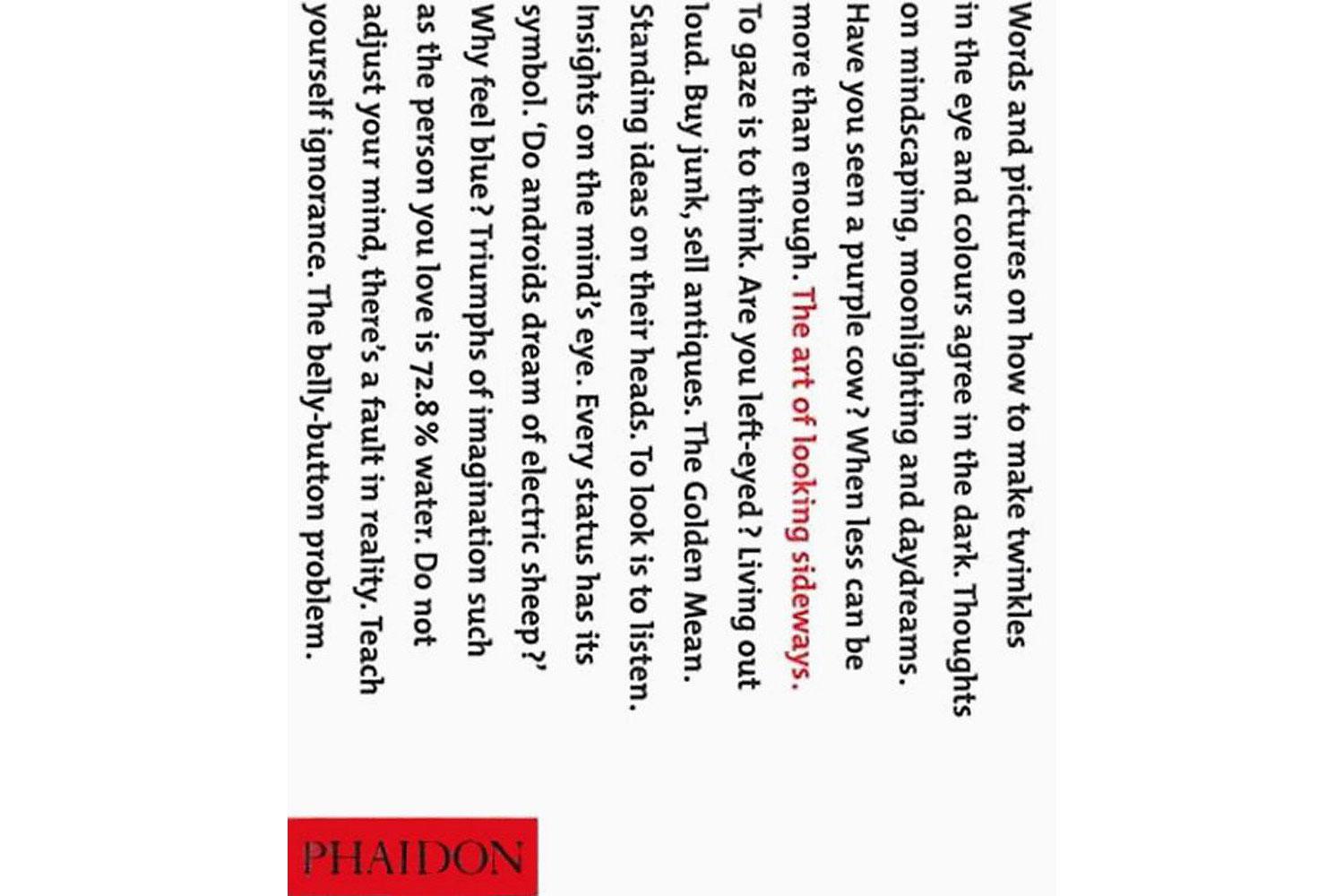 There’s no single book that’s influenced me the most, but one I’ll always remember fondly is The Art of Looking Sideways by the late Alan Fletcher. It’s the kind of book you can open at any page and learn something or find inspiration or see another way of looking at things. I don’t open it often, but every time I do, I wonder why that is.

£29.95
View
We check over 130 million products every day for the best prices

05. The Philosophy of Andy Warhol 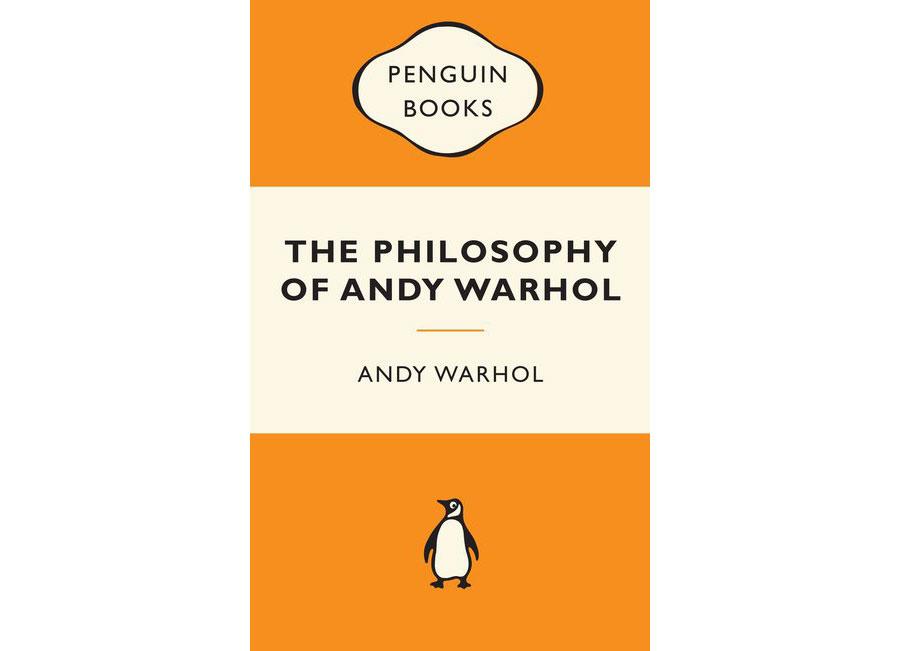 A book that really influenced both of us was discovered by my sister Eva. It's called The Philosophy of Andy Warhol. It's Warhol's autobiography, composed of pieces from his diaries. This book influenced us because we read it when we were super-young. It's a book about how to live life from a different perspective and create your own path. As well, he talks about his 15 seconds of fame experiment (predicting today's social media boom), the NY Factory (where our uncle had the chance to work in), how you cannot take anything that happens to you very seriously, as that is the key to happiness.

£9.99
View
We check over 130 million products every day for the best prices 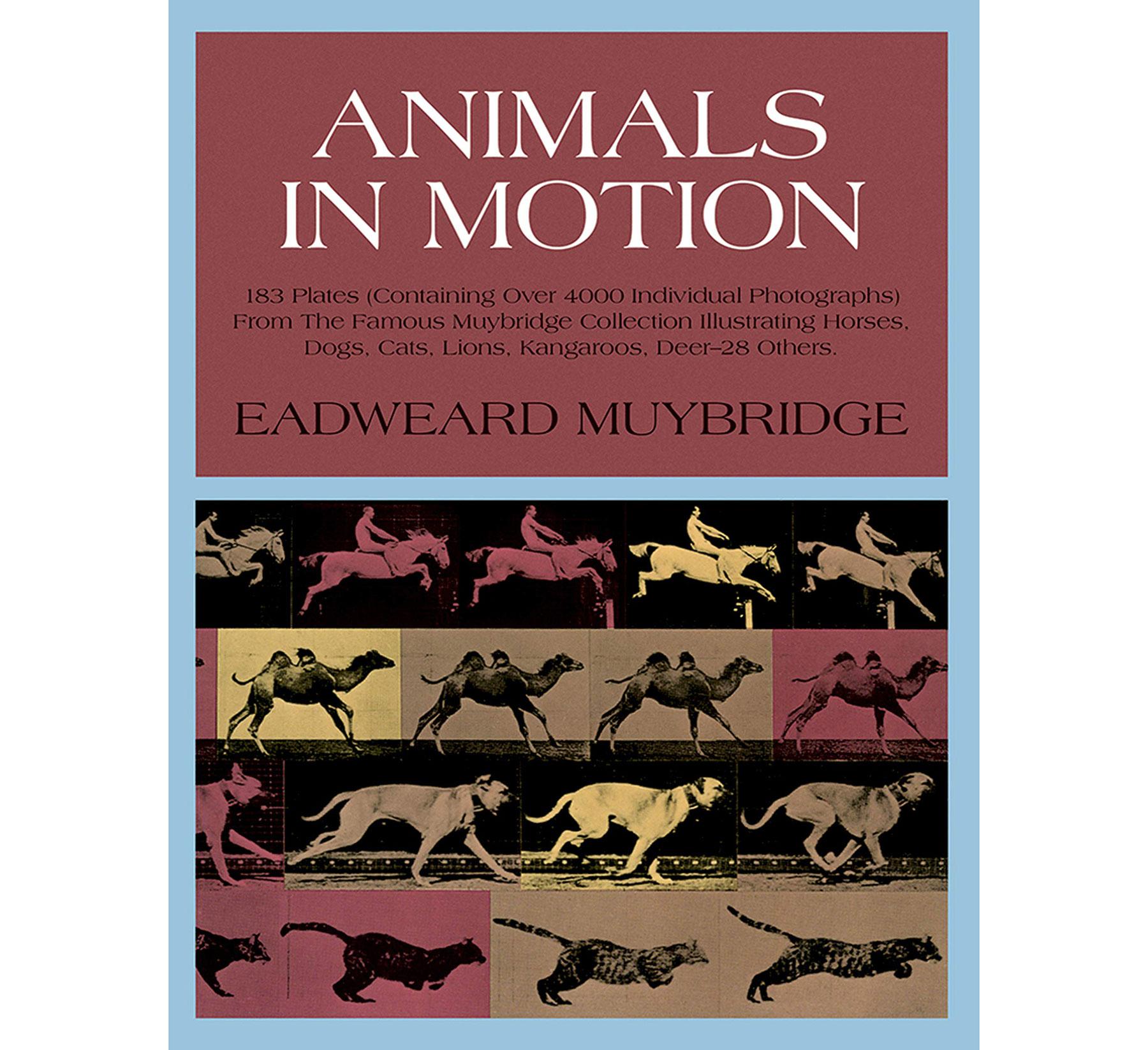 Originally published in 1899, Animals in Motion: An Electro-photographic Investigation of Consecutive Phases of Muscular Actions is the most definitive source for animal reference there is, in my opinion. Even in the age of Google, this book continues to be relevant, especially when it comes to drawing accurate animal stance, gait, and movement across a vast array of species. Muybridge’s bet with Leland Stanford is a win for the ages, for all of us.

£31.99
View
We check over 130 million products every day for the best prices

07. The Complete Stories of Ray Bradbury 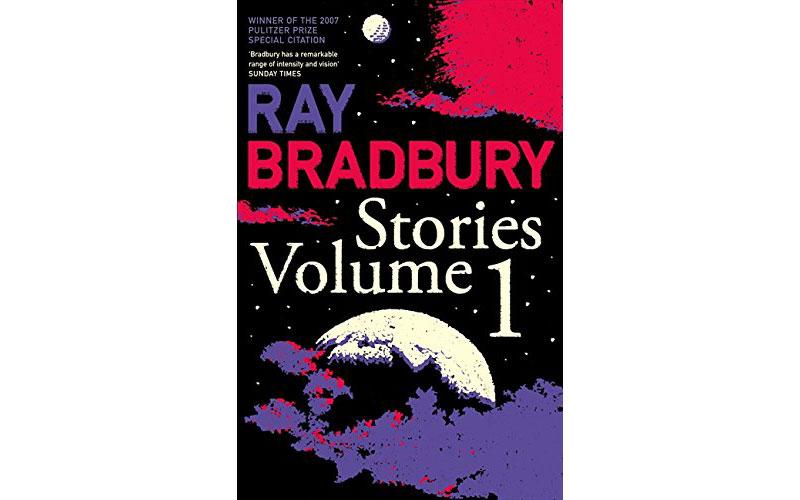 It was a massive old hardcover that had long lost its dust jacket, but it was filled with dozens and dozens of short stories including the entire Martian Chronicles, The Illustrated Man, Fahrenheit 451… The Complete Stories of Ray Bradbury just lit me up like a Christmas tree for this one summer when I was a skinny young weirdo in Texas, around 1979-80. His world building, the nostalgia and character and sort of tentpole symbols that’d make Joseph Campbell take notice – it really grabbed me. Each story was a whole world, and every night at bedtime I’d have that thing pressing down on my chest like an anvil. 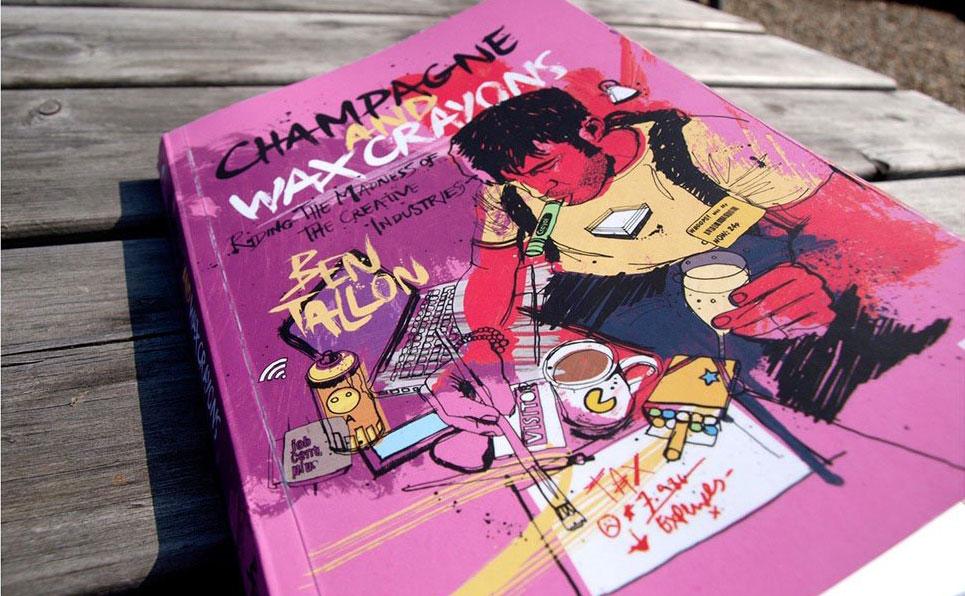 Champagne and Wax Crayons is the story of illustrator and art director Ben Tallon’s journey from his childhood hobby of drawing to a freelance career working with the world’s most glamorous clients in illustration, graphic design, music, film and television. This honest, funny and inspiring account of Tallon’s journey was so relatable to me that I actually felt like we had similar childhoods. Reading his story gave me the inspiration to go out on my own as an independent designer, lettering artist and typographer.

£11.34
View
We check over 130 million products every day for the best prices 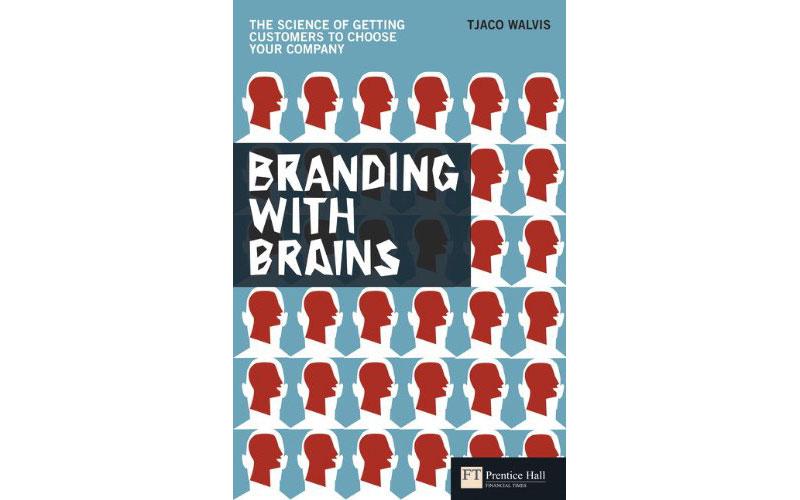 In terms of a book that inspired me professionally, this one was the clear winner: Branding with Brains: The Science of Getting Customers to Choose Your Company by Tjaco Walvis. We work in an industry where strong opinion is often used to cover up a lack of hard facts. So I found Walvis’ more scientific approach incredibly refreshing. His use of neuroscience to explain some of the key principles of branding is something I’ve gone back to time and time again.

£19.99
View
We check over 130 million products every day for the best prices

10. How to Draw Comics the Marvel Way 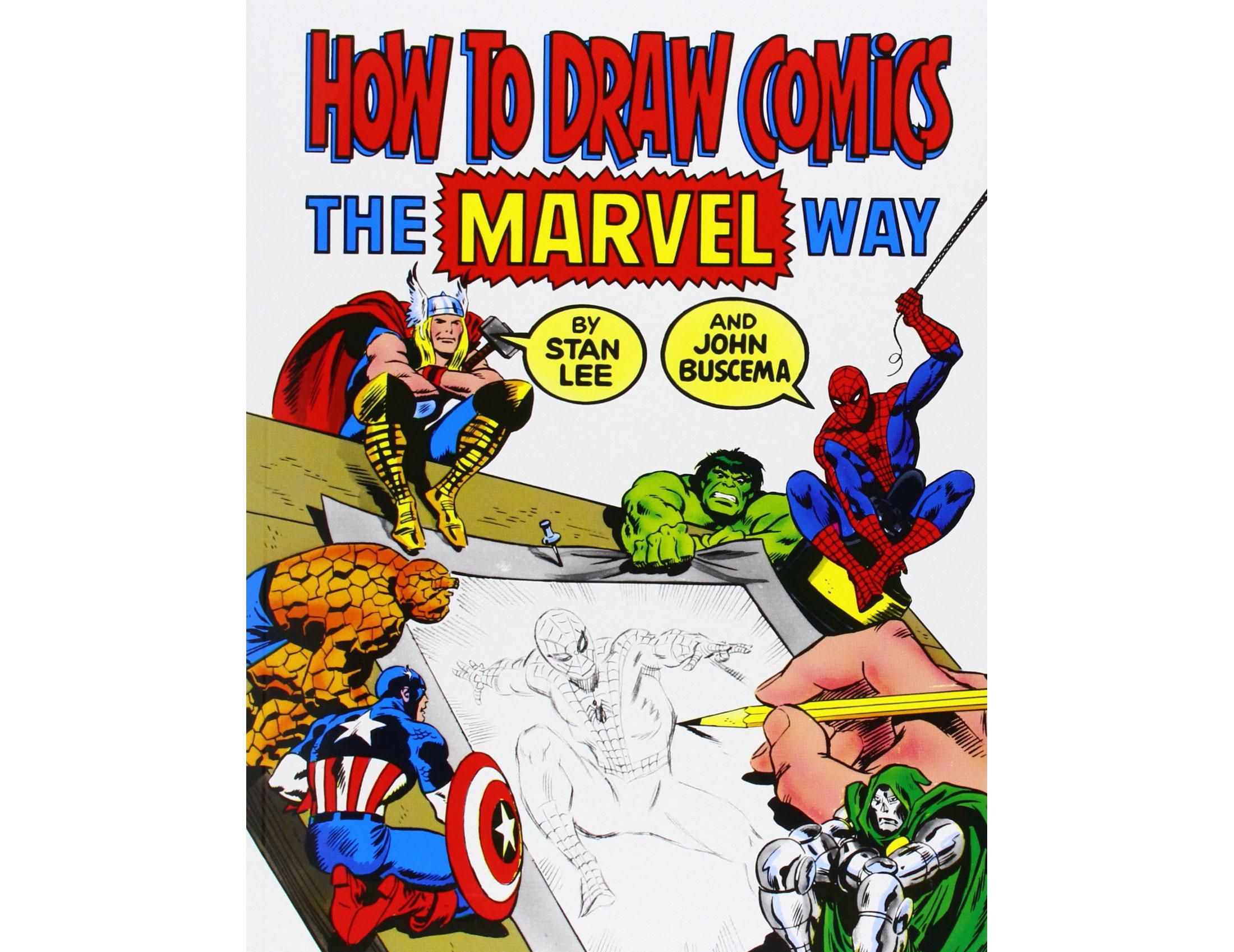 I have two books that mean a lot to me. First is Stan Lee’s How to Draw Comics the Marvel Way. The book brought my anatomy lessons to the next level, on how to do foreshortening and strong gestural poses. The other book is The Art of Walt Disney by Christopher Finch. My wife gave that to me as a birthday gift right after I got into animation when we were still dating. The book encouraged me to aim high and get into a feature film studio. I got hired by Disney six years after she gave me the book.

£5.78
View
We check over 130 million products every day for the best prices 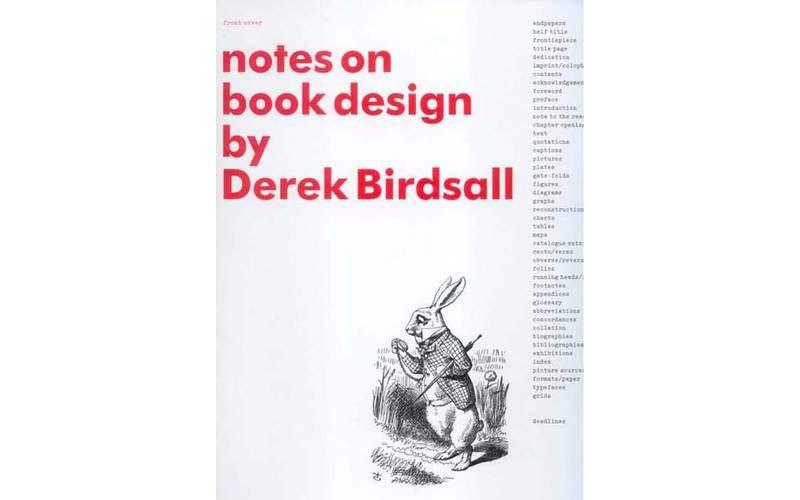 The most formative book in my development as a designer was Notes on Book Design by Derek Birdsall. I bought it when it was first published in 2004 while in the early stages of my career working as a typesetter at Reed Elsevier. Birdsall dissects 40 years of work, unpacking his process, favourite tools, proportions and structure. I was struck by how deceptively simple his approach to design and layout is. His attention to detail is second to none, and it is in the refinement and balance of design elements that (in my opinion) elevates his work beyond that of a designer to that of a craftsman.

£100.20
View
We check over 130 million products every day for the best prices