Our guide to the best mouse for MacBook, iMac, Mac Pro and Mac mini.

It wasn’t that long ago that the best mouse for Mac would be the one that your graphic design laptop came with. After all, it’s just a mouse, right? Well, not quite. For designers, who can spend hours at a time using a mouse, characteristics such as ergonomics and performance are vital. And with most mice now featuring wireless support, issues such as latency and battery-life also come into play.

Apple hasn’t helped, either. Because despite the Magic Mouse looking beautiful – or as beautiful as a mouse can – it continues to push some idiosyncratic design choices on to the masses, so there’s a decent chance that Mac owners will be looking for an alternative. (Seriously, Apple. Who thought putting the Lightning port *under* the mouse was a good idea?! Enquiring minds want to know.)

Which is the best mouse for Mac right now?

If you’re looking for the best mouse for Mac, and budget and gaming aren’t really an issue, then there’s only one place you need to look right now, and that’s the Logitech MX Master 2S; it’s a joy to use, and has so many configurable options that you’ll wonder how you ever worked without it.

However, if you’re looking for a mouse that supports Apple’s gesture features, and fits in with the overall design aesthetic of your MacBook or desktop, then the Magic Mouse 2 – despite its flaws – is still the best option.

How to choose the best mouse for Mac

Choosing the best mouse for Mac really does depend on how you plan to use it. If you spend most of your time using a stylus and tablet, and only turn to your mouse for occasional browsing and non-core tasks, then choosing something that mirrors the design of your Mac might be the deciding factor. However, if you spend any prolonged time with a mouse in your hand, you’ll want it to feel perfect, and have a little more than just two buttons and a scroll-wheel.

Then there are factors such as grip style (fingertip, palm or claw), surface texture, button layout, and whether you use your left or right hand to control your mouse –all things that need consideration. So whether your priority is price, looks, ergonomics or performance, here's five products that ensure you'll get your hand on the best mouse for Mac, whatever your needs.

The best mouse for Mac overall 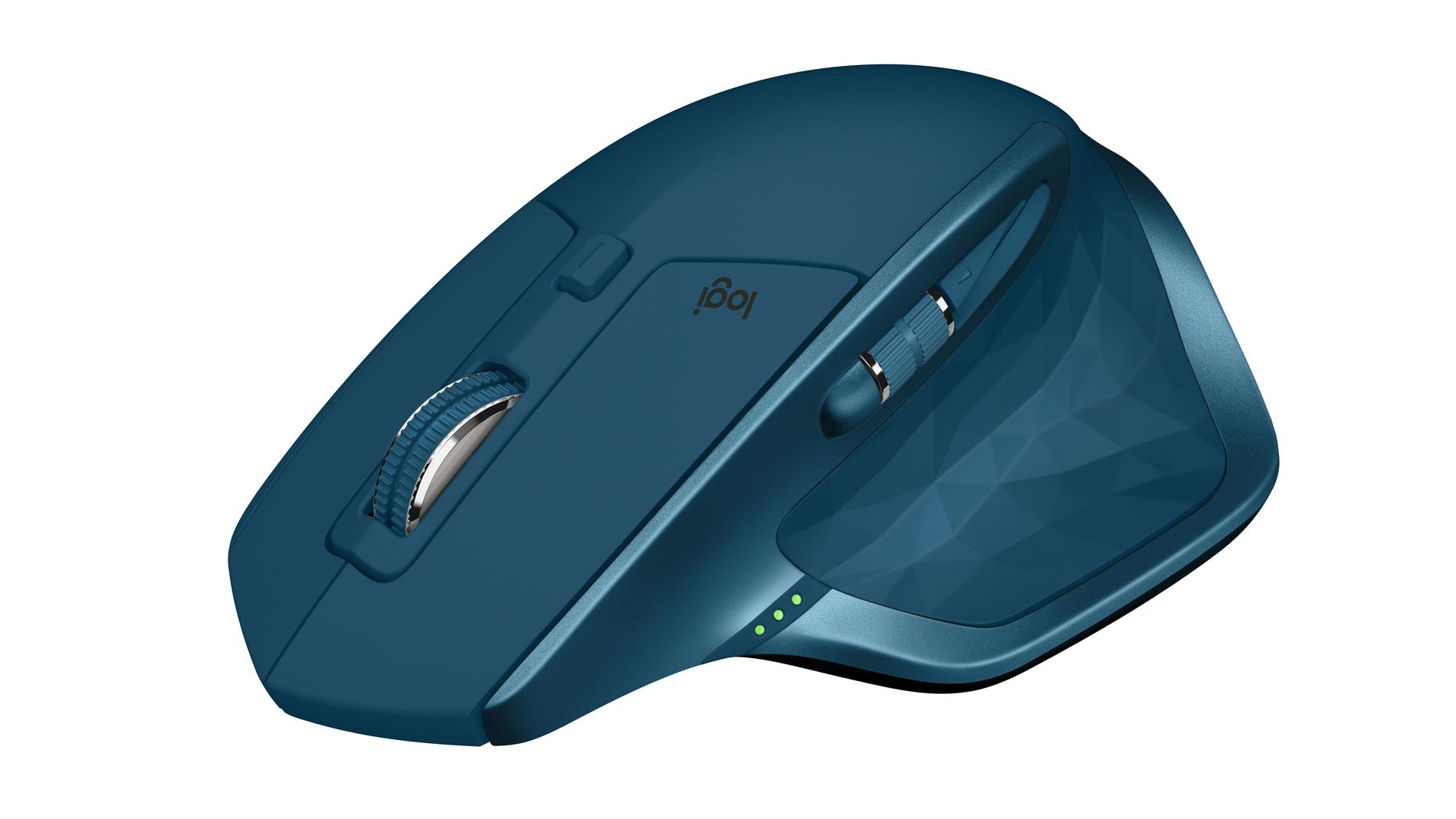 This Logitech mouse has it all; but it comes at a price

Starting with grip, the Logitech MX Master 2S supports all three styles, but you’ll likely default to a palm grip, as the product is designed to offer your right hand the snuggest fit of any mouse out there. And it does. Using this mouse is a joy, and it has been engineered for prolonged use, which will suit almost any design task.

However, one thing we wouldn’t recommend it for is gaming. At 145g it weighs a little too much, and – despite the ease of DPi switching – once you stop using it with a palm grip (as is the case for most gamers), it starts to get a little fiddly.

Gaming aside, though, the performance of the Logitech MX Master 2S is unsurpassed. You get 70 hours of battery on a single charge, it works perfectly on almost any surface, and it comes with *deep breath* left and right buttons, a middle scroll wheel, an additional wheel next to the thumb grip for horizontal scrolling, and five more buttons for, well, whatever you want (as they can all be configured using Logitech’s Control app).

The best budget mouse for Mac 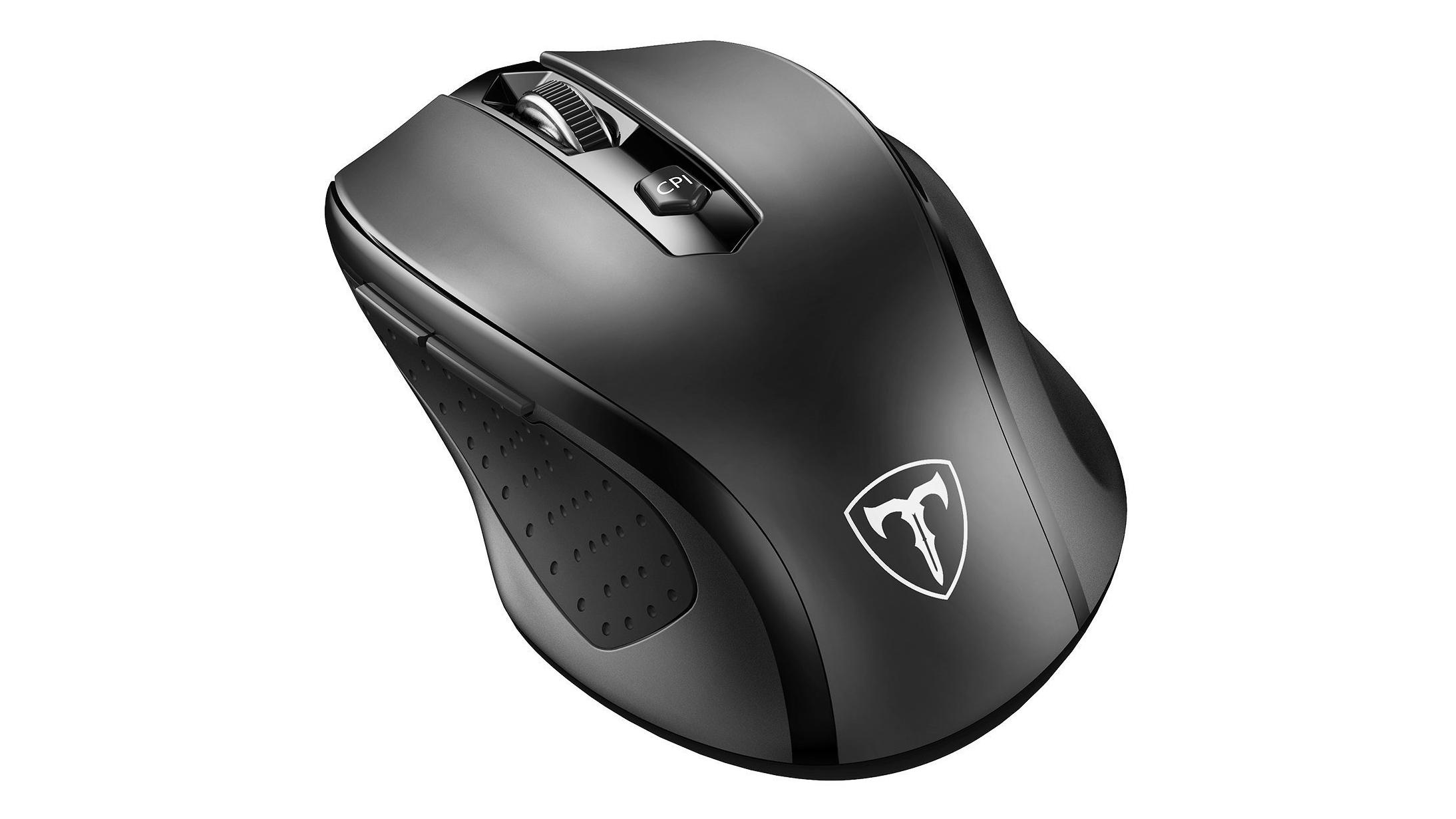 This mouse packs a punch for a bargian price

Taking a single AA battery, VicTsing claims that the VicTsing MM057 mouse can last a staggering 15 months on a single charge. And, whilst we weren’t able to test this, we have been using one for a good six months, and have never switched out the battery.

Using a dedicated button on the top of the mouse, you can easily switch Dpi between 800, 1200, 1600, 2000, and 2400. And as well as left and right buttons, you also get the obligatory scroll wheel, and two side buttons for forward/back browsing.

Connecting the mouse is a cinch, too, as it’s plug-and-play, so simply pop the nano adapter into an available USB port and you’re up and running in seconds. After eight minutes of inactivity, the mouse will put itself to sleep, and you simply click any button to wake it.

Due to its diminutive size (5.08 x 10.16 x 7.62cm) only children or adults with small hands can use it with a palm grip. And for everyone else, you’ll need to use a claw or fingertip grip; but this is fine, as a rubberised coating provides extra grip and comfort.

For most designers, then, this isn’t going to be a primary mouse, but it’s the perfect choice if you’re looking for a budget option that you can chuck in your kit bag when you’re on the go.

The best integrated mouse for Mac 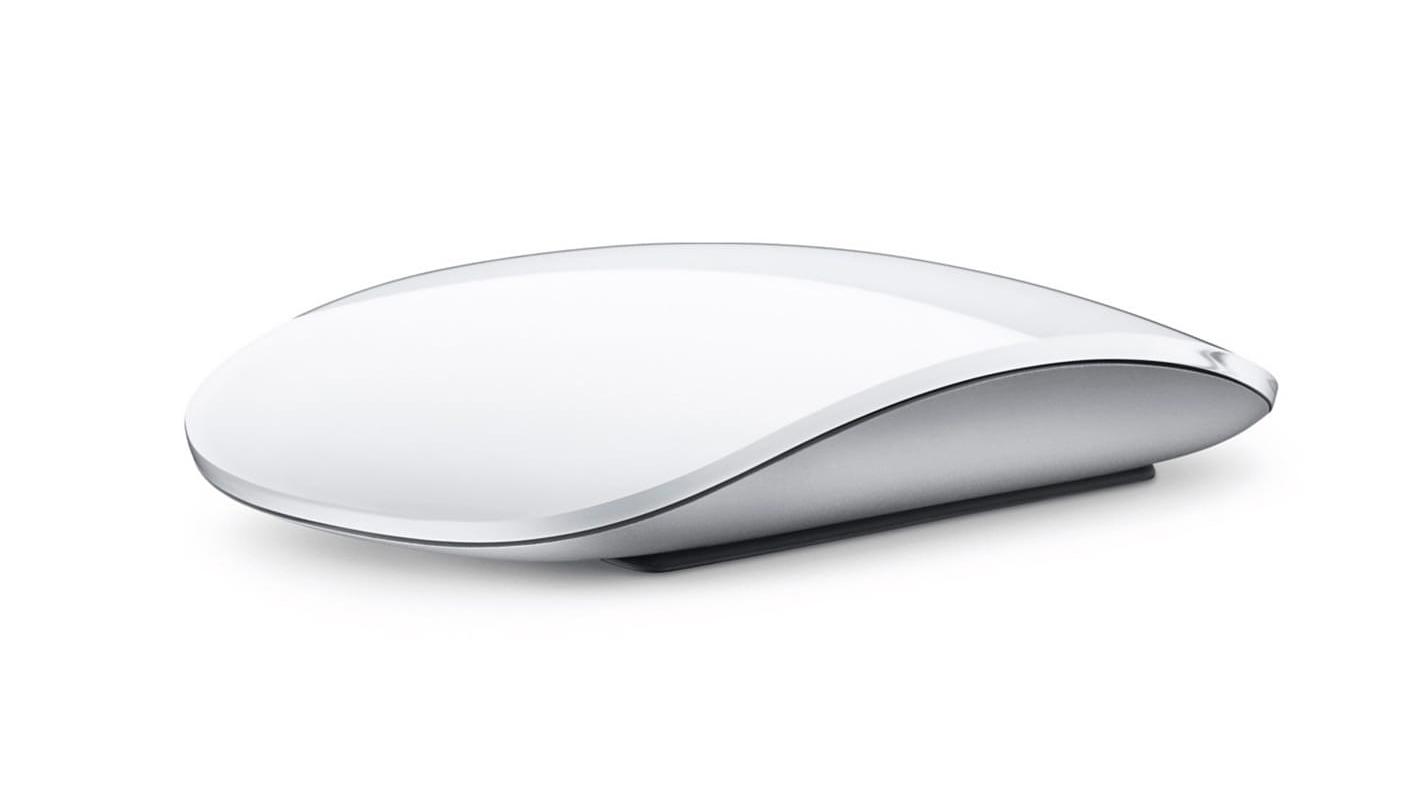 It’s hard to know where to start with Apple’s Magic Mouse 2. Over the last few decades, designers have scratched their heads as Mac mice either underperformed, or introduced bizarre design features. We’ve seen perfectly symmetrical mice that meant you couldn’t tell which way up they were supposed to go, and in its most recent iteration you’ll find the Lightning port underneath the device, meaning that it’s unusable whilst being recharged.

However, amongst the bad and the ugly, there’s also a huge amount of good. The Magic Mouse 2 eschews buttons for a touch-sensitive surface, which supports a decent range of gesture controls; so in addition to left and right buttons you can scroll sideways or horizontally, and also two-finger tap, extending Apple’s multi-touch functionality to its mouse. (And this functionality can be extended via the third-party app BetterTouchTool.)

Beyond this functionality, the Magic Mouse 2 also looks incredible, and now comes with a rechargeable battery (though the low profile of the Magic Mouse doesn’t lend itself to a palm grip). And although we’ve flagged up the odd placement of the Lightning port, it does only takes a few minutes of ‘quick charge’ to get 9 hours of use – just hope that you’re not doing anything important when the battery does eventually run out.

04. The best trackball mouse for Mac 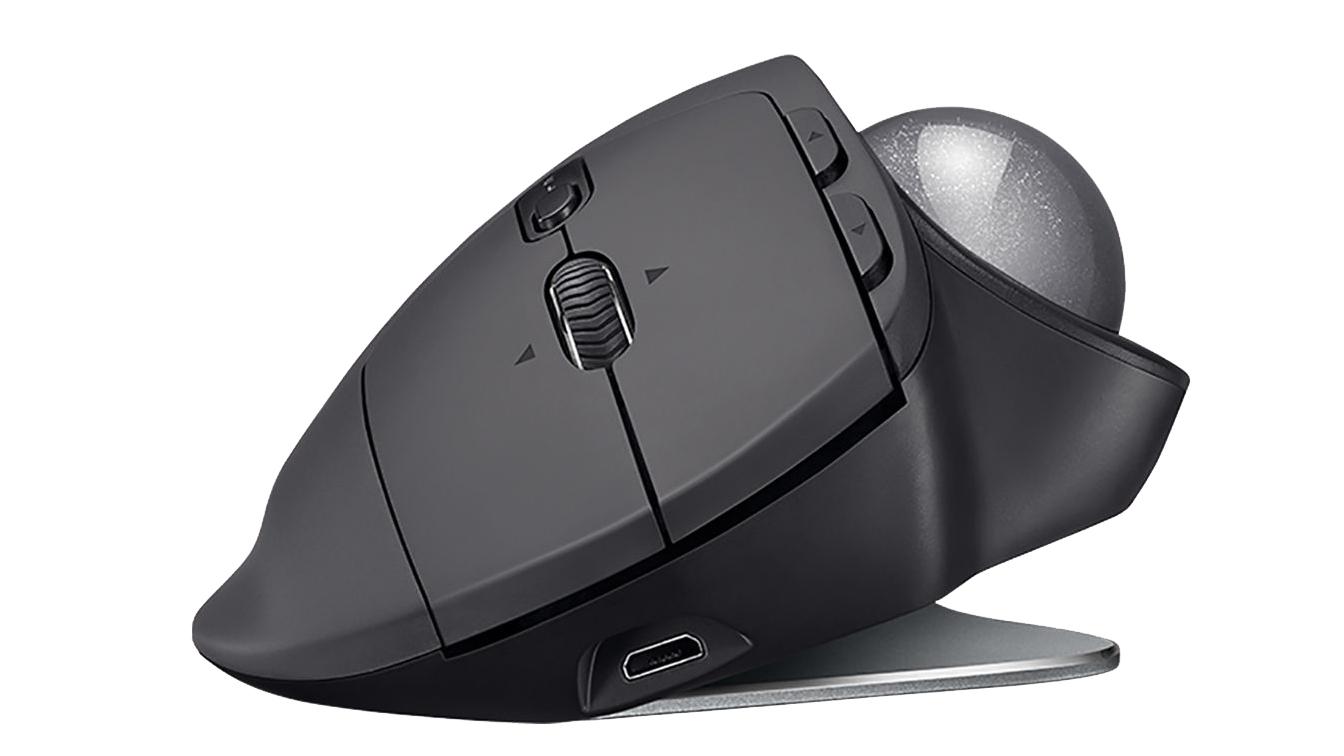 There are three words that strike crippling fear into any designer: ‘carpal tunnel syndrome’. We all know that poor posture and prolonged mouse/computer use can lead to terrible and debilitating pain, sometimes resulting in the need for surgery, and if there’s any way it can be avoided then it’s worth considering. For decades now, a small band of proselytisers have preached that using a trackball mouse has staved off the dreaded CTS, and that includes a good number of designers. So, are they onto something?

Firstly, we should point out that making the shift from a traditional mouse to a trackball takes time and patience. But after spending some time with one, you will start to feel the benefit. There’s no denying that ergonomically, a trackball is superior to a standard mouse design.

Logitech is a brand with plenty of experience in the trackball market, and with the Logitech MX Ergo Wireless mouse it continues to excel. This wireless upgrade boasts left and right buttons, a scroll wheel, a quick sensitivity switcher, and – of course – the trackball. The trackball itself is easy to spin, doesn’t slip, and can be completely removed from the mouse for cleaning (they can tend to get a little grubby).

If you’re an existing trackball user looking for an upgrade, or want to make the switch, then this is the mouse for you.

The best gaming mouse for Mac 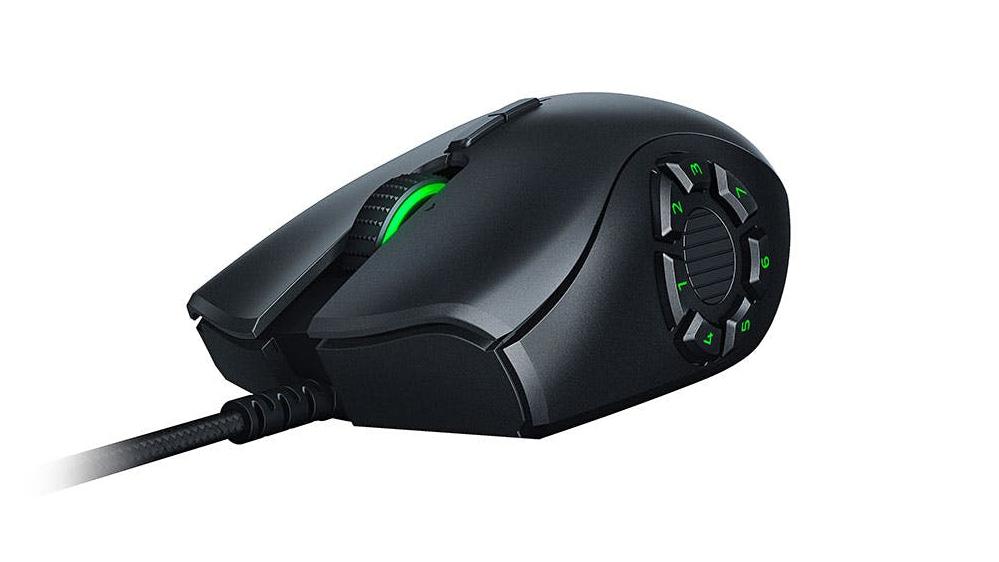 With so many gaming mice on the market, and Windows being the prevailing platform for PC gamers, we’ve chosen a mouse that will cater to a specific genre of gaming here, which is equally as popular across all platforms: the MMO (massively multi-player online game).

In this category of gaming, the Razer Naga has become the mouse of choice, thanks to its staggering 12-button layout. And with the upgraded Razer Naga Trinity, you now get a selection of three removable game plates, which support its traditional 12-button layout, as well as a circular hex layout, and a simple two-button layout geared towards first-person shooters (the plates are magnetic, making them incredibly easy to switch out).

Put simply, you get three gaming mice in one. Gamers can be a fussy bunch, and one downside of the Naga Trinity is that you can’t switch weights in and out to get the right balance, but beyond that we struggled to find any weaknesses.

£84.56
View
See all prices
We check over 130 million products every day for the best prices
View All Deals