The best laptops for programming in 2019

We pick out eight laptops that will make programming easier, quicker and more fun.

Coding means different things to different people. When it comes to finding the best laptop for programming, there are a few things to consider. The heart of programming in any language is not particularly demanding – you’re only writing lines of text, which any computer should be able to manage. However, it’s always nice to have some horsepower under the hood.

For those reasons, our pick for the best laptop for programming in 2019 is the Huawei MateBook 13. It packs in some great specs for a very reasonable price (and it's super-portable, too).

When putting together this list, we took into consideration a few different things that will make a difference to a coder's workflow. More memory will mean today’s heavyweight integrated development environments (IDEs) such as Visual Studio will run buttery-smooth, and it becomes easier to make changes when working with complex website layouts that have huge amounts of background code. Large, complex programs compile faster with a faster processor.

And while burning the midnight oil for hours when working on a large project, comfortable ergonomics make a big difference, so you’ll be grateful for a great keyboard and decent screen.

What’s more, if you think your new idea is going to be the next big hit on Apple’s App Store, you need a laptop running MacOS to use Xcode, Apple’s IDE that’s used exclusively to develop applications for the iPhone, iPad and Mac. Similarly, if you’re considering working with game development, within an environment such as UnrealEd or Unity as part of your project, you can’t ignore graphics performance either.

Here’s our pick of the best laptop for programming, suitable for a range of budgets. 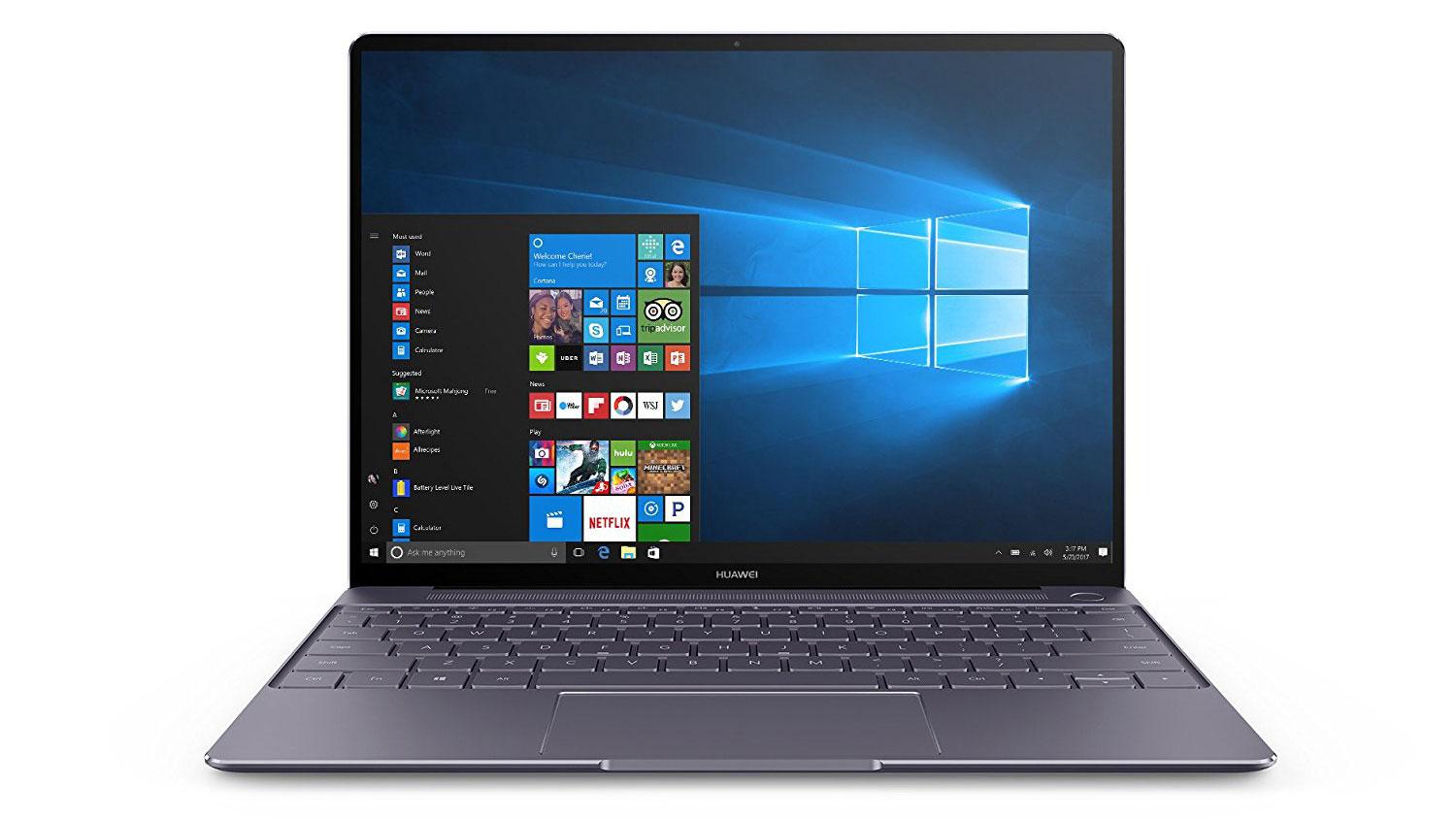 Portability, performance and a brilliant price

The Huawei MateBook 13 is our pick for the best laptop for programming right now. Huawei stormed into the phone market with its excellent, competitively priced range of handsets, and now it’s done it again with laptops: this portable has great specs for coding work.

For a (relatively) modest asking price, you’re getting all the power of a Core i5 or Core i7 chip, a crisp, bright, high-resolution 13-inch display, and loads of SSD storage. It makes Apple (and other high-end manufacturers) look like thieves. What’s more, it’s super portable too, weighing just 1.3kg and less than 1.5cm thick. This is worth a look before considering anything else.

Note that while the Huawei MateBook 13 is now available in the US, we're still waiting for more details of the UK release. 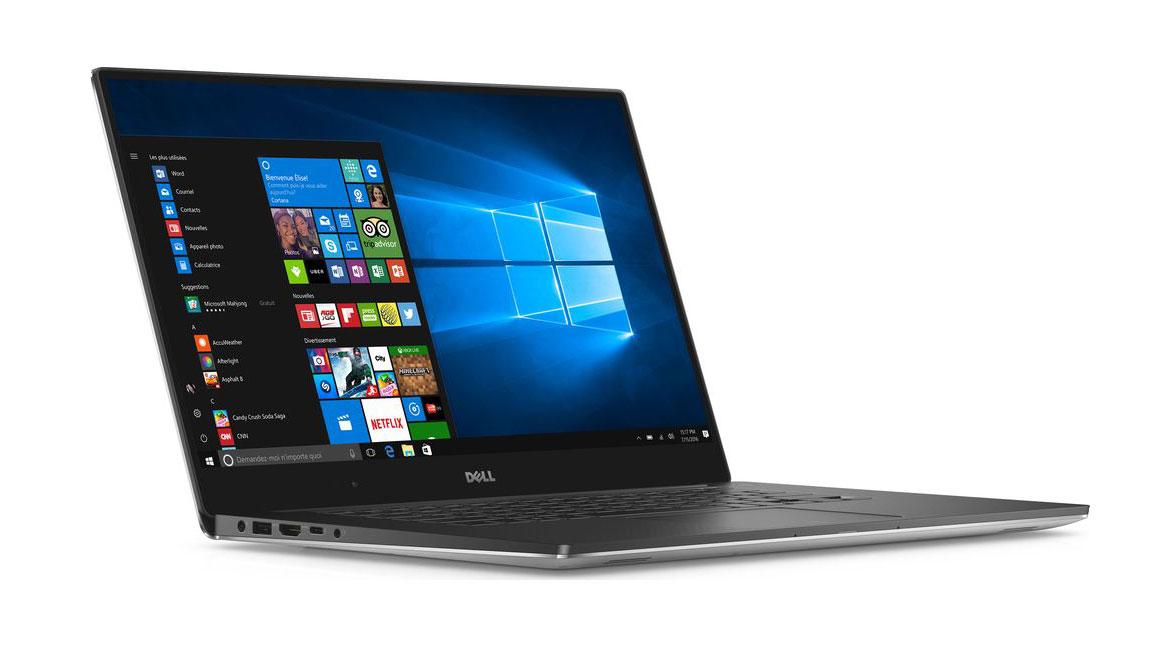 This reasonably priced 15" Windows laptop is a great all-rounder

Using a larger 15-inch laptop such as this Dell XPS 15-9570 rather than a 13-inch model for coding makes plenty of sense. It gives you space to lay out windows in your IDE, or see a full-sized GUI for a high-resolution phone or tablet app. In code view, it means you can fit as much text as possible onto a single line, so it’s easier to run through your application.

There’s enough space to split the screen, with code on the left and a preview of your app or webpage on the right, which will save some serious time when reloading your work.

In addition to the large 4K screen, the XPS15 offers strong performance. Compilation times will be accelerated if you opt for a six-core model, and the Nvidia GeForce GTX 1050 Ti gives this machine some 3D grunt in game design tools as well. For more information, take a look at our sister site TechRadar's Dell XPS 15-9570 review. 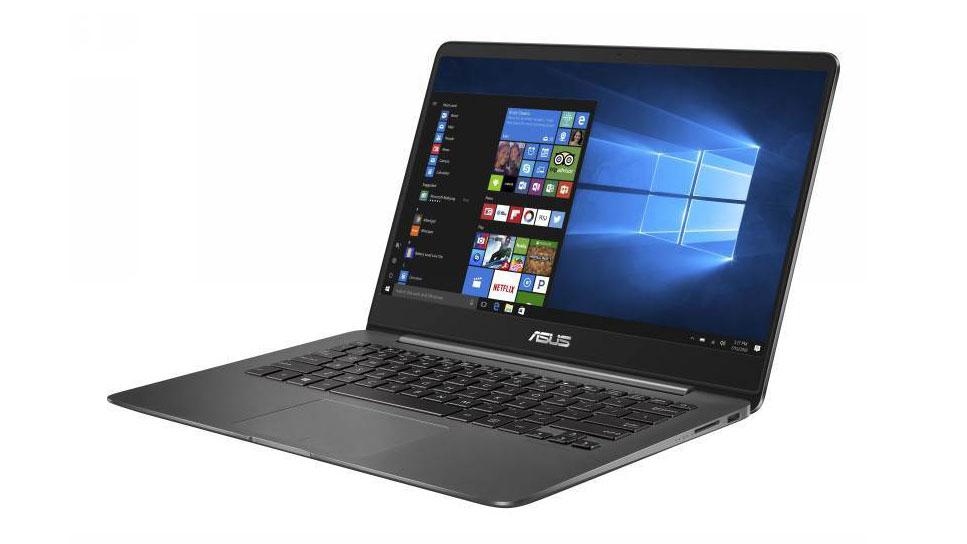 Portable and affordable, the Zenbook is a great laptop for programming

Despite dated stereotypes of programmers being stuck in bedrooms and offices, many coders see the profession as highly sociable – whether it’s working together on group projects, or attending one of the numerous workshops and conferences that exist all over the country.

In that case, you might prefer an alternative to the larger laptops we’ve suggested and instead, put portability at the top of your wish list. The 13-inch Asus Zenbook UX-430 is an ultraportable option – weighing just 1.25kg and measuring 15.9mm – without a massive price tag. However, even though the Zenbook is slim and well priced, it has a specification that’s still great for coding work. 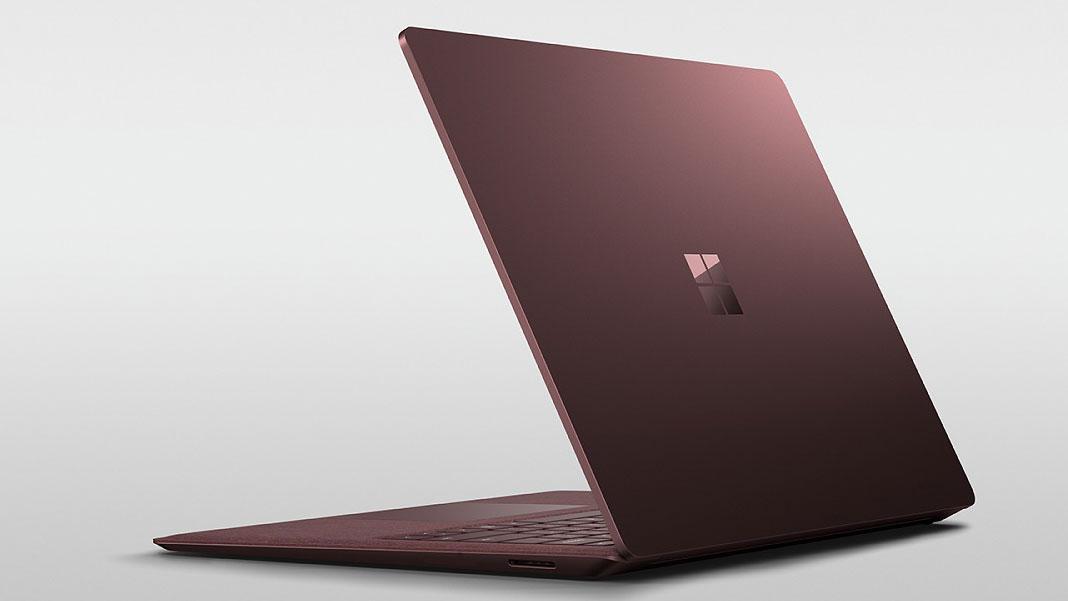 Windows programming on Microsoft’s own hardware

As it comes from Microsoft, the Surface Laptop 2 effectively offers a pure Windows 10 experience, making it a benchmark for testing and developing Windows software. It has a great design, a solid aluminium shell and a very comfortable keyboard. The new version comes in matte black and offers fairly meaty specifications, with a Core i7, up to 16GB of memory, 1TB SSD storage and a high-resolution 13.5-inch screen that works with Microsoft’s Surface Pen stylus. 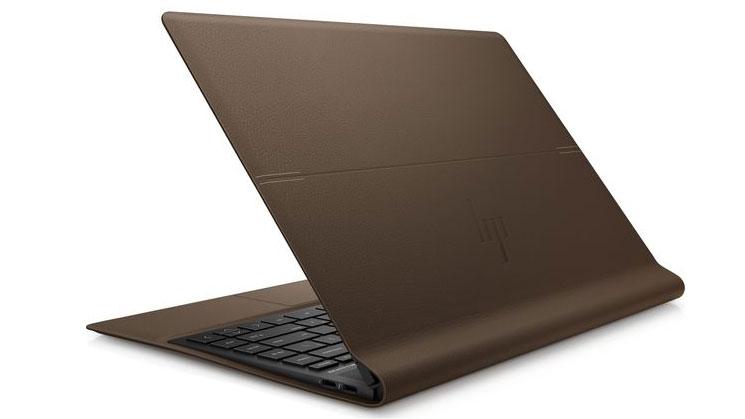 A high-end 2-in-1 that’s great for programmers

The 13.4-inch HP Spectre Folio is a great 2-in-1 device for programmers. We’d generally pick a laptop over a tablet for pure coding, but a 2-in-1 is a worthy substitute, as it gives you an environment where you can test tablet applications as well.

This high-end example oozes quality thanks to its gorgeous leather cover, which earns it the Folio name. There's a great internal specification as well – with up to 16GB of memory and a Core i7 processor, it’s not going to disappoint in the performance stakes, but it might leave a hole in your wallet. 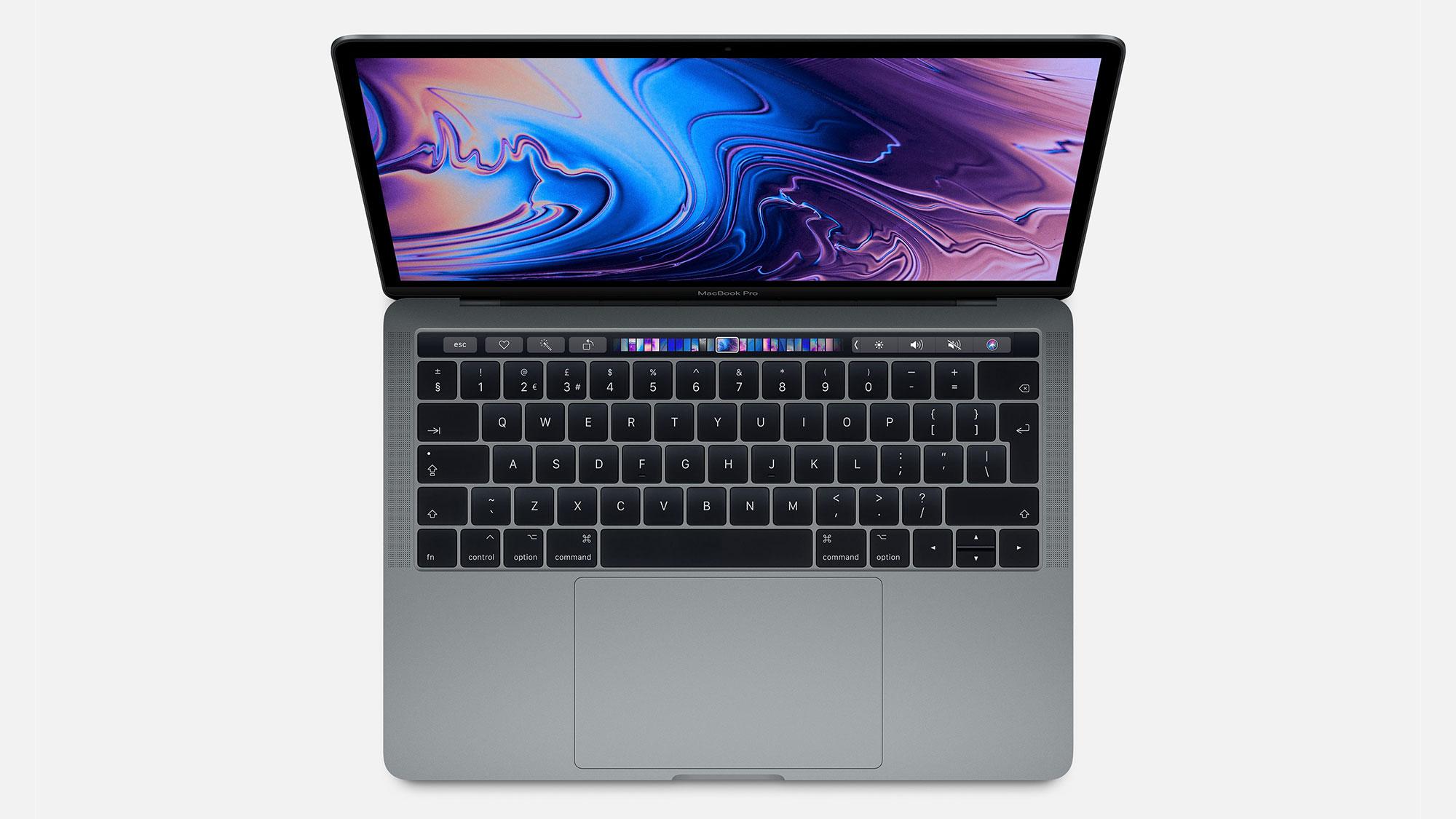 £1,547.98
View at Amazon
£1,548
View at John Lewis
£1,548
View at very.co.uk
?
See all prices (32 found)
13 Amazon customer reviews
☆☆☆☆☆
Macs are the only option for iOS development
Portable but powerful
Touch Bar may be of limited use
Quad-core option significantly raises the price tag

While Apple’s MacBook and the newly updated MacBook Air are the most portable Apple laptops in the range, with its recent update, the 13-inch MacBook Pro is now our first choice for working with Xcode to develop apps for iOS and MacOS when on the go.

Quad-core eight-generation Intel CPUs are now an option, delivering across-the-board performance improvements, making this MacBook both portable and powerful. While it might weigh slightly more than the aforementioned MacBook models, the performance boost will be worth it when running taxing processing tasks, such as heavy-duty coding projects.

And since Macs can run Windows just fine via bootcamp or in a virtual machine such as Parallels, you’ll be able to use your Mac to develop apps for any platform on Earth. 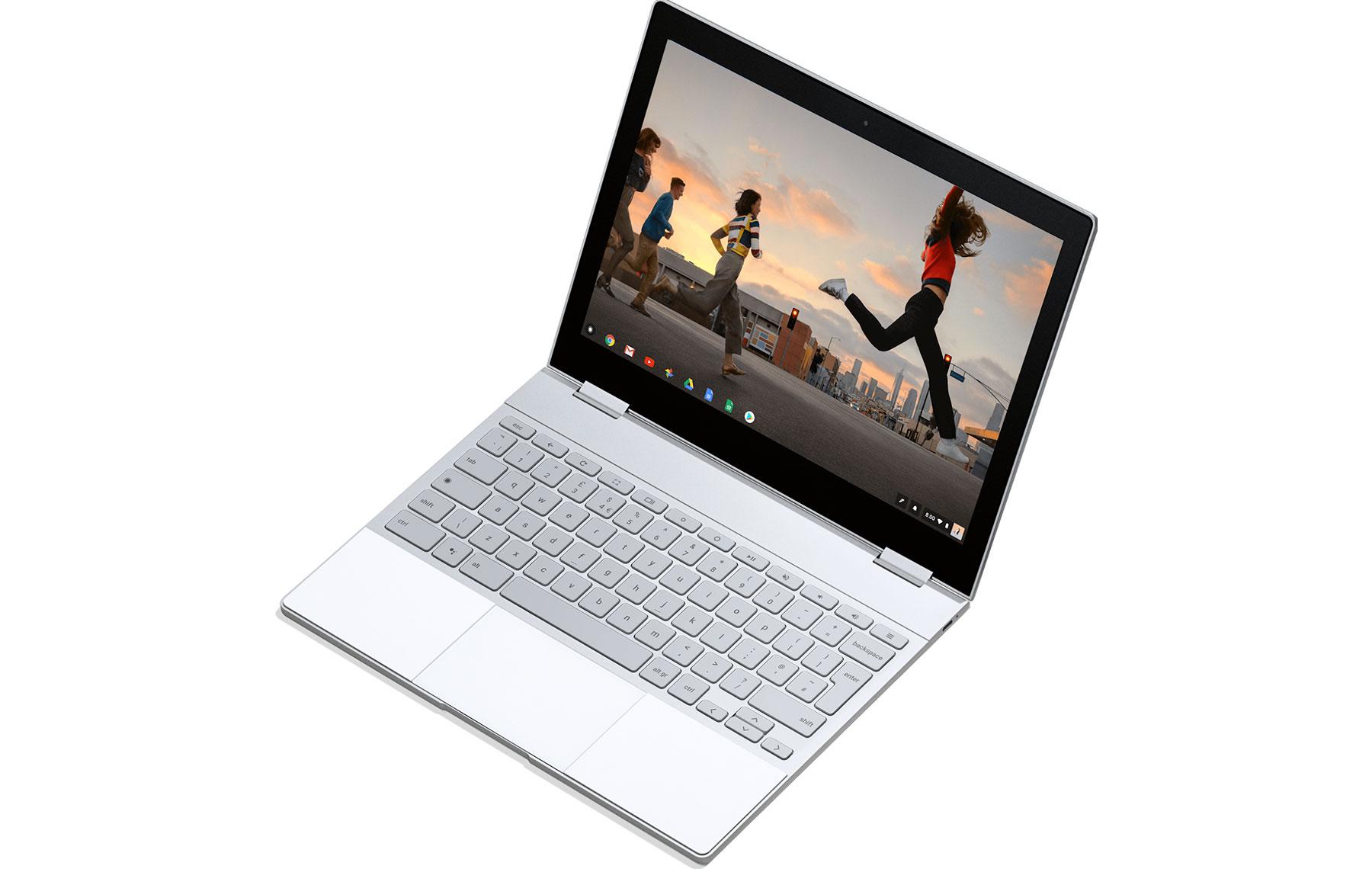 For Android developers, a Chromebook might seem a natural choice for the best possible integration with Google’s software and services, with full support for running Android software natively. However, Chromebooks are designed to be highly affordable, with available features and performance suffering to bring the price down.

While a cheaper Chromebook can still work fine for those who are new to coding (especially children just learning coding skills, for example), the Pixelbook has been designed to compete with the bigger boys in laptops. It still runs ChromeOS, which supports Google’s Android Studio development tools, but the hardware is right up there with a standard Windows laptop. As of writing, full Linux support is in beta as well.

You get a dual-core Intel Core i7, 8GB or 16GB of ram and up to a 512GB SSD, with a high resolution 12.3-inch QHD display, delivering 2,400 x 1,600 resolution. It also folds down into a tablet, as per 2-in-1 Windows devices, used in conjunction with an excellent stylus. The brushed aluminium design is absolutely unrivalled by the cheaper Chromebook models as well, with a very comfortable chiclet-style keyboard, and plenty of ports. 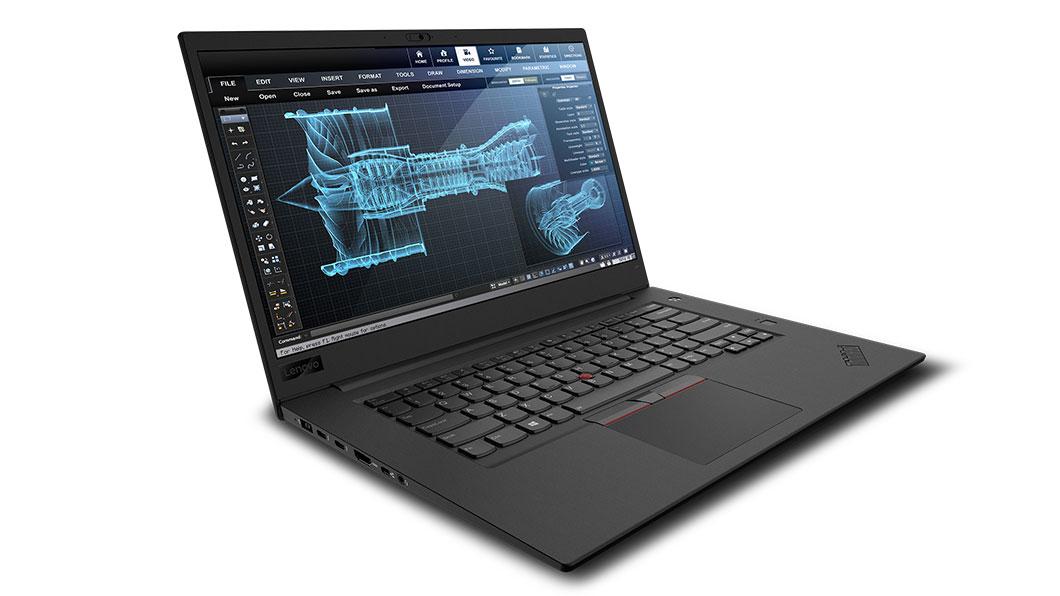 £1,549
View at Lenovo UK
£1,667.91
View at BT Shop
£2,406.94
View at Amazon
?
See all prices (5 found)
Incredible performance in a slim chassis
One of the best displays on a laptop
Wired ethernet has shifted to a new ‘mini’ standard
Not vastly cheaper than Apple’s premium models

Rounding off our pick of the best laptops for programming is the ThinkPad p1. With this model, Lenovo has taken the kind of computing experience most of us assume is only possible with a desktop workstation housed in a large box under a desk, and not only made it portable, but squeezed it into a form that in thickness, is close to an Ultrabook.

It’s the only laptop of this size that offers professional-grade Xeon processors, with up to six cores, an Nvidia Quadro P2000 graphics card and up to 64GB of memory. You can stuff it with up to 4TB of nVME SSD storage, and opt for a 15.6-inch 4K display that’s not only touch-sensitive, but colour-accurate too. It’s a great general-purpose workstation, capable of all kinds of visual design work and heavy lifting processor-intensive tasks.

Of course, it works great for coding as well. That’s partly thanks to Lenovo’s excellent keyboard design, but in general, the ThinkPad P1 is superbly built, including a semi-rugged chassis that can survive light knocks, a very healthy selection of ports, retaining two original USB Gen 1 ports, as well as two newer, Thunderbolt capable USB type C ports and HDMI. Make no mistake, if it’s raw performance you want, this is the laptop to go for.

£2,406.94
View
See all prices
We check over 130 million products every day for the best prices
View All Deals